At last! You can look fab and save the planet

When Meghan Markle stepped out on a recent public engagement in Cardiff, something in the fashion world changed for ever.

Not only was the royal bride-to-be wearing jeans — but jeans by an overtly eco-conscious brand.

The (previously) little-known company Hiut Denim takes a sustainable approach to their designs, offering free repairs and encouraging customers to go for as long as possible without washing their jeans in order to make them ‘more beautiful’.

And ever since Meghan wore a pair, the company says it has been inundated with calls. Just to hammer the eco-style point home, she paired her black skinnies with a top by environmentally conscious label Theory, as well as a wrap coat by designer Stella McCartney, who is a life-long eco trailblazer.

It isn’t stretching the point to say Meghan is already having a Princess Diana-like influence on fashion — and her previous incarnation as a lifestyle blogger means she understands exactly what makes the style world tick. What she wears matters, and her outfit looks set to propel eco-fashion into the mainstream.

Meghan Markle (pictured) wore earrings to empower women, a cruelty free coat, Jeans made in Wales and a bag that helps charity at a recent public engagement in Cardiff

And not before time. Until recently, environmentally conscious clothing suffered from an image problem. It just didn’t seem possible to tread lightly on the planet without throwing away your style credentials and submitting to a life of shapeless cotton and tea bag brown.

From time to time, a store would trot out an organic cotton T-shirt and no one would care. Sure, there were niche companies online selling vegan shoes and carbon-neutral dresses, but the British High Street was resolutely pumping out fast, trend-led fashion.

Things were ‘in’ this season, ‘out’ the next and none of the big players seemed interested in either the impact of production or what happened to their clothing after customers got bored with it.

Unless you could afford to pay for Stella McCartney’s catwalk looks, your chic eco-fashion options were seriously limited. Then, last year, something started to shift. The token organic tees suddenly became entire collections.

Customers welcomed the eco-credentials and — crucially — lapped up the stylish designs. It turned out they were even prepared to pay slightly more (up to around £100) than usual Mango prices for the premium sustainable fabrics. Zara, meanwhile, launched its Join Life collection with pieces made from recycled wool, Tencel and organic cotton, which uses 90 per cent less water to produce than conventional cotton.

With one in three pairs of women’s PJs in the UK purchased in Primark, the retailer hailed this as a significant step towards changing their supply chain. 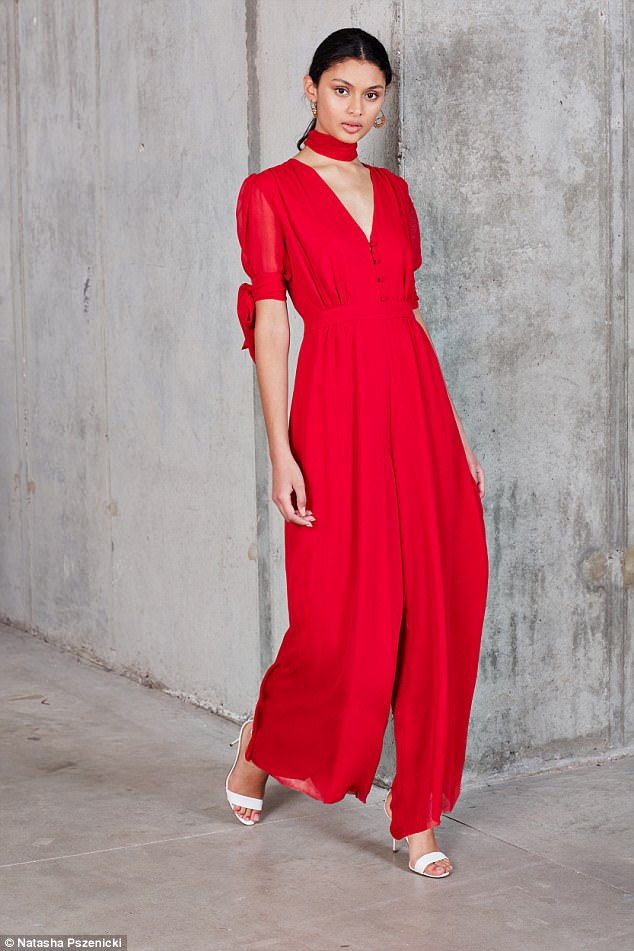 Suddenly, High Street retailers were showing off their sustainability data and environmental impact reports. In April last year, H&M (whose Conscious collections have been available since 2011) raised the eco-bar even higher by pledging to use 100 per cent recycled or sustainably sourced materials in its products by 2030.

The following month, online fashion giant Asos committed to move towards a ‘circular fashion system’ by 2020 — one in which resources are kept in the production process as long as possible through re-use and recycling, rather than the traditional linear business model of make, use, dispose.

To this end, Asos plans (by 2020) to introduce a garment recycling programme for customers in the UK and Germany, its two biggest markets, and also to begin eradicating non-recyclable textiles from its designs.

At the higher end of the market, celebrities and designers are equally eager to display eco-fashion credentials. At autumn’s Milan fashion week, Livia Firth — a key figure in the campaign for sustainability in fashion and wife of Colin Firth — gathered power players (including Anna Wintour, Tom Ford, Miuccia Prada and Giorgio Armani) for the first Green Carpet Fashion Awards.

As she put it: ‘The red carpets are the biggest communication platform in the world.’ 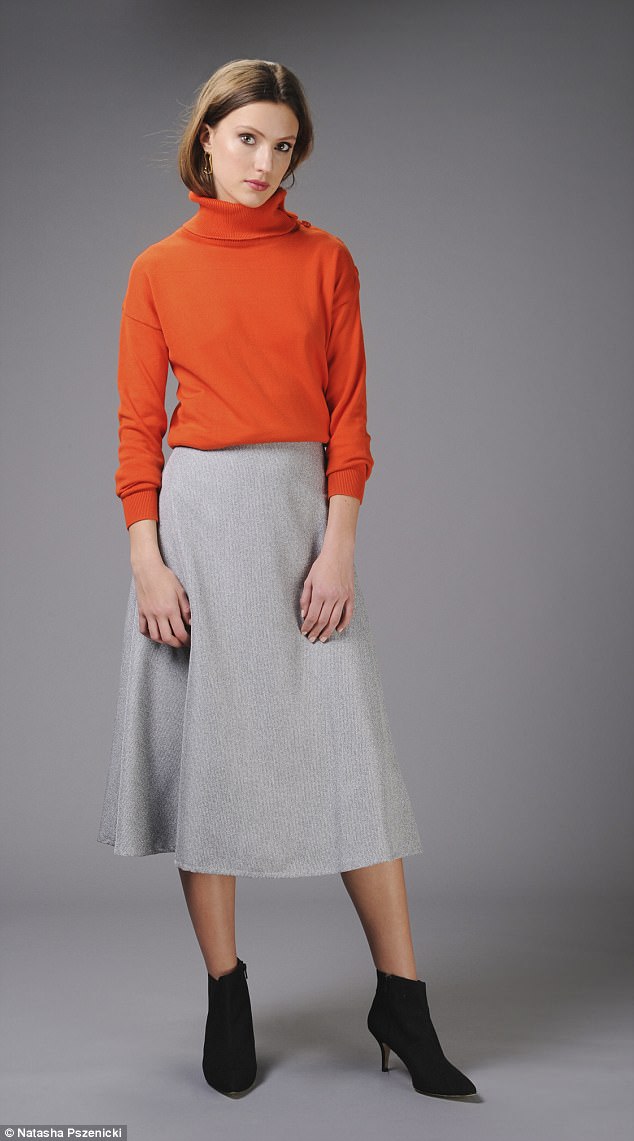 The cynics among you are no doubt rolling your eyes. Fashion jumps on a new bandwagon — what a surprise! Well yes, to an extent you’re right — eco is this year’s black — but analysts believe there is more to it. ‘We see this as more than a fashion fad,’ says Tamara Sender, senior fashion analyst for Mintel.

‘Although there’s no data yet on what fashion’s eco-market is worth, the fact big High Street players are putting sustainable clothing and manufacturing front and centre this year means customers are asking for it.’

Holly Allenby, who launched ethically aware fashion website The Acey in 2014 and now stocks more than 35 sustainable brands, agrees. ‘When I launched just a few years back, using words such as “sustainable” and “ethical” was problematic. They weren’t appealing.

‘Now people understand that you can have good ethics and good aesthetics.

‘The whole thing has moved right away from those hippie, bohemian sensibilities.’

So, beyond the High Street, who is doing sustainable style best? For an investment piece, try Swedish designer Filippa K (filippa-k.com). The range has everything from a pretty quilted jacket to a serious evening coat and prices start at about £200. Website Reve En Vert (reve-en-vert.com) also has higher-end looks, including pieces from U.S. designer Mara Hoffman.

For more casual looks, browse Gather&See (gatherandsee.com), where you’ll find fabulous knitwear (not in tea bag brown, promise). People Tree (peopletree.co.uk), meanwhile, does prints particularly well: a dress will cost you between £70 and £80. 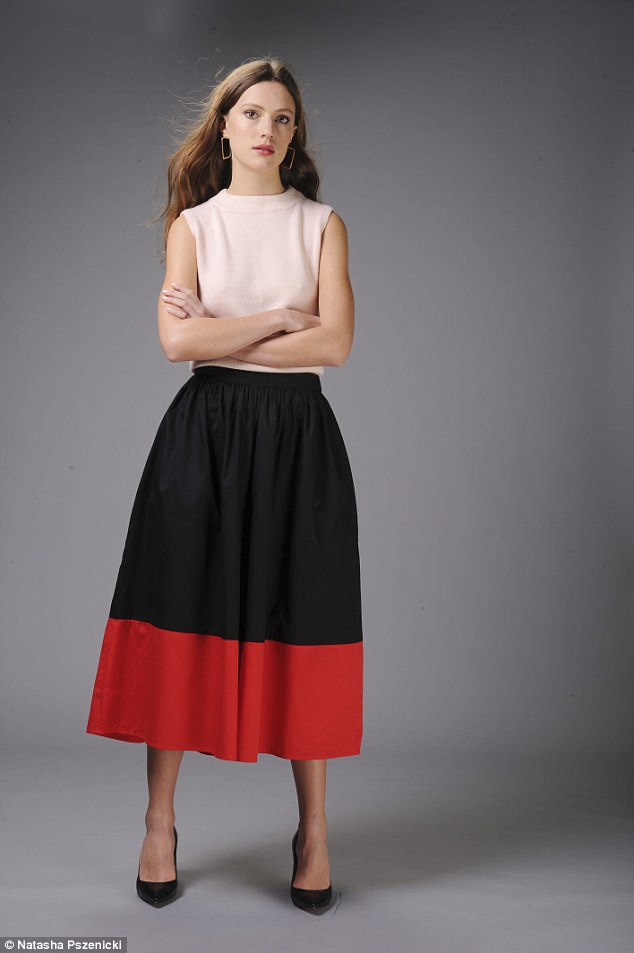 If you’re after a party look, Reformation (thereformation.com) has a stylish (and surprisingly affordable) offering in colours that buck the traditional eco-palette. Silver, rich crimson and rainbow stripes anyone?

For shoes without leather, try Beyond Skin (beyond-skin.com). This brand does more than just eschew leather, it also thinks about the impact of the materials it does use. For example, its satins are made from polyesters rather than viscose because viscose is processed using acid chemicals and is, therefore, more environmentally damaging.

Jewellery fans will love Made (made.uk.com), which has a long history of stylish collaborations with everyone from Louis Vuitton to Topshop. The brand also does a line of handbags and purses made of leather crafted in its Kenyan workshop.

Its goal is ‘responsible fashion’, meaning it develops the traditional skills of artisans while ensuring fair pay and a safe working environment.

Of course, before we get too self-congratulatory about our newfound interest in eco-clothing, it’s worth bearing in mind the majority of the fashion industry is still profoundly environmentally unfriendly.

It is still the world’s second most polluting industry (after oil) with about 10 per cent of global carbon emissions resulting from the apparel and textile industry, not to mention 25 per cent of the world’s chemicals being used for textile production. On top of that, the industry uses more water than any other, except agriculture.

There’s also the waste issue. During their last spring clear outs, Britons were estimated to have sent 235 million items of clothing to landfill. 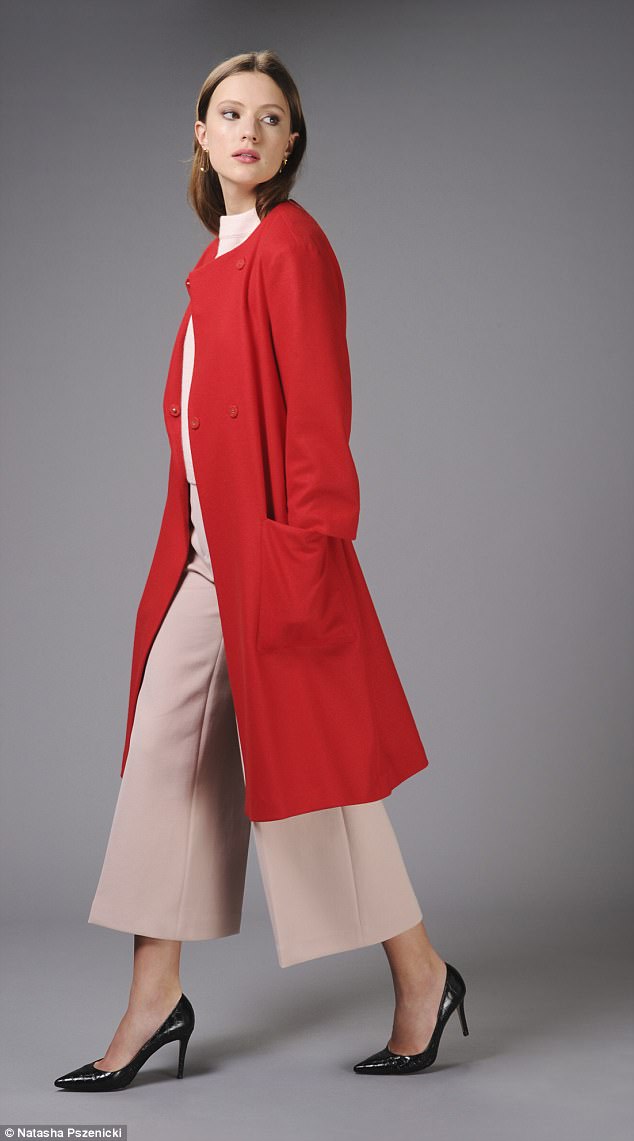 Over the past decade, apparel has been the fastest growing waste stream in the UK. The manufacture of polyester (which pollutes marine environments and takes decades to degrade) is still rising, up 157 per cent since 2000.

So should we be supporting High Street chains in their eco-efforts when the core of their business is still far from eco?

Isn’t this just PR spin, or ‘greenwashing’ as it has become known?

Melanie Traub, UK managing director of People Tree, believes we should get behind them — even if they still have a long way to go. As pioneers of ethical and sustainable fashion for 25 years, People Tree has seen eco-style transformed from fringe activity to mainstream concern.

‘They might not be doing things in the purist way we are [People Tree promises environmentally friendly resources and methods are used in all its products rather than only in ranges] but, equally, they have a platform that we can never have,’ she says.

‘If they can educate customers about the impact of their fashion choices, then that can only be a good thing. They are also helping to spread the important message that sustainable and ethical fashion does not have to be about wearing sackcloth.’

One of the key problems faced by shops is that their business models tend to be based on you buying lots of clothes — and lots of clothes is exactly what the planet doesn’t need.

Where can I find Eco clothing in the UK?

H&M CONSCIOUS One of the first eco ranges on the High Street; expect great basics for as little as £4.99 as well as colourful sportswear made with recycled polyester (hm.com/conscious).

As sustainable label Reformation puts it on its website: ‘Being naked is the number one most sustainable option. We’re number two.’

So, what else can fashion brands do to help? One idea — and something the beauty industry has been on to for a while — is to direct some profits towards charities.

Everyone from retail giants to more niche fashion brands have cottoned on to this.

British brand Beulah, for example, donates 10 per cent from its Blue Heart products to the UN Blue Heart Campaign, which raises funds for victims of human trafficking.

Recycling is another area in which big retailers can make a difference. Mango’s communications director Guillermo Corominas is proud to report that the store’s Second Chances project, collecting used clothing and footwear across selected stores in the UK and Europe, is going from strength to strength.

‘Mango has collected three tonnes of garments,’ he says. ‘The forecast is double that amount by the end of 2018.’

This is a scheme run with Oxfam whereby you drop any item of clothing (it doesn’t have to be M&S) into in-store bins.

If you have an M&S Sparks card and show your ‘shwop’ at a till before you drop, the store will give you 50 points. M&S guarantees to resell, reuse or recycle your items — and most importantly says that nothing will end up in landfill. TK Maxx, H&M and Zara also offer garment recycling services.

So now sustainable fashion has shaken off its hippy-dippy image and become a viable option for style influencers like Meghan Markle, what’s next?

People Tree’s Melanie Traub believes this is the year we will begin to see the shaming of companies still using non-sustainable materials and failing to protect workers.

‘It’s not going to be quick,’ she says, ‘because the truth is that we consumers are lazy, and creatures of habit.

‘But in the same way single-use plastic bags are starting to become unacceptable, so I think it will be with fast fashion.

‘Maybe not this year or next year, but within a decade I believe disposable, untraceable, flash-in-the-pan fashion will have had its day.’