A building due for repairs that could not be carried out due to coronavirus restrictions has collapsed, killing at least 10 people in the Indian city of Mumbai.

Between 20 to 25 people are feared trapped under the rubble of the four-story building in Maharashtra state that collapsed at around 4 am, said India’s National Disaster Response Force, and rescuers are working to find and free them.

Some residents were trying to get out of the building, in the industrial town of Bhiwandi, 25 miles northeast of Mumbai, after cracks appeared in it in the middle of the night, when it crashed down.

At least 11 people were injured when the building collapsed, said Pankaj Ashiya, the commissioner of Bhiwandi in Thane district, a suburb of India’s financial capital Mumbai.

He said the building was more than 30 years old and needed repairs, which could not be carried out due to the coronavirus lockdown.

Aftermath of a residential building’s collapse in Bhiwandi, outskirts of Mumbai, India, on Monday 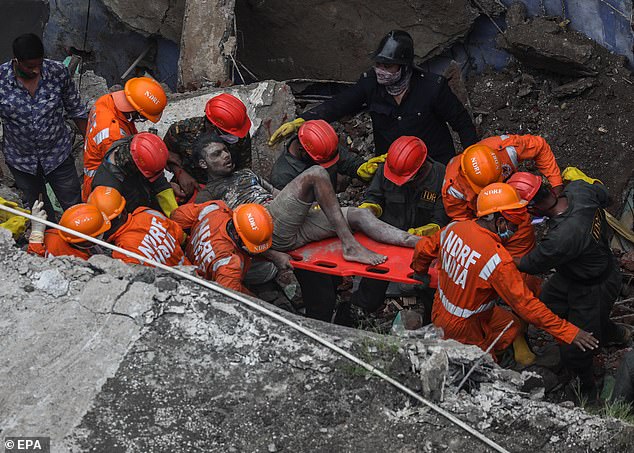 National Disaster Response Force (NDRF) personnel rescue a survivor from the debris of a residential building which collapsed in the early morning, in Bhiwandi 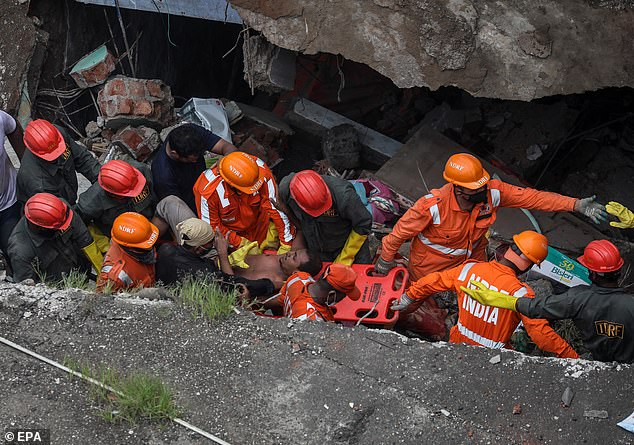 Emergency responders rescue a man from the rubble after a building collapsed. At least 11 injured people were rescued in total

‘Half of the building collapsed and nearly 25 to 26 families are feared trapped,’ Ashiya said.

It was not clear why the building, which had 54 apartments on three floors, collapsed.

At least 11 injured people were rescued.

Teams of police, city workers and members of the National Disaster Response Force removed debris in the cramped lanes of the neighbourhood, trying to reach people calling out for help under the rubble, a Reuters witness said.

‘We heard a noise and I noticed that there were cracks on the floor,’ resident Sharif Ansari, 35, told Reuters. 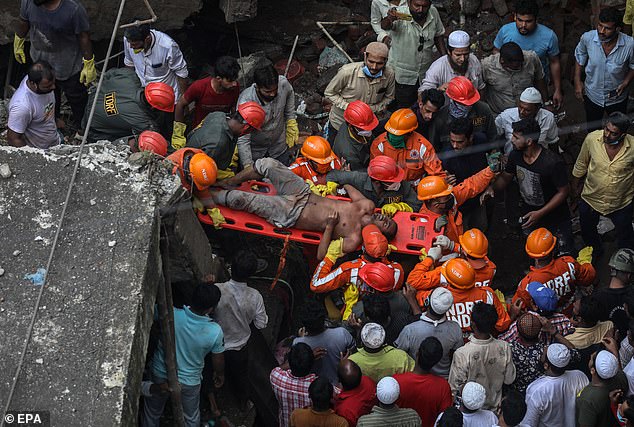 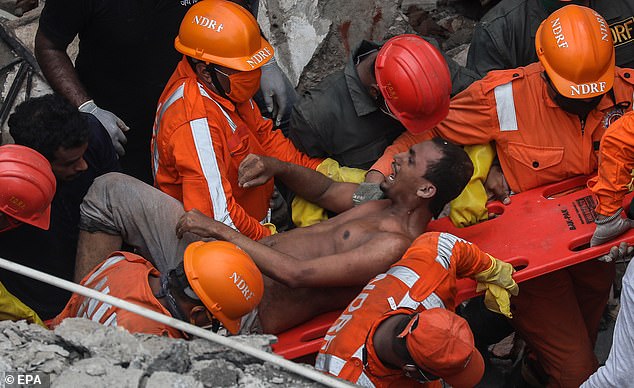 A man is rescued from the rubble. Teams of police, city workers and members of the National Disaster Response Force removed debris in the cramped lanes of the neighbourhood 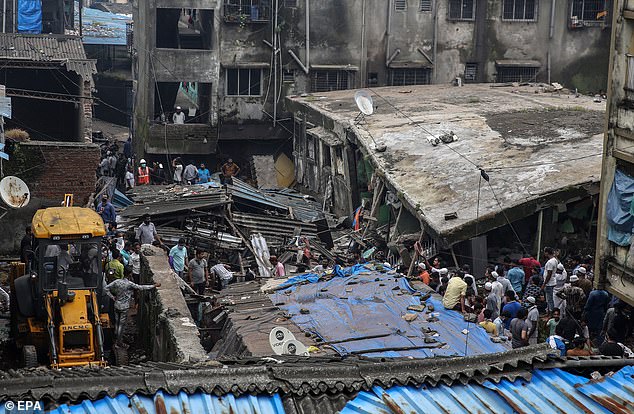 People gather at the scene of a residential building’s collapse in Bhiwandi, on the outskirts of Mumbai, India

‘I woke up my neighbours and my wife and we rushed everyone down.’

Ansari said he went back up to alert more people and was on the first floor with some other residents when the building it came down.

‘We jumped from there and managed to escape but there are at least another 60 people trapped,’ he said.

Torrential rain is often blamed for building collapses in India, with the number of incidents, often involving old or illegally built buildings, rising during the June-September monsoon.

Indian Prime Minister Narendra Modi expressed his condolences on Twitter. ‘Praying for a quick recovery of those injured. Rescue operations are underway and all possible assistance is being provided to the affected,’ he wrote.

Maharashtra is one of India’s hardest hit states by the virus with over a million reported cases. India has reported over 5.4 million coronavirus cases.

Last month, more than a dozen people were killed when a building collapsed in the industrial town of Mahad, 100 miles south of Mumbai. 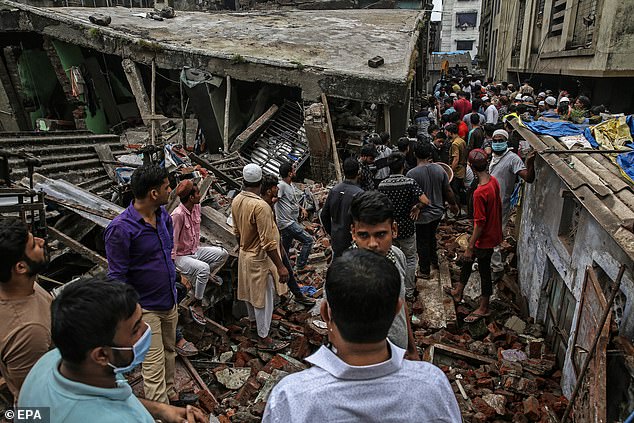 People gather at the scene of a residential building’s collapse in Bhiwandi, on the outskirts of Mumbai