At least 10% of Britons will IGNORE request to self-isolate when contacted by NHS Covid tracers due to lockdown fatigue, says health chief amid reports scammers are falsely alerting people they have virus to steal data

At least 10 per cent of Britons will ignore requests to self-isolate when contacted by NHS Covid tracers, a health chief has warned.

It is thought that lockdown fatigue will cause people to ignore advice offered to them via a tracing app.

The concerns come amid reports that scammers are falsely alerting people that they have coronavirus in a bid to steal their data.

Professor Isabel Oliver helped design the Government’s tracing app to track those who are at risk of being infected. 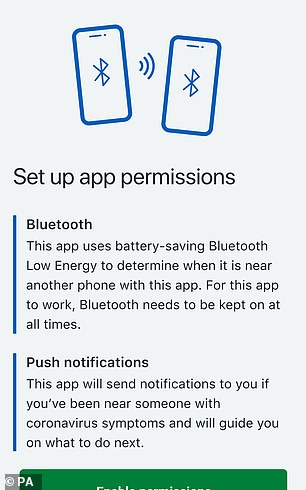 The Director of the Field Epidemiology Service at Public Health England told the Sunday Telegraph that though most people are willing to comply, a minority will disobey instructions.

Scammers are undermining the test and trace app by falsely telling people they could have Covid.

Public Health England says that people should be wary of suspicious messages.

Prof Isabel Oliver is urging people who use the app to check any messages against the Government’s app explainer.

Public health directors are calling for all forms of communication to involve two-step verification.

They believe this will get rid of the risk of scammers stealing sensitive and confidential data.

‘This has been a very prolonged outbreak,’ she said. ‘Invariably we find that everyone is very willing to help, but these are exceptional circumstances, with an outbreak that has been so prolonged and had such an extensive impact on the people’s lives, so it is understanding that some people will be resistant.

‘But having said that we are finding that lots of people are supportive and we are very grateful for that because for the programme to be successful in controlling the virus – we need that support from the nation as a whole.’

Test and trace launched in England on Thursday and Professor Oliver’s team immediately hit a wall of IT problems.

But she stressed that any delays to having tracers logged in was down to the fact that the app is run on a ‘very secure system’.

It could be another month before the scheme is workable at a local level and several public health developers told the paper that ways of linking up councils with the central operation were being rushed through on Friday.

Meanwhile, Boris Johnson’s alleged ex-mistress told the Mirror that she would not use the app. 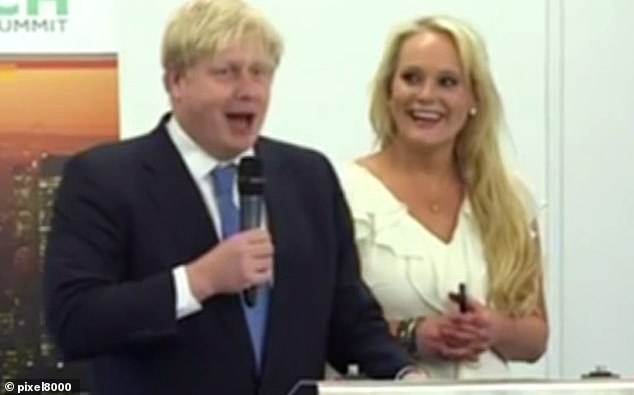 The technology expert said: ‘There is no way I would download that app.’

The 35-year-old raised her fears about the software, which may eventually hold data on millions of Britons, in an interview.

She said: ‘The Government can say they’re doing the best to keep it secure, there’s just no guarantee it’s 100 per cent secure or the data is going to be kept secure, encrypted and used only for this.

‘I don’t think people should give away their freedoms.’

It follows revelations that Britain abandoned test and tracing for the coronavirus earlier in the pandemic because the system could only cope with five cases a week.

Official documents from the Government’s Sage advisory committee reveal that the routine testing and tracing of contacts of people with the virus was stopped because Public Health England was facing a desperate shortage of capacity.

Since the first Covid-19 cases were confirmed in York on January 31, 272,826 people in the UK have since tested positive for the virus.

The decision to scrap routine testing for those displaying symptoms 12 weeks ago is now being seen as a major factor for how the UK has the fifth-highest total number of infections.

Sage documents show how, in a meeting on February 18, advisors said that Public Health England (PHE) could only manage the contacts of five Covid cases a week, hoping to possibly increase this to 50 people.