At least 12 people have died of diabetes in Georgia jails and prisons where they were not given treatment that would have kept them healthy in the last decade.

Their blood sugars spiked to many times the normal range, they were flippantly denied insulin, and their their symptoms were dismissed by guards and staffers that wrote off incoherence and days of vomiting as substance abuse or mental illness.

Some 2.3 million Americans are confined in the massive US prison system where their health is often neglected and care is extraordinarily expensive.

For at least 12 men and women, prison was a death sentence, unrelated to their crimes, but because their treatable disease was ignored, a new Atlanta Journal-Constitution investigation reveals.

Willie Whaley died at just 31 at the Georgia State Prison of diabetic ketoacidosis (AKD). He was given insulin for two days, then denied the injections after he tested positive for methamphetamine while in the prison’s medical center

The US has the largest population of incarcerated people in the world.

In fact, there are about as many Americans in prisons, jails and other corrections facilities than there people in the entire country of Botswana (and about twice as many as live in Cyprus).

But as the prison system has stretched and grown, care for the people living within it hasn’t, and their neglect is not only hurting prisoners, but has begun to have echoes in the health of the population at large.

Rates of both mental and chronic illness are much higher among incarcerated people than among the general population.

During intake, people going to jails and prisons are supposed to have a medical examination and continue or start to receive any medications or treatments appropriate to treating their conditions.

But correctional facility guidelines say that a prisoner has to be examined and have his or her medical history taken within 14 days of intake.

‘And obviously someone with type 1 diabetes is going to be dead’ without insulin for two weeks, says Dr Daniel Lorber, chair of the American Diabetes Association’s National Advocacy Committee.

Willie Whaley was admitted to the medical center at Georgia State Prison in December 2017, the Atlanta Journal-Constitution (AJC) reported. 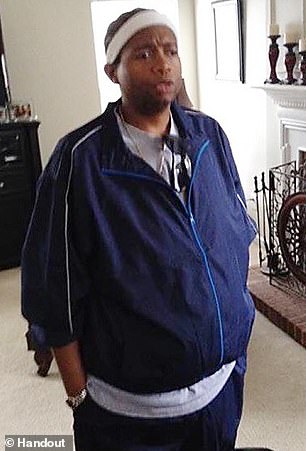 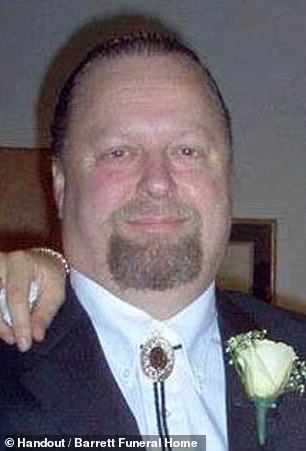 Willie Green III (left) had been needed insulin since his 20s, but died of DKA at a hospital less than two weeks after he was booked in Fulton County Jail in 2017. After violating his probation, Paul Mullinax (right) lost his life to diabetes-related complications

For the first two days that he was in medical, Willie, who had been diagnosed with type 1 diabetes as a child, was given insulin.

When the screen came back positive for methamphetamines, the medical staff stopped giving Willie insulin.

It is unclear what other diabetes drugs Willie might have been on, but one of the most common such prescriptions, Metformin, is known to occasionally show up as a false positive on drug screens.

Three days after coming to the medical center, Willie was dead.

He was never put back on insulin and never saw a physician, according to the AJC. 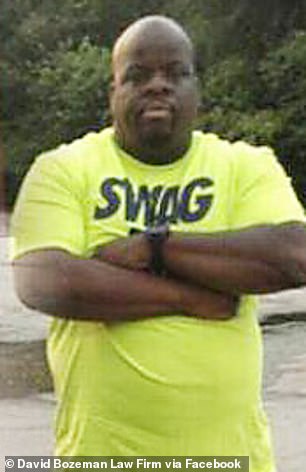 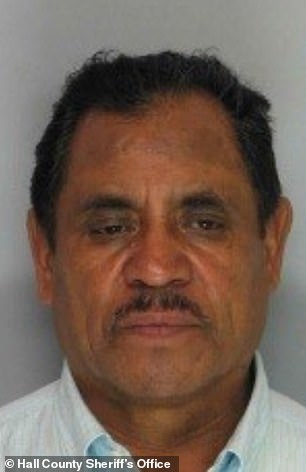 At 41, Douglas Brown (left) died in 2013 of DKA after just 11 days at Fulton County Prison in Georgia. taff at Hays State Prison finally realized that Esteban Mosqueda-Romero (right), 63, was ill and took him to a hospital, but it was too late for him to recover form DKA

But an autopsy cited his diabetic medical history and revealed that Willie’s blood sugar was five-times what it should have been for a 31-year-old.

Willie’s mother, Rebecca Hill, plans to file a lawsuit against the facility for her son’s death.

A typical person with type 1 diabetes needs at least two shots of insulin to keep their blood sugar levels stable. Some need as many as four a day.

Without insulin, the body cannot process glucose properly to energize cells, so the sugars stay in the blood.

In desperation, the body starts to prey on fat stores, which produces acidic compounds called ketones in the blood. These can build up and become toxic, leading to a diabetic coma, or even death, as was the case for these inmates.

The symptoms of ketoacidosis come on quickly, in as little as 24 hours.

But the response of medical personnel in correctional facilities is often anything but fast. 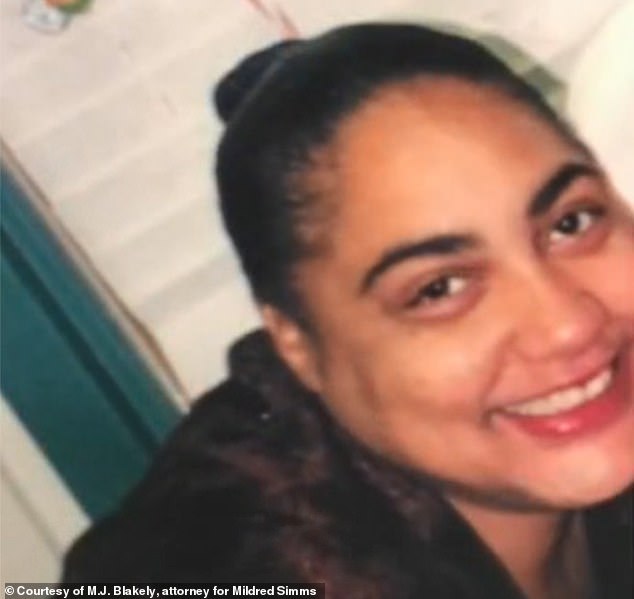 Wickie Bryant struggled with mental illness and would often refuse her diabetes medications. But the Atlanta City Detention Center didn’t monitor her closely, a report suggests. She had been dead of DKA for hours by the time her body was discovered

By the time 55-year-old Wickie Bryant was found at Atlanta City Detention Center in 2015, her body was in full rigor mortis, indicating that she’d likely been dead at least three hours, despite the facility’s protocol for hourly checks, according to the investigator’s report.

She had a history of type 1 diabetes, mental illness, and a tendency to refuse to take her medication. But that was all the more reason she should have been closely monitored by the correctional facility – not left dead for hours.

Barnes Nowlin Jr missed a court date for a traffic case in 2008, and lost his life for it.

The 39-year-old diabetic truck driver was on three different pills to manage his condition, and his wife brought them all to Whitfield County Jail after he was arrested, the AJC reported.

But it seems his medications were not consistently administered, and after just three days at the jail, Barnes was vomiting and too weak to stand.

A nurse was allegedly asked to check on him a number of times, but she ‘ignored’ these requests, according to the AJC. 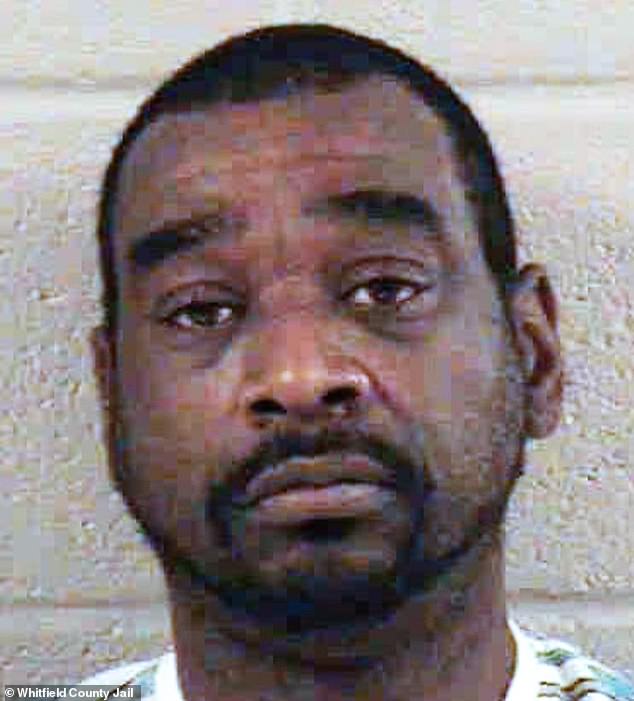 Barnes Nowlin was ignored by a jail nurse for hours before the 39-year-old’s death in 2008, despite multiple requests for someone to check on the weak, vomiting inmate

Barnes’s death was ruled a homicide by an investigating coroner, but no criminal suit was brought and the civil case his wife brought was against the jail was ultimately dismissed.

The phenomenon isn’t limited to the southern state, though.

Eerily similar cases have been reported in Tennessee, Nebraska, Oklahoma, Illinois, and Arkansas.

Dr Lorber has worked on some of these cases, including one woman who was ‘ignored to death,’ he says, though he could not reveal details of her identity or location without the consent of the family. 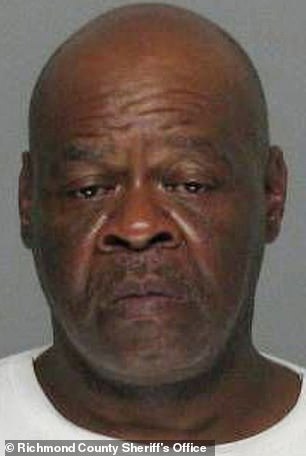 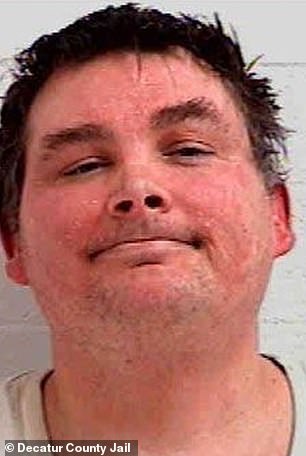 Lindsey Ruffin Jr (left) died at 55 after suffering for at least a week as DKA took hold of his body. David Fletcher Jr (right) was jailed in 2012. He quickly started acting erratically and was found dead of DKA, covered in his own vomit within a week

David Fletcher Jr missed child support payments and was jailed in 2012. He quickly started acting erratically and was found dead of DKA, covered in his own vomit within a week.’She was jailed for 17 days, for violation of her parole or something fairly minor,’ he says.

‘After about three days [during which] they kind of ignored her, the doctor came to see her when she was lying on the floor, soaked in her urine and looked at her through the door of her cell, eight feet away.’

That was the extent of the medical attention the woman received.

Last year, the ADA signed onto a class-action lawsuit against one of the largest prison management companies in the US, CoreCivic, alleging that the neglect of some 60 prisoners with insulin-treated diabetes in its Tennessee facilities constituted ‘cruel and unusual punishment.’

And an unknowable number have already died miserable, preventable deaths behind bars, simply because they weren’t given treatment and their symptoms were ignored.