By Tim Stickings and Jack Elsom For Mailonline

At least 12 have been injured after two cars collided and ploughed into spectators at a ‘boy racer’ meet in Stevenage tonight.

Footage shared on social media showed a car hurtling past another vehicle and smashing into youngsters in the Hertfordshire town.

It sent the slower-moving car ploughing into another group of people on the other side of the road.

Witnesses said there were ‘at least 30’ emergency services on the scene in the aftermath of the horrific crash.

A major incident has been declared at Lister Hospital in Stevenage as emergency services deal with the casualties. 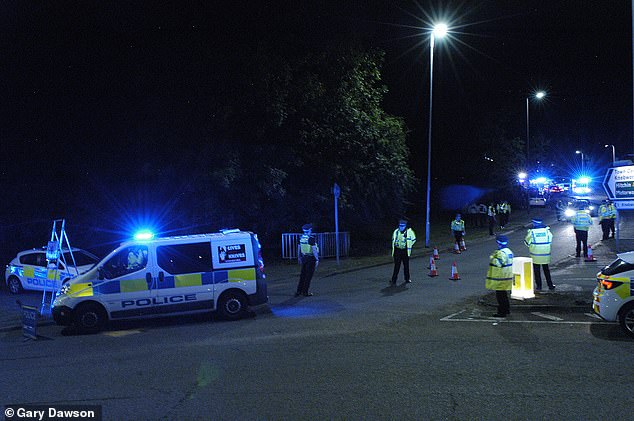 Pictures in the aftermath showed a line of police officers by the side of the road as well as ambulances on the scene.

The collision took place near a Wickes DIY store on the A602 in Stevenage on Thursday evening.

A crowd of people was gathered on either side of a road watching vehicles come past.

One vehicle turned out from a side road, just seconds before the second, blue car came hurtling along at huge speed.

It clipped the slower vehicle, sending them both into pedestrians before the video cuts out.

A helicopter is reported to have arrived at the scene as casualties are taken to hospital.

The car meet was described on Facebook as an ‘extra special meet’ to raise money for families affected by stillbirth and miscarriage.

It was intended to gather funds for a charity called 4Louis which provides equipment and training to hospitals and medics involved in the death of a child.

Visitors are invited to ‘come along and spend your Thursday evenings with fellow car enthusiasts.’

Event organisers called it a ‘strictly static’ event and warned that ‘any antisocial behaviour will not be tolerated’.

Did you see what happened? Get in touch – tips@dailymail.com or tim.stickings@mailonline.co.uk 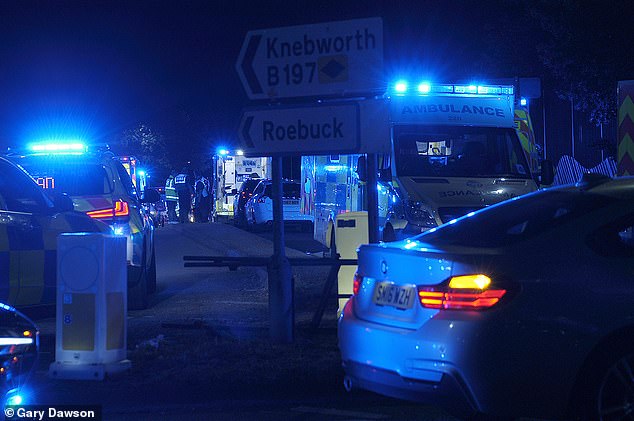 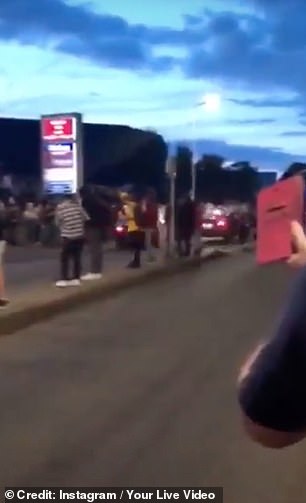 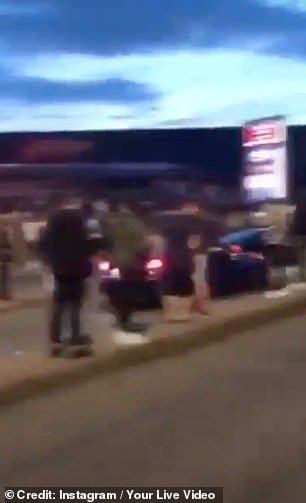