At least 27 children are killed in Liberian boarding school fire

At least 27 children have been killed after a blaze broke out at an Islamic boarding school in Liberia, police confirmed on Wednesday.

The children were in Koran lessons at the school in the suburbs of Monrovia when an ‘electrical issue’ caused the fire, reports said.

‘The kids were learning the Koran when the fire broke out,’ police spokesman Moses Carter said.

He added that the blaze was caused by an electrical issue late on Tuesday, and confirmed investigations are ongoing.

Carter had originally said 30 children were killed before revising the death toll down to 27. Two survivors were taken to the hospital, he said.

Police told the BBC that they are still searching for bodies in the ruins of the school.

Red Cross ambulances were seen removing the dead from the scene, and there are said to be plans to bury the victims this afternoon.

President George Weah took to Twitter to offer his prayers to the families of the children who had died in the fire. 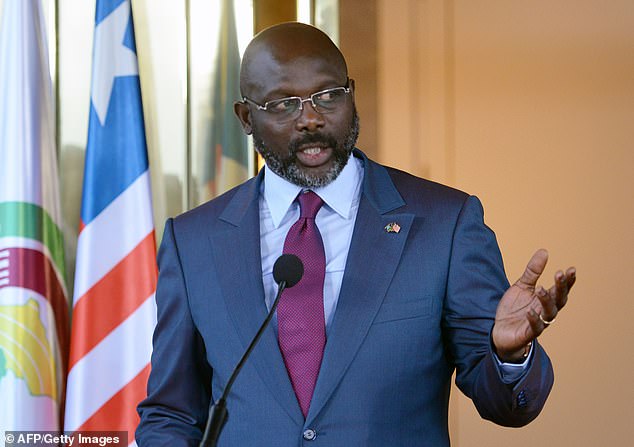 ‘My prayers go out to the families of the children that died last night in Paynesville City as a result of a deadly fire that engulfed their school building,’ he said.

‘This is a tough time for the families of the victims and all of Liberia.’

A photograph shared by Liberia Public Radio showed large crowds gathered outside the yellow and green entrance to the building on Wednesday.