BREAKING NEWS: At least 36 people – including children – are injured on Hawaiian Airlines flight: Passengers from Arizona ‘crash into plane’s ceiling’ and are knocked unconscious during turbulent ‘mass emergency’

At least 36 people have been injured in a ‘mass emergency’ onboard a Hawaiian Airlines flight from Arizona after it encountered severe turbulence.

Passengers were thrown out of their seats on Sunday during the flight from Phoenix to to Honolulu – and it’s believed 11 people were seriously hurt, including several children and a 14-month-old baby.

People onboard Flight 35 sustained a variety of injuries, including serious head injuries, cuts and bruises when they crashed on to the plane’s ceiling.

Emergency services, including firefighters, ambulance crews, and the state Aircraft Rescue Firefighting Team, were called to the airport to respond to the ‘mass casualty emergency’ that occurred around 11am. 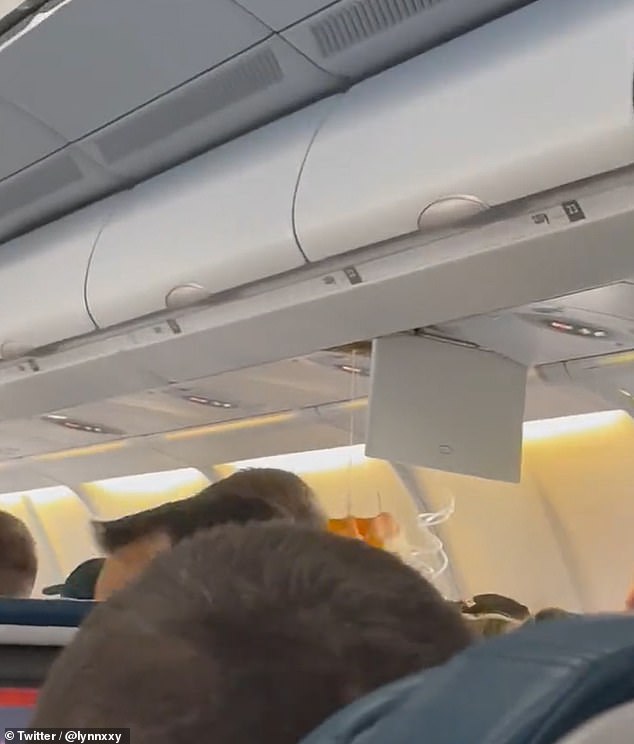 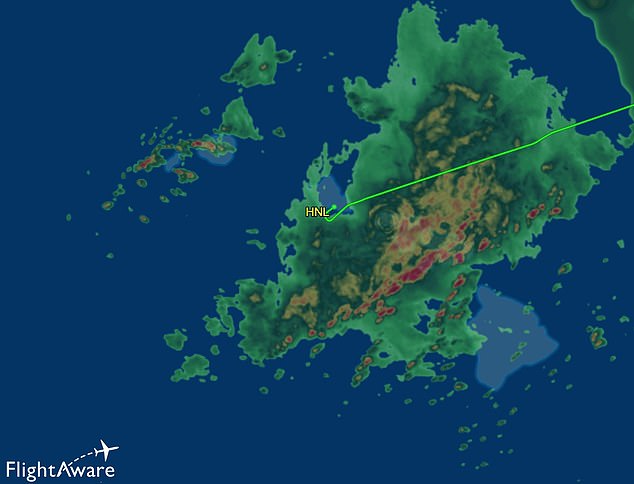 Of the injured individuals, 20 were taken to the emergency room, with 11 in serious condition and nine in stable condition.

One passenger took to social media following the ordeal, calling it the ‘scariest flying experience’ they had endured.

They said that there were people on board who suffered a broken neck during the chaotic turbulence.

‘Some ppl in the back with broken neck, bleeding on the head & face. I hope they all recover soon as this was a very traumatic event,’ they tweeted.

‘Made it home safe but will be going to the hospital later to check if I have an injury from whiplash or on my waist from the seatbelt when I floated up from my seat a bit,’ they later added. 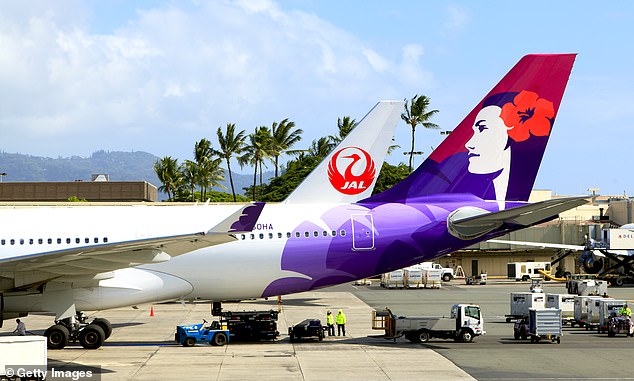 Passengers on the flight, who ranged in age from 14 months to adults, sustained a variety of injuries, including serious head injuries, cuts, bruises, and even some were knocked unconscious (file photo) 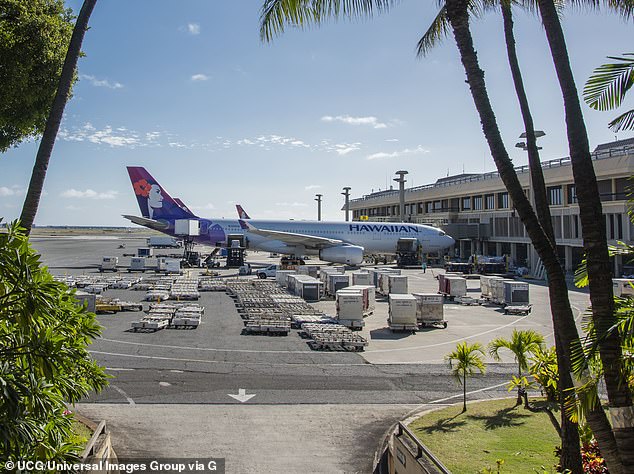 A Hawaiian Airlines flight from Phoenix, Arizona to Honolulu, Hawaii experienced severe turbulence approximately 30 minutes before landing on Sunday, resulting in the injury of at least 36 people, 11 of whom were seriously hurt (file photo)

The National Weather Service suggested the severe turbulence may have been caused by the flight passing through a storm, as there were scattered thunderstorms in the area at the time.

The incident occurred while the plane was at cruising altitude at 36,000ft as a strong cold front began to affect the state, bringing the possibility of strong winds, heavy rains, and thunderstorms.

One passenger, Kaylee Reyes, said the turbulence occurred about half an hour before landing.

Moments earlier, mother had just sat down in her seat and had not yet fastened her seatbelt.

‘She flew up and hit the ceiling,’ Reyes told Hawaii News Now.