Up to eight people were injured after a suspected gas explosion destroyed a flat in West Yorkshire.

The explosion was heard in the Hick Lane area of the town of Batley between 6.30pm and 7pm today, with a bomb disposal van at the scene.

The white lorry – emblazoned with Royal Logistics Corps Bomb Disposal – was seen driving towards the cordon with flashing blue lights and sirens.

Police said ‘a number of people’ received burns and are being treated in hospital but their injuries are not thought to be life-threatening.

Four people injured were men aged between 35 and 39.

West Yorkshire Fire and Rescue Service said the fire was extinguished and crews were likely to remain on scene overnight due to concerns over the structural stability of the two-storey block.

Witnessesshared photos of the aftermath of the explosion on social media, expressing their shock 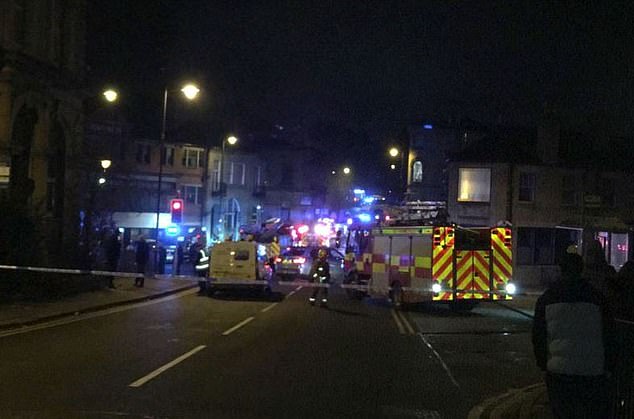 Emergency services at the scene of a suspected gas explosion in Batley, West Yorkshire, which injured at least three people

One woman revealed how she was sitting on the sofa at home when she heard the bang, with her kitchen walls caving in.

Zoe Palmer told the Examiner: ‘I was sat on the sofa and my partner had just gone to Tesco and there was a big almighty explosion and the kitchen wall came through and the windows and some bloke dragged me through the window to get me out to help. I’m shaken’.

Hannah Patel told Mail Online: ‘I was just around the corner from the explosion. There was a huge boom and I presume a fire as the whole sky was filled with smoke. 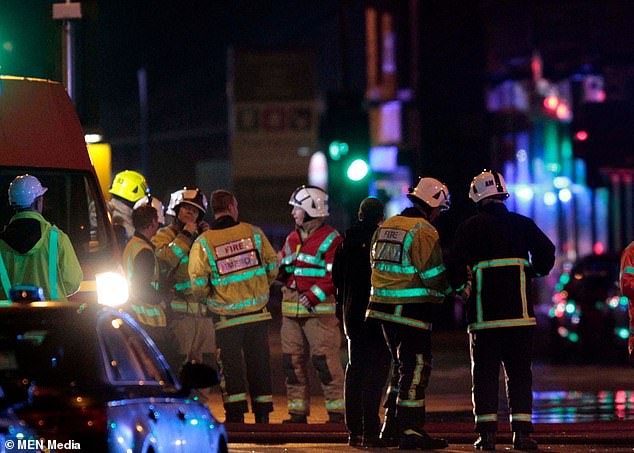 One woman revealed how she was sitting on the sofa at home when she heard the bang, with her kitchen walls caving in

‘I’m presuming this road is still closed and now all cars are being diverted. The whole of the local streets are full of traffic trying to get through.’

Fire crews, ambulances, police and a police helicopter were all spotted near the scene of the explosion.

One witness in a nearby building told the BBC: ‘I’ve never heard anything like it.

‘I came rushing out to find glass everywhere, some even blew 300 yards.

‘Then I saw two men exit the building covered in blood, smoking, obviously very shook up. It was like a war scene.’ 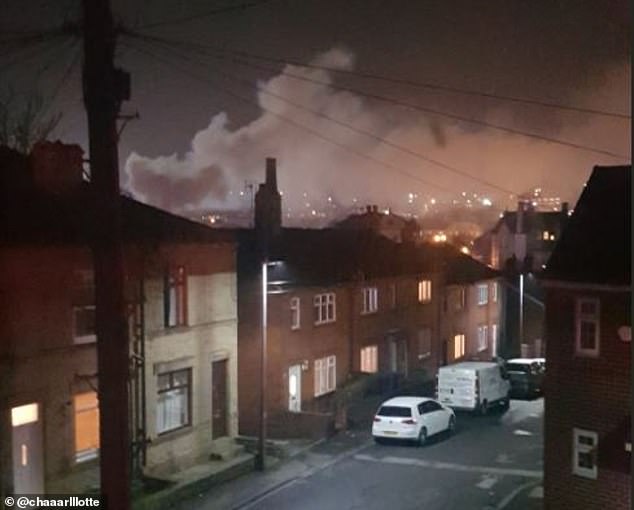 Shocked locals shared photos of the aftermath of the explosion, showing smoke spreading through the night sky 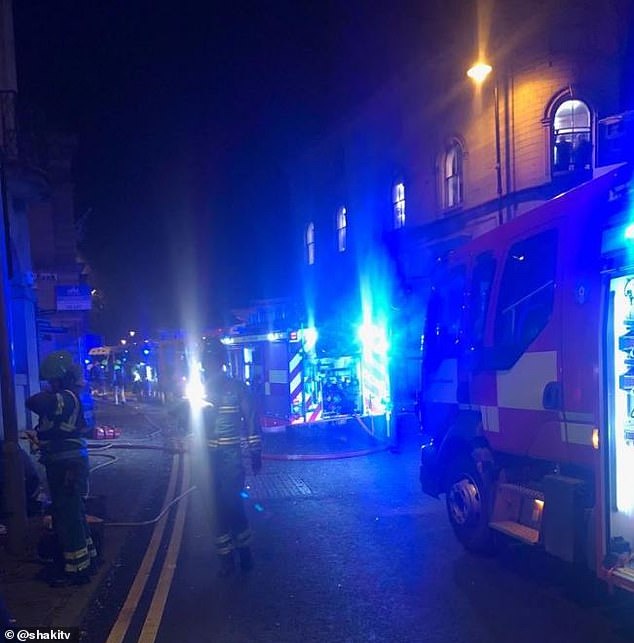 Fire crews, ambulances, police and a police helicopter were all in attendance following the explosion

Police officers at the scene said: ‘It was a gas explosion in a domestic flat and at least three people have been injured and are on their way to hospital’.

Residents took to social media to share their reactions to the explosion.

One user commented: ‘Hope everything is okay in Batley. Heard the loudest bang I’ve ever heard.’

Another said: ‘Walking up the road in Batley and a bloody explosion went off! Hope everyone is okay.’

A third wrote: ‘Chaos all over Batley. Roads are clogging up. Heard the explosion very close to it. Pretty scary!’ 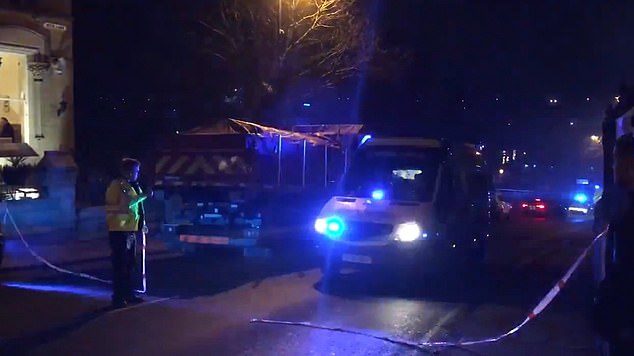 One resident wrote on Twitter: ‘Hope everything is okay in Batley. Heard the loudest bang I’ve ever heard’ 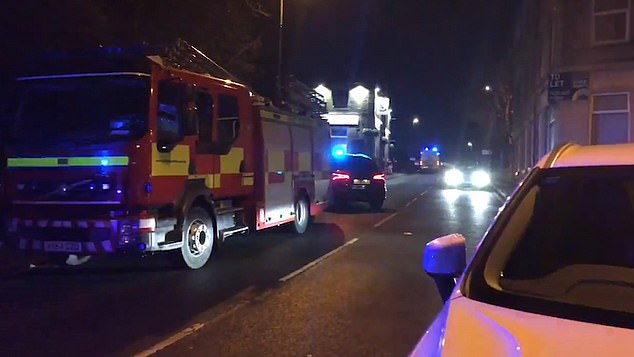 Police later commented: ‘A number of people have received burns and are currently being treated in hospital. It is not currently thought that anyone has suffered life threatening injuries’

West Yorkshire Police said in a statement: ‘Police and other emergency services are currently dealing with what is believed to be a gas explosion in the Batley area.

‘Officers were called at 6.47pm to reports of a loud noise.

‘A number of people have received burns and are currently being treated in hospital. It is not currently thought that anyone has suffered life threatening injuries.’

Chief Inspector Wayne Horner said: ‘I understand that this will have caused concern amongst the community; residents can be reassured that Police along with our partners from the other emergency services are on scene dealing with the incident.’

A spokesman for West Yorkshire Fire and Rescue Service said five people had been taken to hospital.

They said: ‘Crews are currently dealing with an incident at the junction of Hick Lane and Bradford Road in Batley.

‘They are working with Police, Ambulance and the local authority Emergency Planning Team to deal with an explosion in a two storey building, which is a block of converted flats.

‘Five people have been treated and have now been transported to hospital.

‘The fire is now out, and any remaining pockets of fire are being extinguished should they appear.

‘The incident was initially attended by 10 fire engines however this is being reduced to five.’