Manchester City were forced to settle for a point against Atalanta on Wednesday night after being reduced to 10-men and needing Kyle Walker to play in goal.

Claudio Bravo replaced Ederson in goal at half-time but the Chilean was then sent off, leaving City with no goalkeeper available. Walker stepped in and did what was required of him to earn City a point and edge them closer to the knockout stages.

City wasted no time in taking the lead at Atalanta’s adopted Champions League home of the San Siro.

Silva threaded a through ball to Jesus in the penalty area, who instantly flicked inside to Sterling to slot into the bottom corner first time after just seven minutes.

Guardiola’s side had a great chance to double their advantage in Milan.

Sterling saw his free-kick strike the hand of Josip Ilicic in the wall, which referee Aleksei Kulbakov dismissed.

But VAR stepped in and, after reviewing the decision on the monitor, gave the spot-kick to visitors, but Jesus dragged his tame penalty wide.

City suffered a blow ahead of their Premier League crunch with Liverpool at Anfield on Sunday as Ederson was replaced by Claudio Bravo at half-time.

And Atalanta were level four minutes after the restart. Alejandro Gomez pulled Nicolas Otamendi out of position before swinging a superb cross into the penalty area for on-loan Chelsea midfielder Mario Pasalic to head home.

City were left off the hook when a teasing Gomez corner found Berat Djimsiti at the near post but his glancing header bounced just wide.

Things got from bad to worse on the goalkeeping front for City.

Ilicic latched onto a through ball and beyond the visiting defence before Bravo raced outside the area.

The forward fell under a challenge from the goalkeeper, with Kulbakov brandishing the red card.

Bravo was adamant Ilicic dived and replays suggested the forward left his foot in order to make contact before VAR decided to make the decision stand.

After a lengthy delay, Kyle Walker came on for Mahrez wearing Bravo’s shirt and managed to keep out Ruslan Malinovsky’s resultant free-kick. 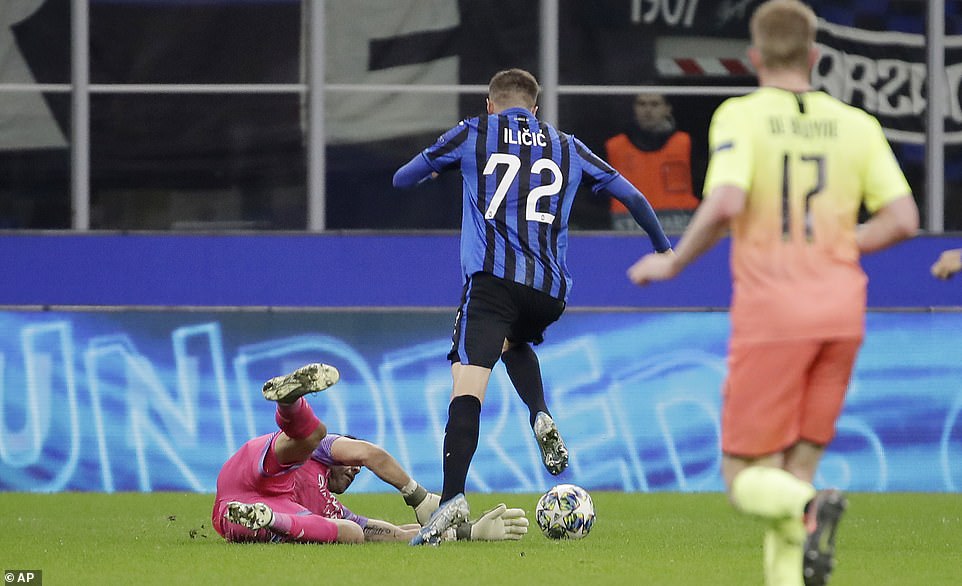 Josip Ilicic was brought down by the Chilean goalkeeper as he ran through on goal, forcing Kyle Walker to go in goal 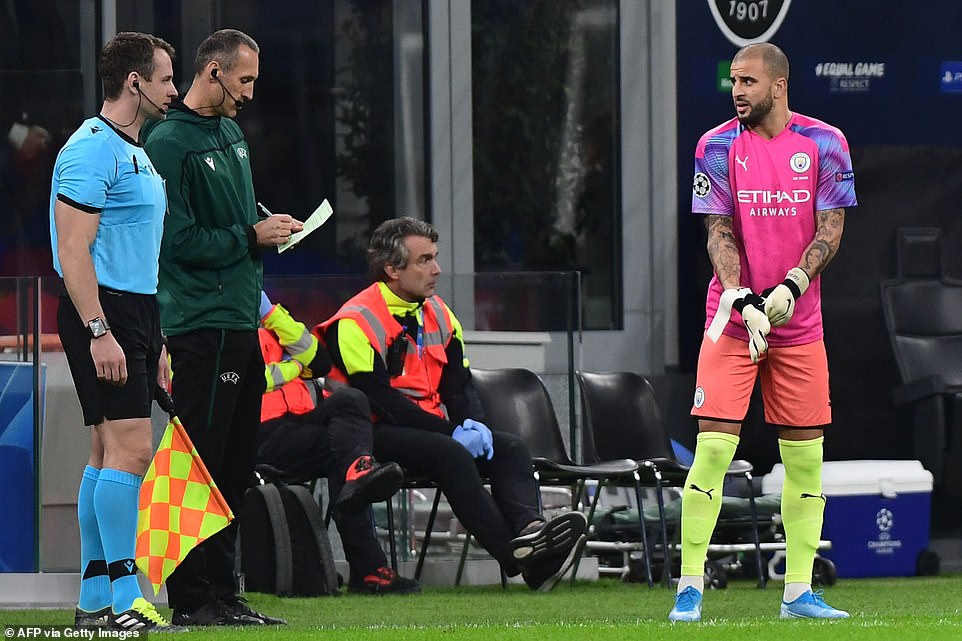 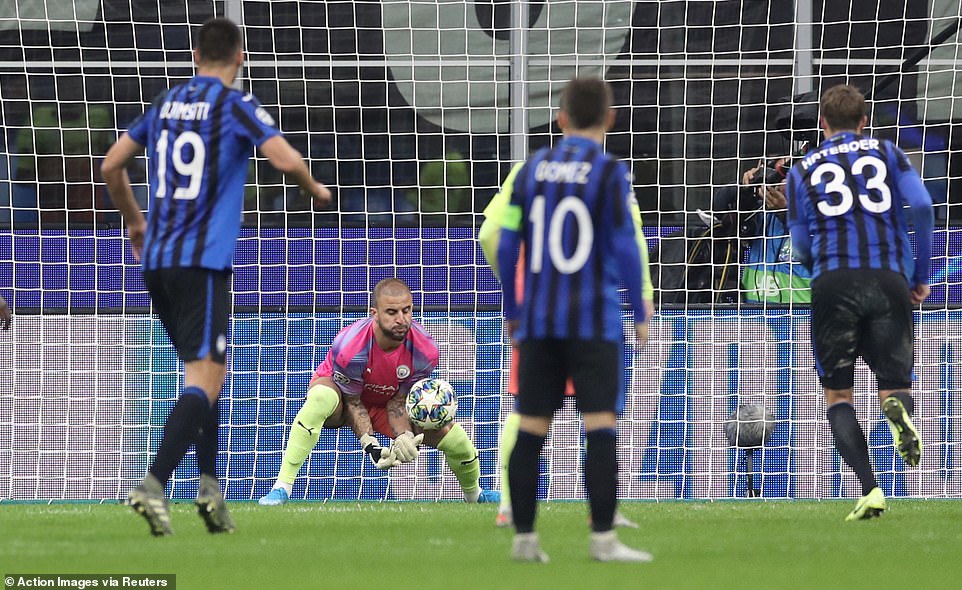 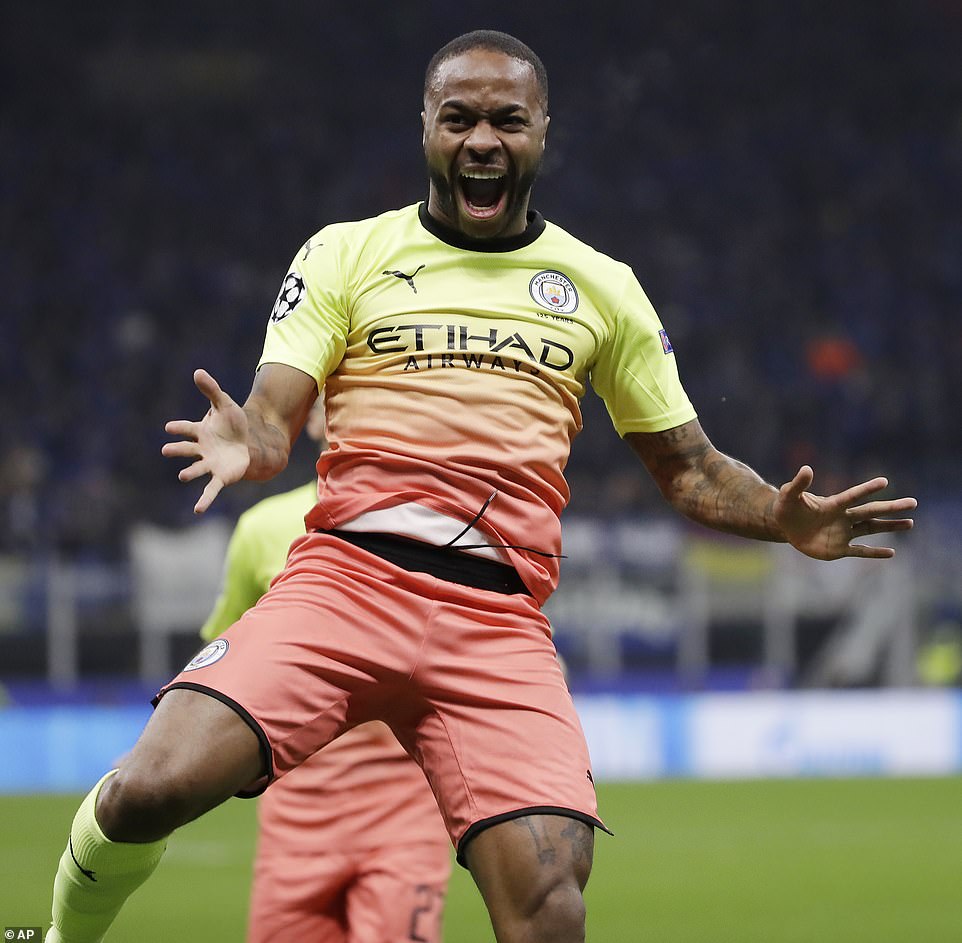 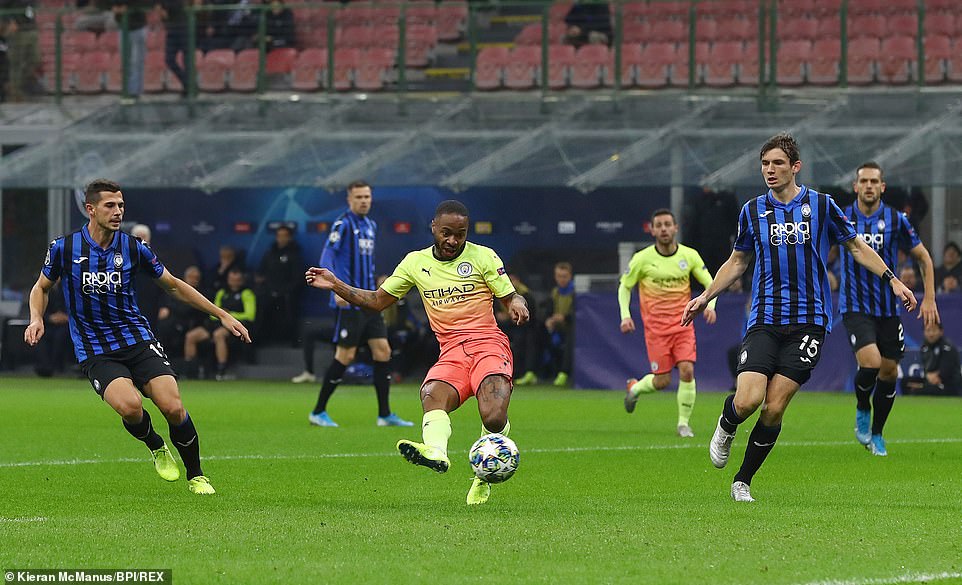 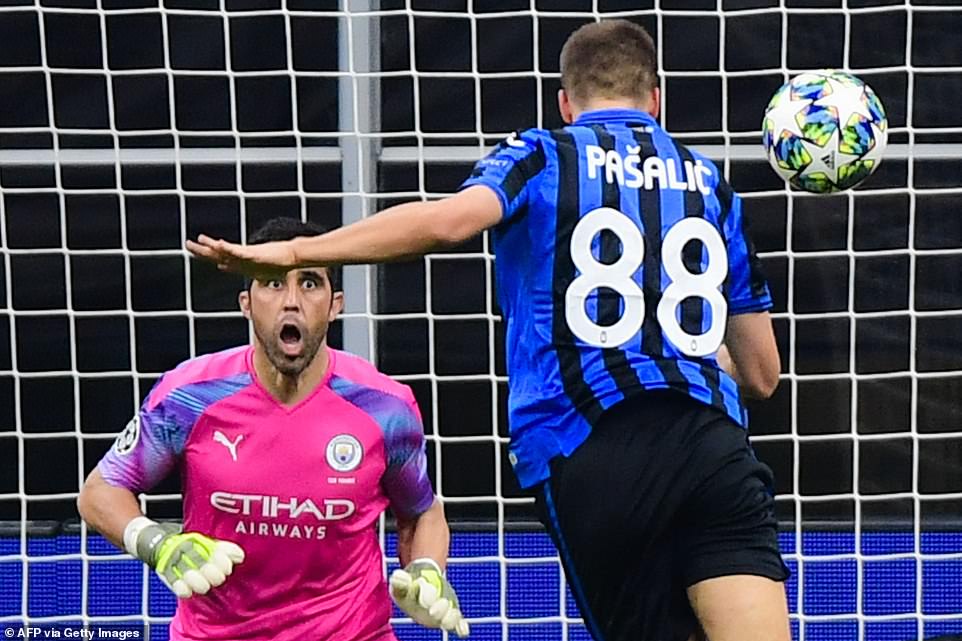 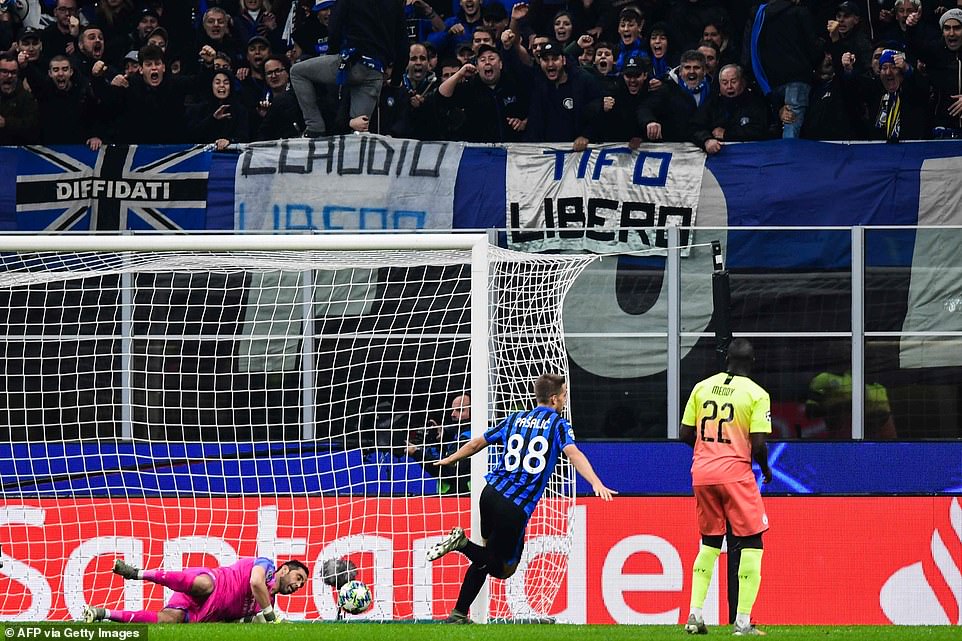 Claudio Bravo, on for Ederson at half-time, was helpless as the midfielder planted a powerful header in at the far post 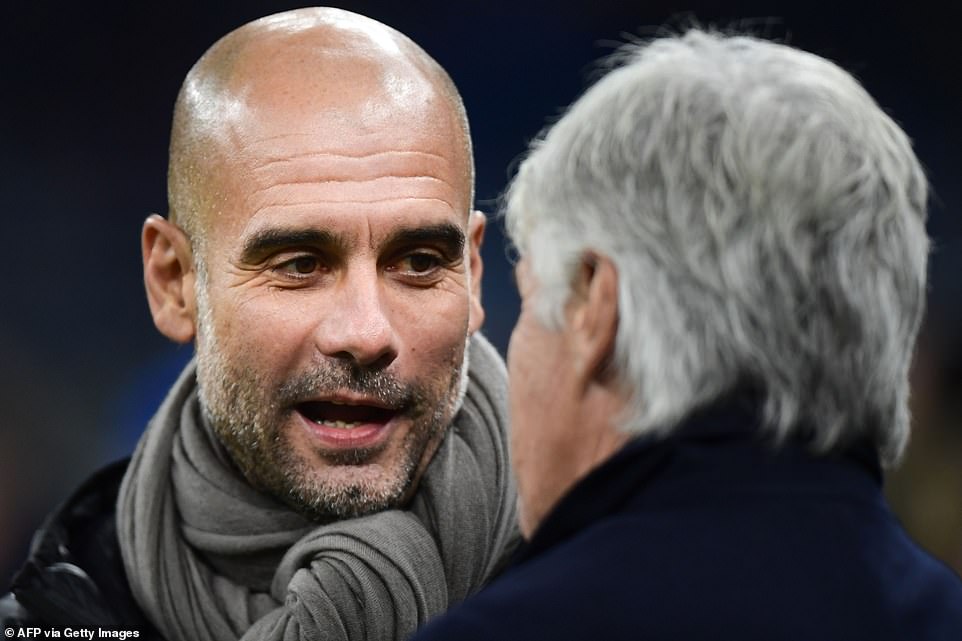 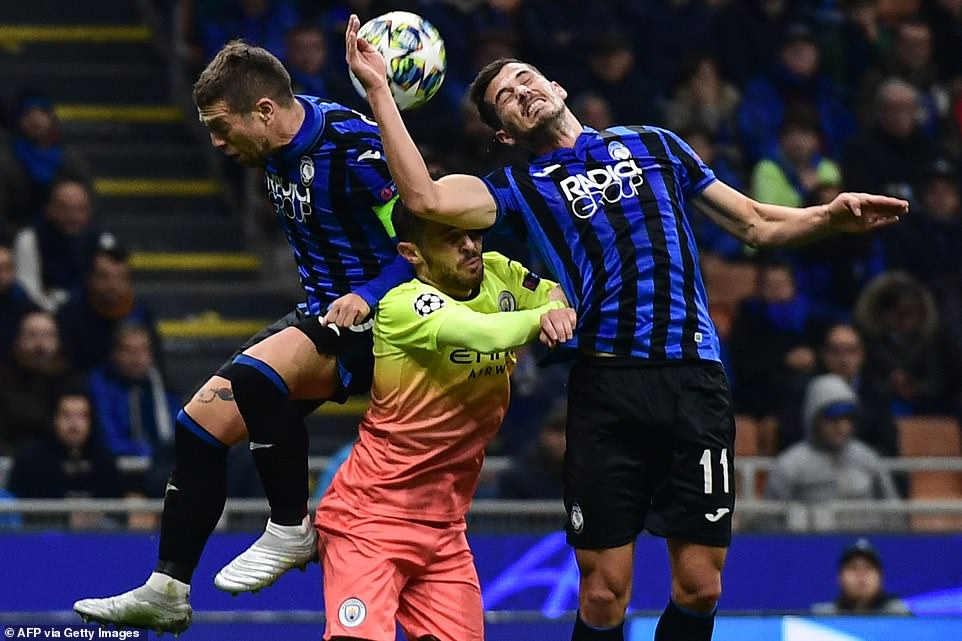 Papu Gomez, Bernardo Silva and Remo Freuler go for a header as they look to regain possession during the early exchanges 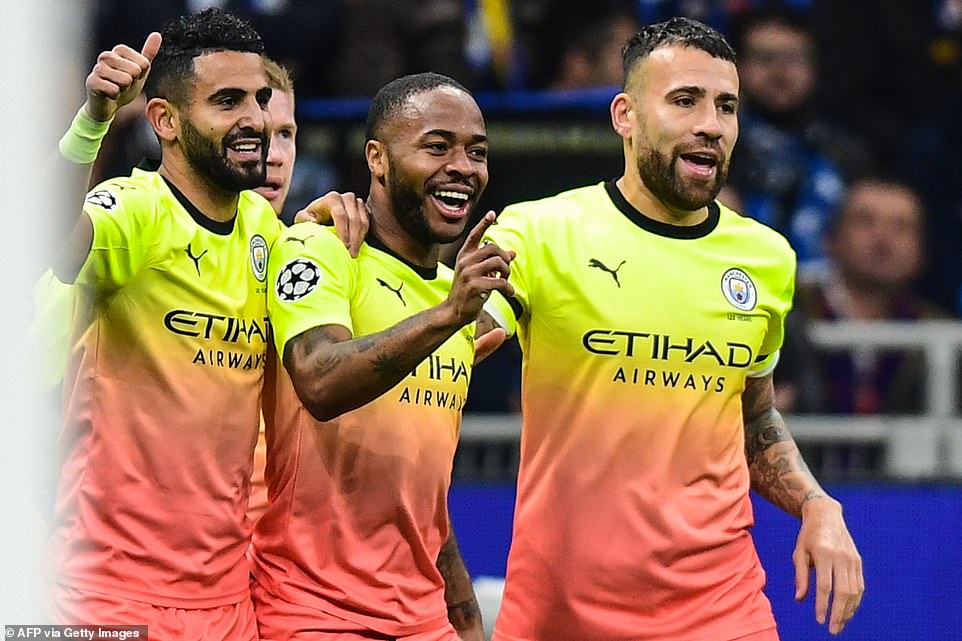 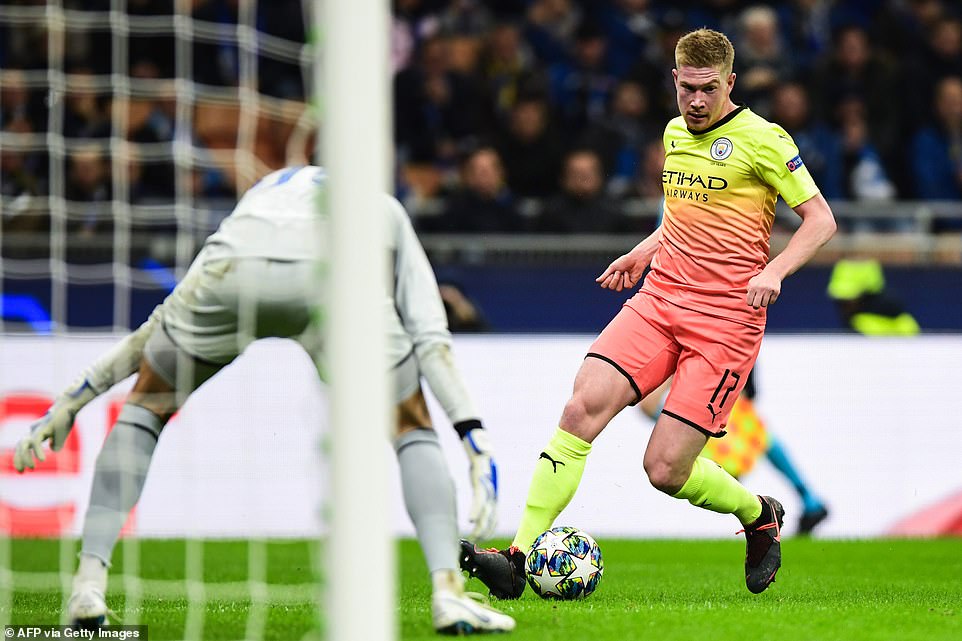 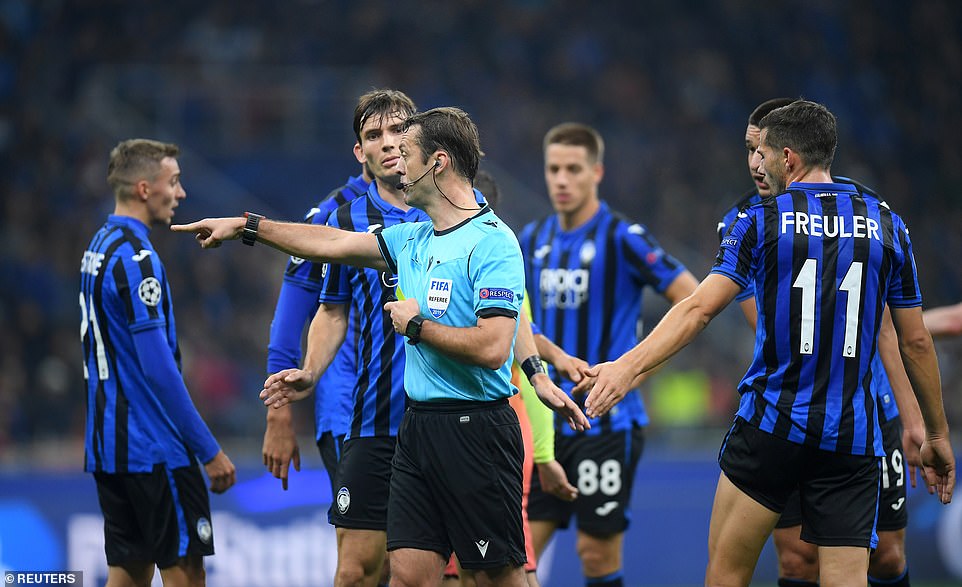 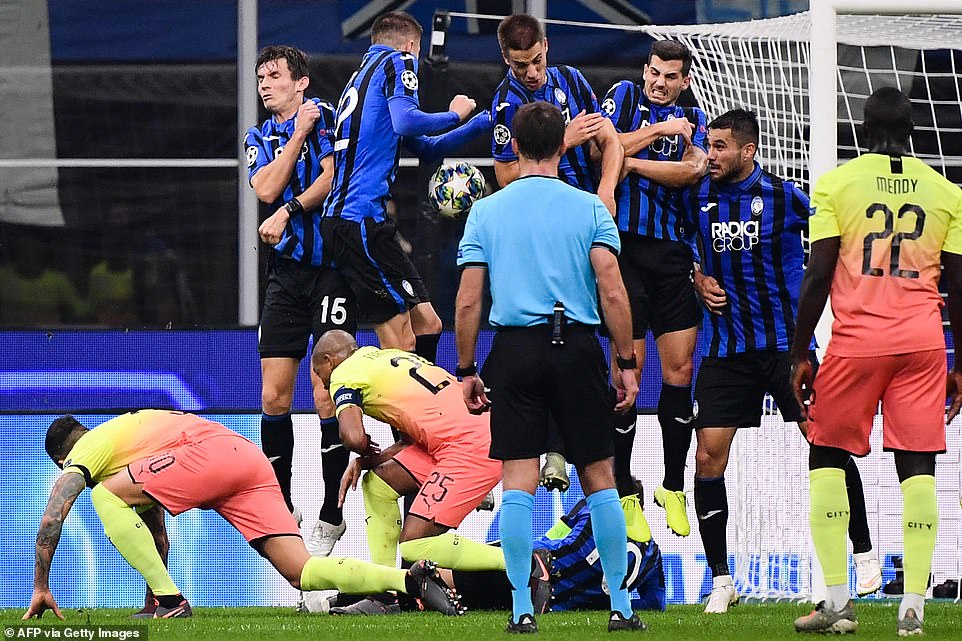 Sterling saw his free-kick strike the hand of Atalanta’s Josip Ilicic in the wall, which the referee initially dismissed 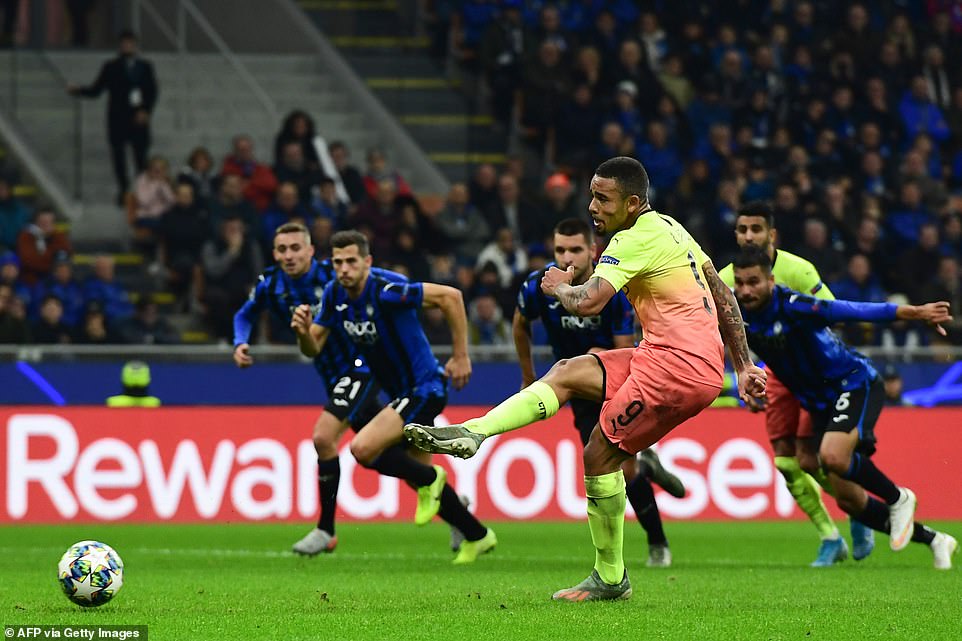 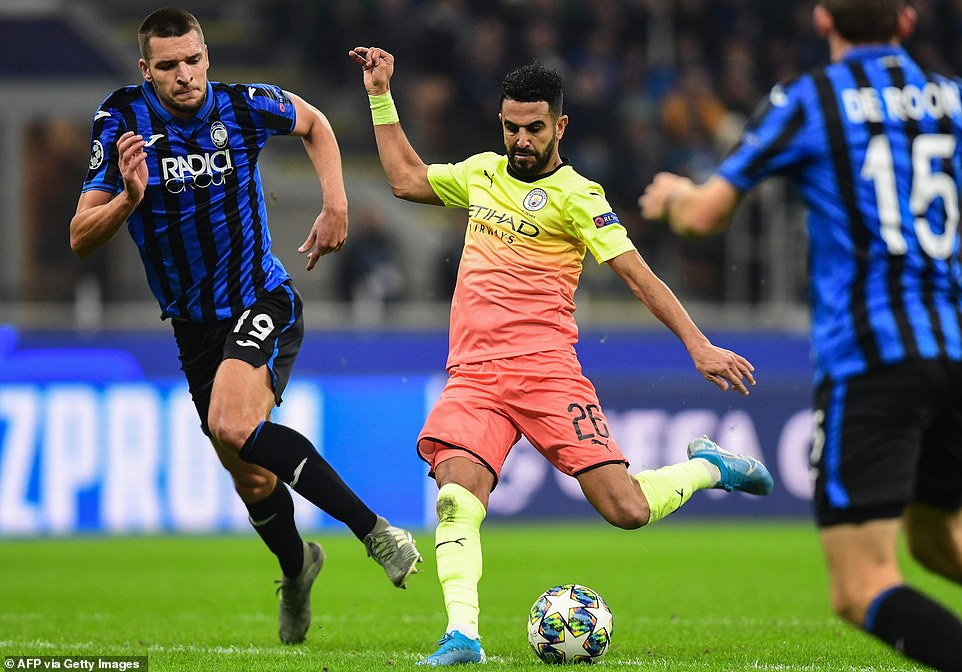 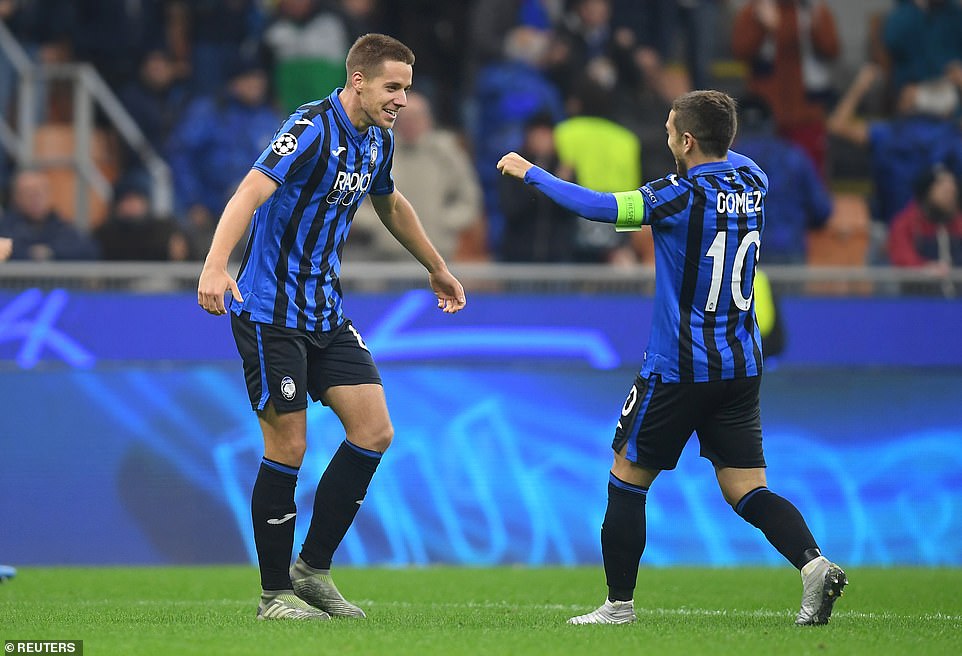 Pasalic celebrates scoring their equaliser with Alejandro Gomez, who played a crucial role in creating the Italian side’s goal 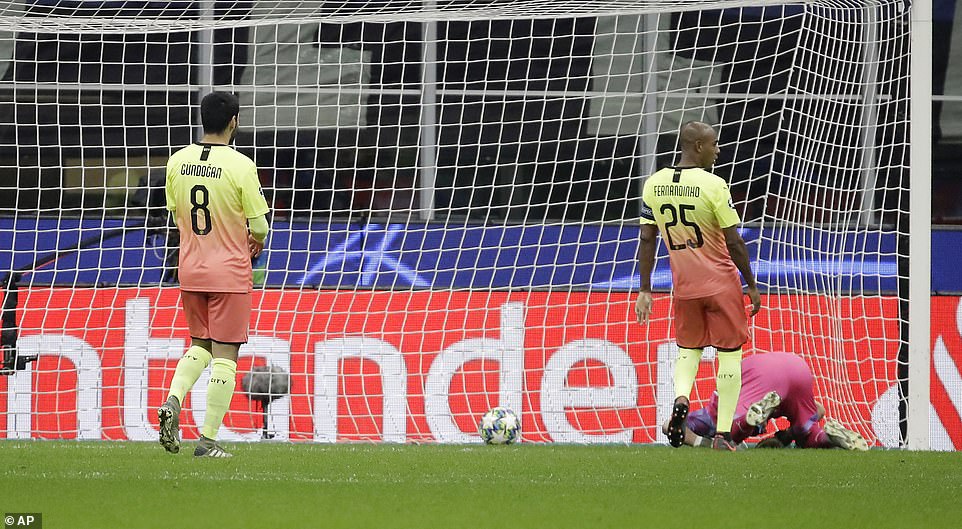 Manchester City duo Ilkay Gundogan and Fernandinho react after conceding an equaliser, despite dominating the first half 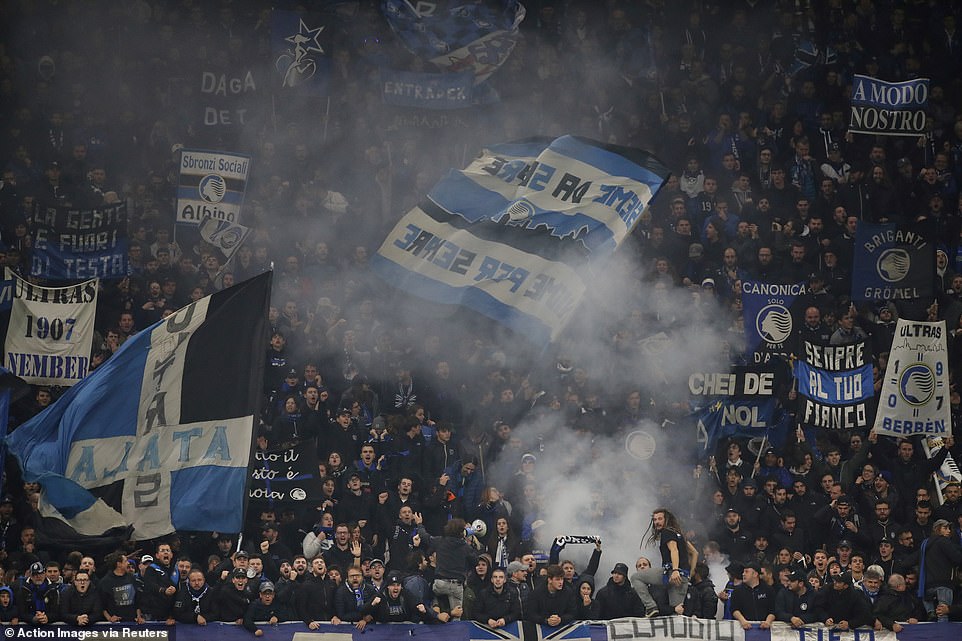 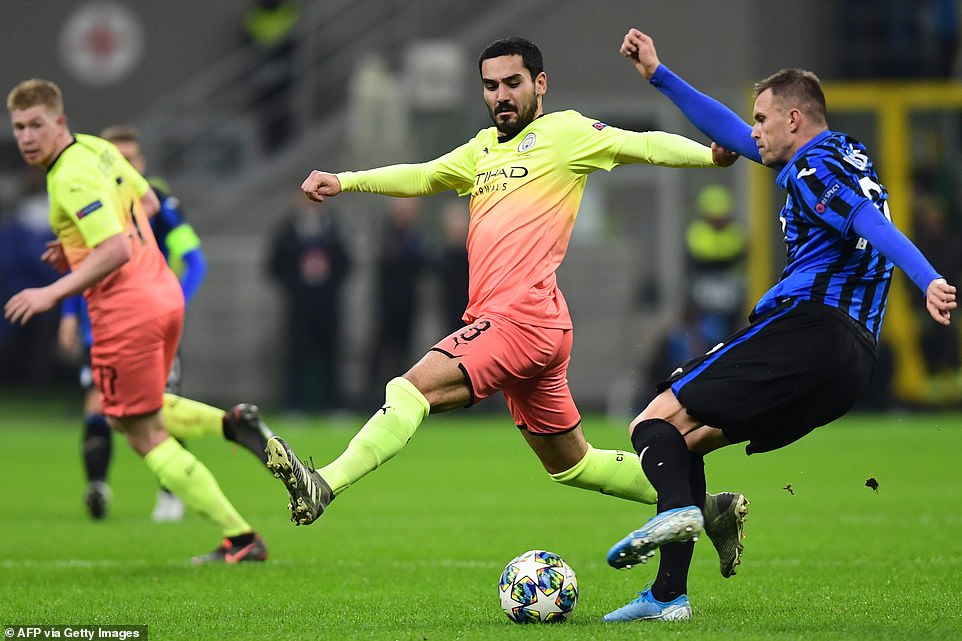 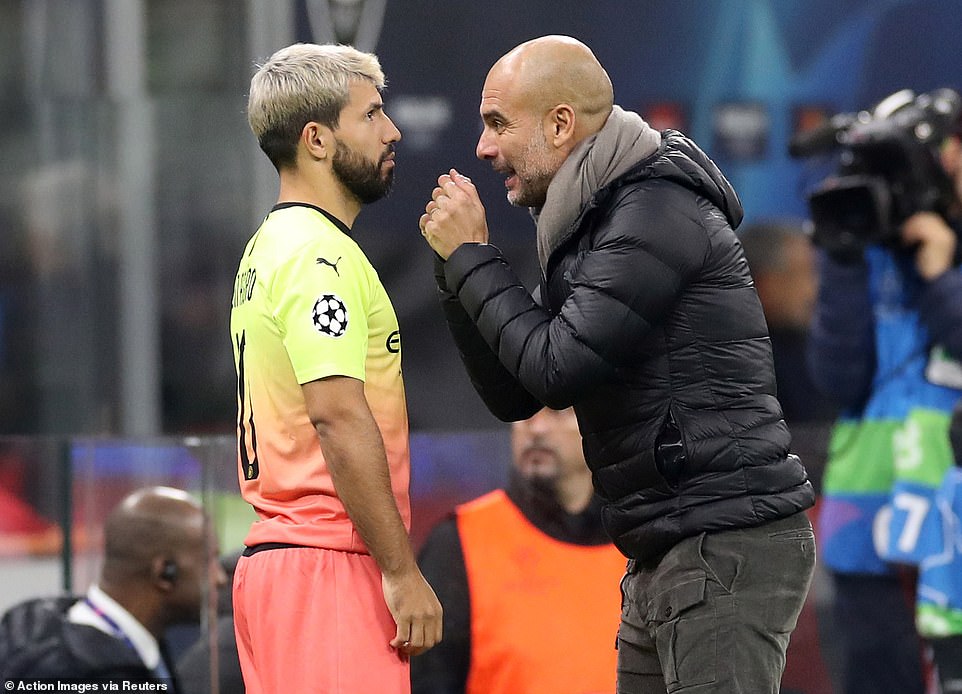 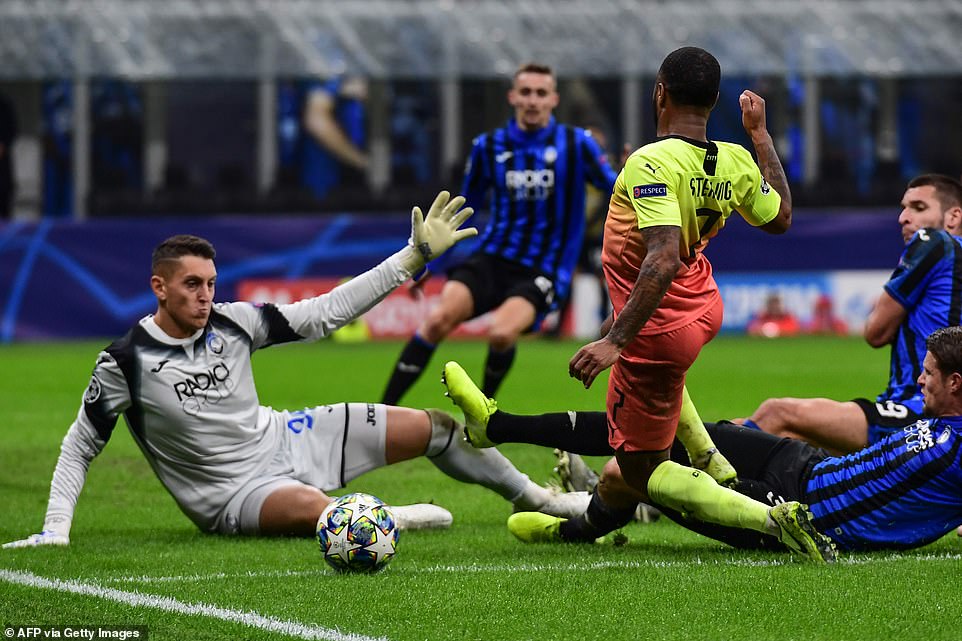 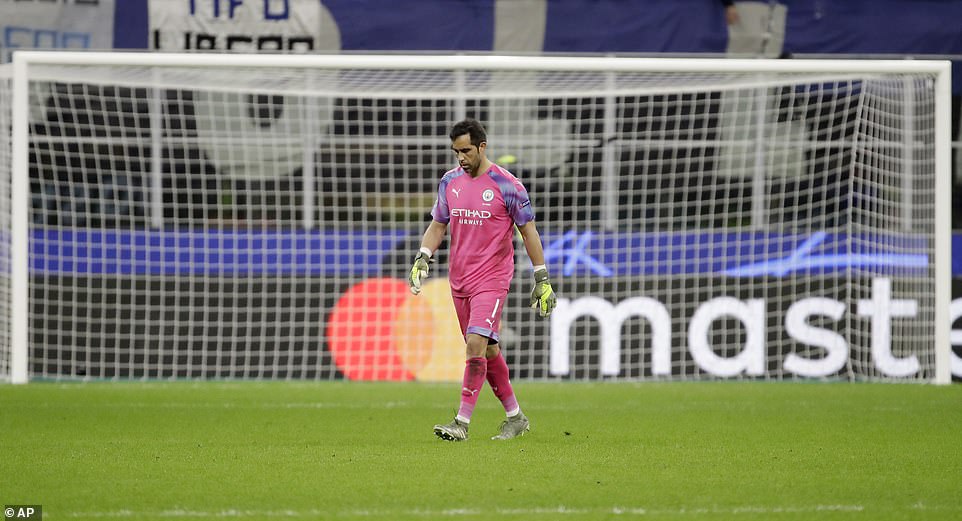 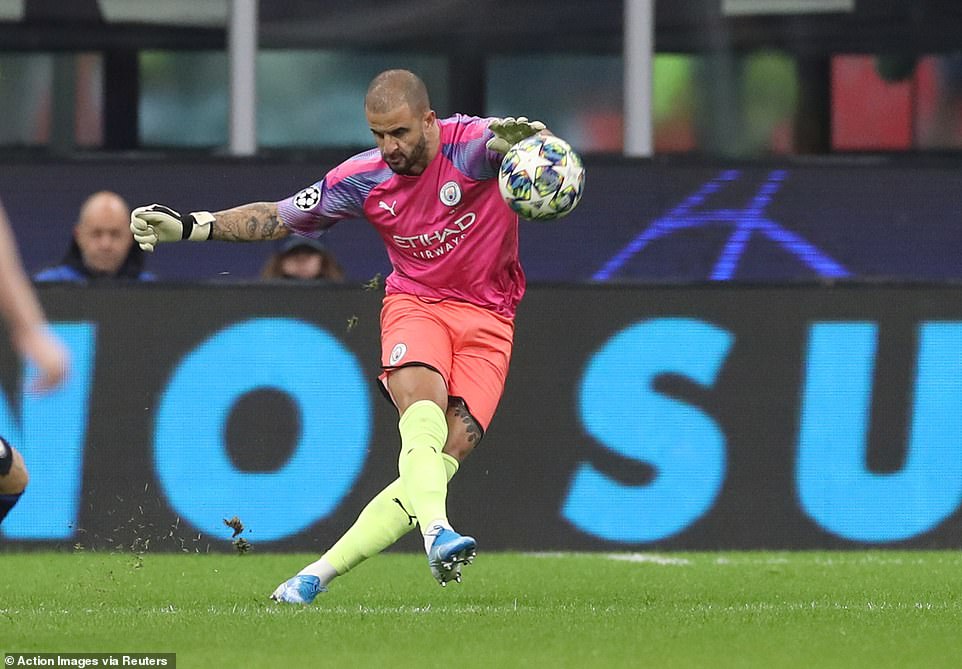