By Brian Homewood, Reuters and Ben Miller For Mailonline

Zapata has been in sensational form as Atalanta have risen to third in Serie A, scoring six goals in seven league matches alongside three assists.

The 28-year-old, who netted 28 times in 48 appearances in 2018-19 as Atalanta reached the Champions League for the first time, will be a huge miss as Gasperini attempts to mastermind a shock against a City side who are yet to concede in the competition this season. 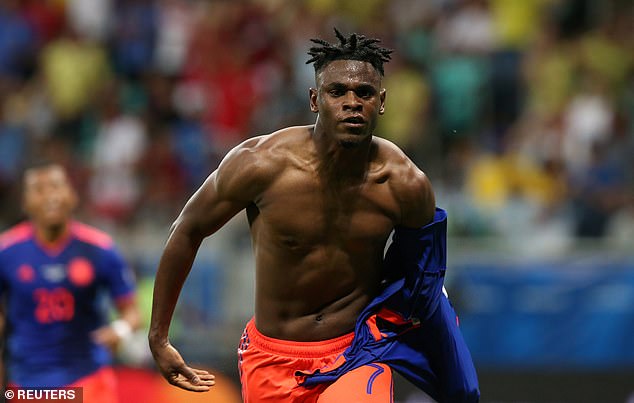 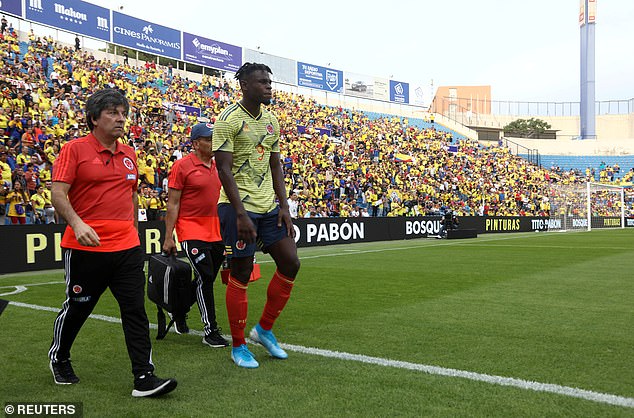 ‘I reacted with an expletive,’ Gasperini told Corriere dello Sport, recalling the moment when he learned Zapata would be out for three weeks following Colombia’s goalless draw with Chile in Alicante.

‘It is useless to go around the world and play friendlies with no meaning. The players are subjected to a whirlwind tour of 12 to 13 days where there is nothing at stake. And then we complain that the number of injuries increases.’

Zapata scored Atalanta’s only goal in the Champions League so far with the opener against Shakhtar at the San Siro, only for the visitors to come from behind to hand the Italians a second defeat following their 4-0 loss at Dinamo Zagreb.

‘We hope that this mess caused by the national teams is ended,’ urged Gasperini, questioning the need for international breaks in September, October and November. 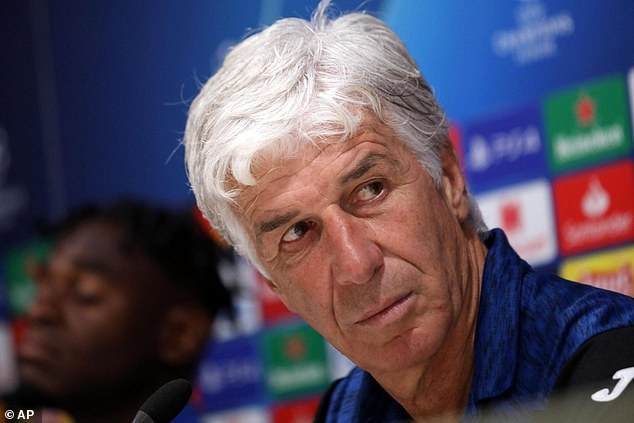 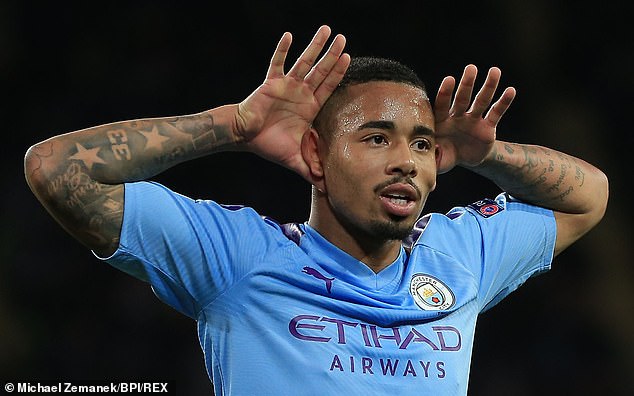 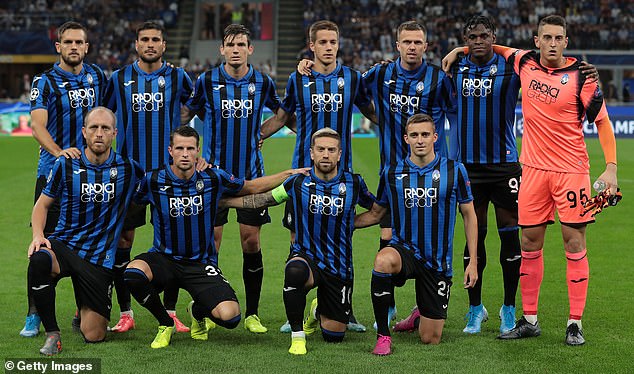 Zapata (top row, second from right) has scored Atalanta’s solitary goal in the tournament so far

‘The championship cannot be stopped three times in three months. At this point, it is better to concentrate the challenges of the national teams into a single break.

‘Some matches are not watched by anyone – they are useless from both a technical-tactical point of view and an entertainment point of view.’

The only team making their group stage debut this season face an arduous task at City, who won 3-0 at Shakhtar and 2-0 at home to Dinamo to take their goals tally to 19 in their last six Champions League matches.

Zapata failed to score in either game, entering in the second half at Carrow Road and being replaced at half-time at the King Power Stadium.