A troubled former Olympic gold medallist diver has been charged with stealing from a Brisbane Woolworths supermarket.

Chantelle Lee Newbery, an ex-champion diver who won gold at the 2004 Athens Olympics, had her case mentioned at Brisbane Magistrates Court on Friday.

According to court documents the 44-year-old allegedly stole ‘consumables’ from a Woolloongabba Woolworths on July 14, The Courier Mail reported.

The former Olympian did not appear in court but sent a written request for the matter be adjourned adjourned until Monday.

Given the defendant’s history Police Prosecutor Senior Constable Min Hu asked for an arrest warrant to be placed on the court file.

However the execution of the warrant was postponed to Monday after Magistrate Elizabeth Hall adjourned the case to that day.

Newbery’s life unravelled after her gold medal win 17 years ago, triggered by the death of her mother in 2012, a previous court heard.

She was slapped with a three month jail sentence with immediate parole, after the theft of Christmas decorations and other items from a store in 2018.

The former Olympic diver was previously inducted into the Australian Institute of Sport’s ‘Best of the Best’. 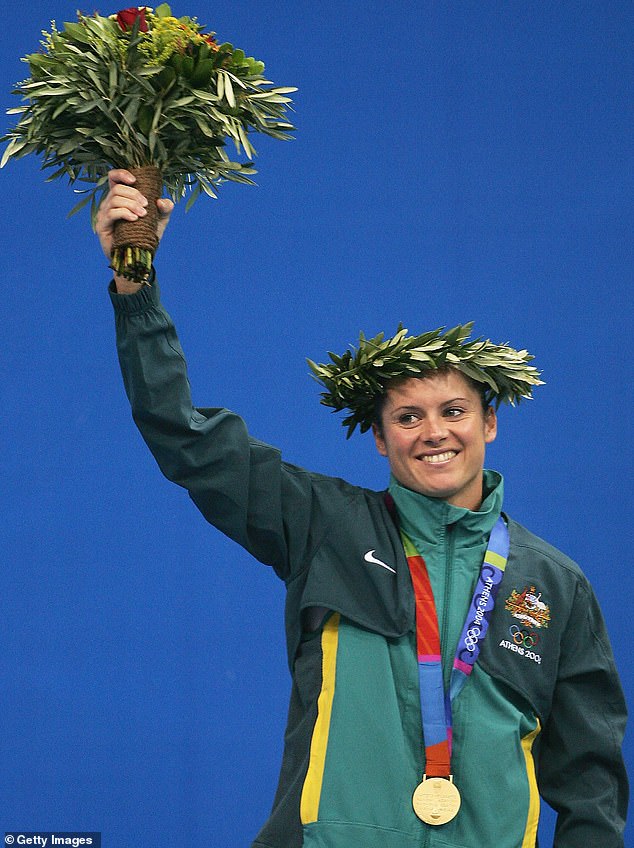