This athlete gets some funny looks when she trains for her latest race in her local park… because she only runs backwards, as this fascinating footage shows.

Shantelle Gaston-Hird, 32, loves to start her weekend with a leisurely backwards jog – but can clock an 11 minute backwards mile when she’s in training.

She’s even been crowned the fastest backwards runner in the UK. And while most fellow joggers give her words of encouragement, she does admit to being shouted at by some people who tell her to turn around as she’s ‘going the wrong way’.

Another bonus for Ms Gaston-Hird, from Irlam, Greater Manchester, is that since she began her unusual routine, she’s had far fewer catcalls.

Shantelle Gaston-Hird, 32, from Irlam, Greater Manchester, is the fastest backwards runner in the UK ( above, during a training session) 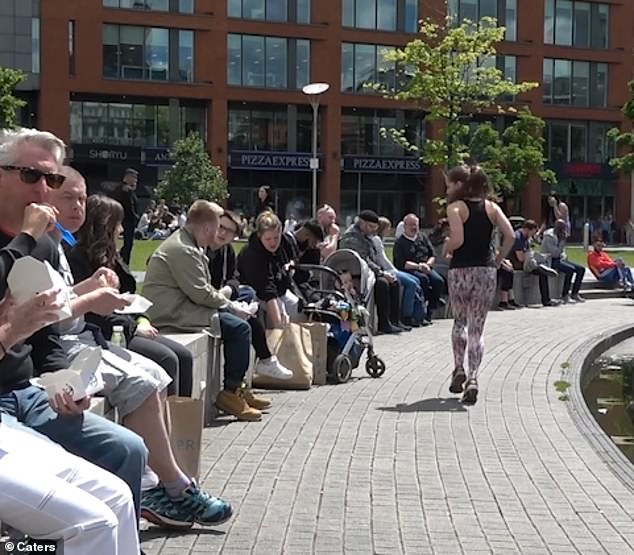 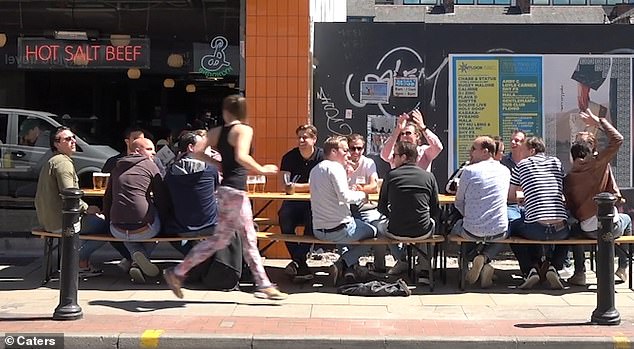 She said: ‘I know it seems a bit weird but I just think it’s so much more fun than running forwards.

‘Initially it was a bit of fun, but after researching backwards running I realised that it is a great cross-training exercise, and a great workout for your abs.

‘I get catcalled every time I go out for a run, but when you run backwards all they say is “You are going the wrong way”, which is so much nicer than a white van man making inappropriate comments!

‘Most people just do a double take or smile, If they say anything, they just say, “Er, you’re going the wrong way”.

‘Car drivers sometimes indicate for me to turn around – I get less harassment running backwards from men than I do going forward!

‘I have even started running backwards on the treadmill in the gym.’

Ms Gaston-Hird first tried running the wrong way as part of a team-building exercise in 2013 – but before long she was hooked, and running backwards several times a week. 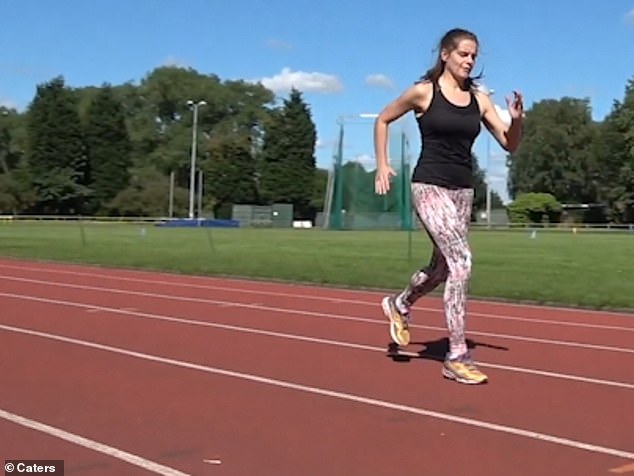 Shantelle, who has been running backwards for six years, has even set up a weekly club for fellow enthusiasts of the sport, which has been labelled retro running 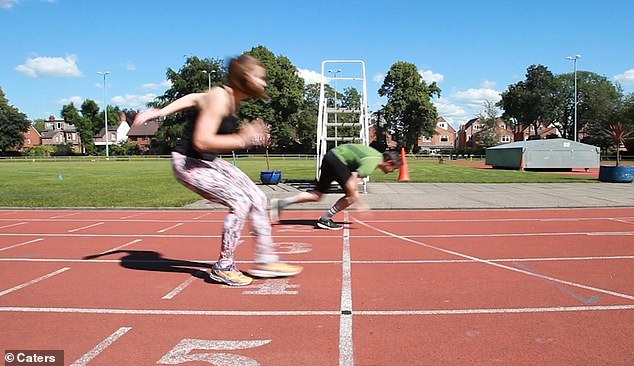 ‘The confidence you obtain from retro running is incredible. I’m an ultra-runner and middle-distance triathlete, so it complements my training really well,’ said Ms Gaston-Hird

The sport, she says, has a vast amount of benefits not just for physical health but for mental wellbeing and socialising, while also being a very accessible sport for anyone who wants to get involved.

She has been running backwards for six years, has competed in competitions and set up a weekly club for any other budding backwards runners to enjoy the sport – coined retro running – in a wholesome and safe environment.

In 2017, she decided to run the Wilmslow Half Marathon, in Cheshire – backwards, naturally – and reduced the previous world record by some 20minutes in the process.

Ms Gaston-Hird said: ‘I first got into retro running as part of a team-bonding event at Heaton Park with my roller derby team. This run was incredibly fun, and every single person laughed throughout.

‘I actually came third at this event. I was having so much fun that I forgot it was a race. 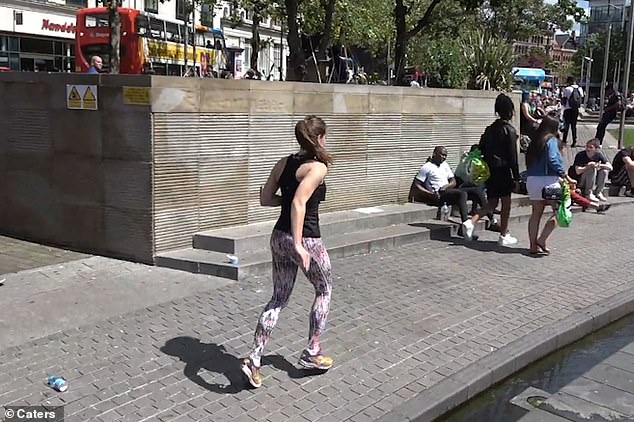 In 2017, she decided to run the Wilmslow Half Marathon, in Cheshire – backwards, naturally – and reduced the previous world record by some 20minutes in the process. (Above, she takes to the streets for one of her workout routines)

‘It’s fun and a great workout. The confidence you obtain from retro running is incredible. I’m an ultra-runner and middle-distance triathlete, so it complements my training really well.

‘I now organise the Retro Mile event on the first Saturday of every month so that other people can come and try retro running in a safe environment.’

‘The feedback was extremely positive, which is what has allowed me to create more events. The atmosphere in the clubhouse after the event was fantastic with people having breakfast butties and tea and coffee and all chatting about how much fun they had.

‘I even had a teenage boy tell me that he loved it and asked if we could do another one. His mum said to me that if I can make a teenage boy smile, I must be doing something right.’