Prime Minister Anthony Albanese confirmed on Saturday that the government would boost paid parental leave from 18 to 26 weeks in a staged plan to be rolled out by July 2026.

Eventually, all families with a new baby will be able to access six months of leave shared between two parents and paid at the rate of the national minimum wage.

Single parents will be able to access the full 26 weeks, while the leave will be made more flexible with parents able to take it in blocks between periods of paid work.

Mr Albanese said the policy change would support families and provide them with greater choice.

‘We know that investing in parental leave benefits our economy,’ he said.

‘We know that investing in parental leave benefits our economy,’ Anthony Albanese said as he announced on Saturday his Labor government would grant parents a full six months – 26 weeks – of paid parental leave (above) 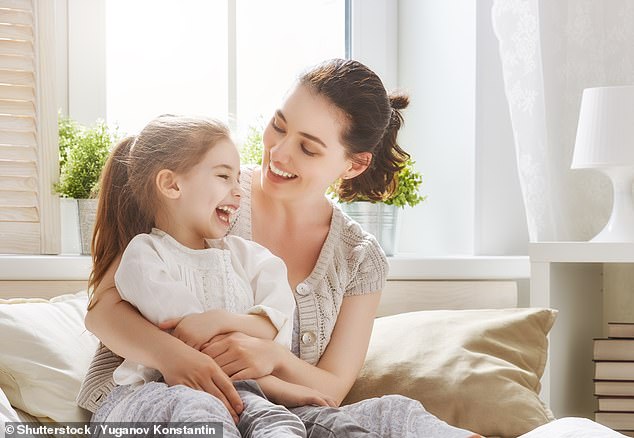 Economic and business leaders say the plan will allow more women to remain in the workforce after having children (above, a stock of a mother) 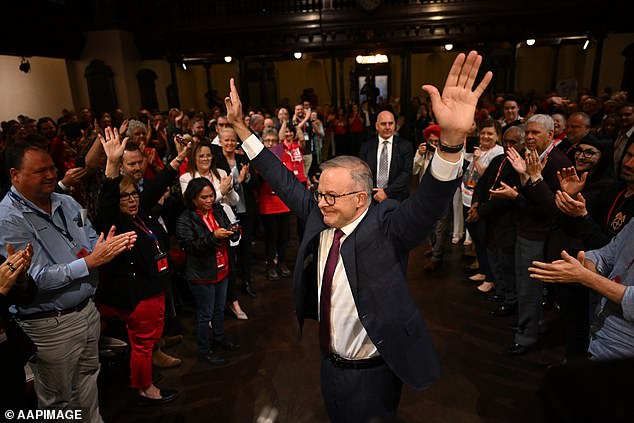 Further details of the parental leave plan will be announced in the budget later this month.

Business Council chief executive Jennifer Westacott said the extended scheme would help boost the economy by making it easier for parents to stay in the workforce.

‘We’ve long called for reform to the paid parental leave system because providing adequate time off to new parents and encouraging equal sharing of care is good for the economy and good for families,’ she said.

‘Paid parental leave should be flexible and available to all parents, and this new scheme is a big improvement in this regard,’ she said.

But Ms O’Neil said the union body would continue its campaign for parental leave to be paid at workers’ full replacement wage including superannuation.

The ACTU noted Australia currently had one of the lowest-paid parental leave schemes in the world and poor levels of shared parenting, leaving women unfairly carrying the burden of caring for children. 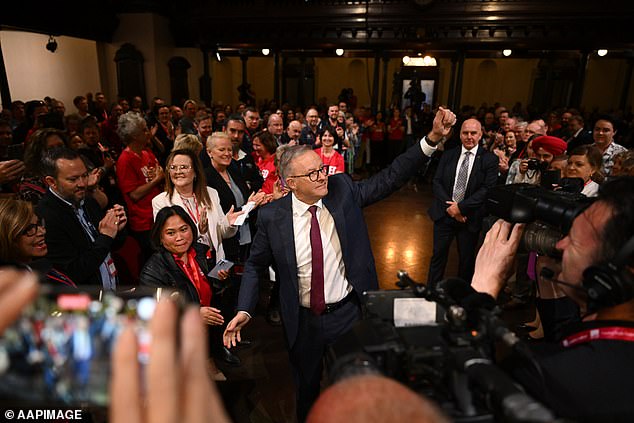 PM Albanese (above) said the plan will improve workforce participation rates and gender equity in workplaces, ‘more families take up this leave, share in that precious time, and share the caring responsibilities more equally’

Mr Albanese previously said he wanted superannuation to be attached to paid parental leave but it wouldn’t happen during Labor’s first term in government due to budget constraints.

The Prime Minister announced the plan at the NSW Labor conference.

‘Our Labor Government will deliver the biggest boost to paid parental leave since it was created by the former Labor government in 2011,’ he said.

‘By 2026, every family with a new baby will be access a total of six months paid leave shared between the two parents. And single parents will be able to access all 26 weeks.

‘Our plan will mean more families take up this leave, share in that precious time, and share the caring responsibilities more equally. This plan will support dads who want to take time off work to be more involved in those early months. It’s a modern policy for modern families.’