Atlanta strippers reveal their struggle to survive amid the pandemic

Exotic dancers are revealing how they’ve been struggling to keep their finances afloat in the pandemic after the city’s clubs were shut down, leaving them unemployed.

Strippers, bottle girls, and bartenders from the legendary Magic City club in Atlanta, Georgia, have virtually reunited to open up about their setbacks and triumphs for We TV’s 90-minute docu-special Beyond the Pole: Living Under Lockdown, which premieres on Thursday, December 17 at 10 p.m. ET.

‘I got laid off. Do you know how much money I’m about to lose of just them two hustles alone?’ one Magic City employee shares in a preview clip from the special. ‘No stimulus package is gonna stop the bills from rolling in right about now.’ 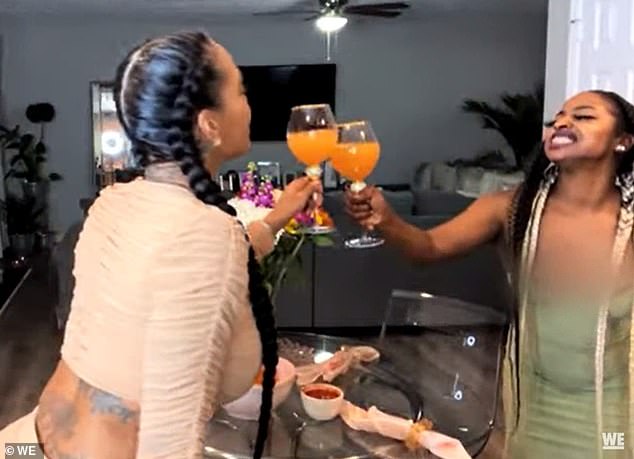 Quarantined: Strippers, bottle girls, and bartenders from the Magic City club in Atlanta, Georgia, appear in the new special Beyond the Pole: Living Under Lockdown 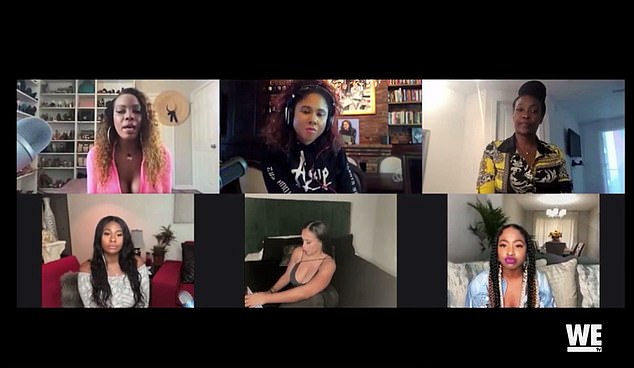 Opening up: The women have virtually reunited to open up about their setbacks and triumphs after the club closed due to the pandemic

Angel Kake, Tresure P, Ms. Dime, Virgo, and Gigi Maguire are among the women featured on the show, and while some are thriving with OnlyFans accounts and side hustles, others are putting their health at risk to make ends meet.

After being a career exotic dancer for her entire adult life, Angel Kake has realized that it’s time to move on because she’ll be aging out of the profession sooner than later.

In Georgia, dancers can work in as many clubs as they obtain a license for, and, luckily, for the single mother, she has multiple licenses. Angel was able to dance at one of the few clubs that remained open right up until the mayor’s mandated closing at 12 a.m. on Friday, March 20.

‘Over the last year, I’m still in transition,’ Angel explains in the clip. ‘I’m currently still in the club. I’m focusing on my mental health. Having a little break to kind of get myself together.

‘Since COVID-19 began, I’m able to fully devote myself to spa and esthetics work,’ she adds. ‘I already had been working on my spa before COVID started.’ 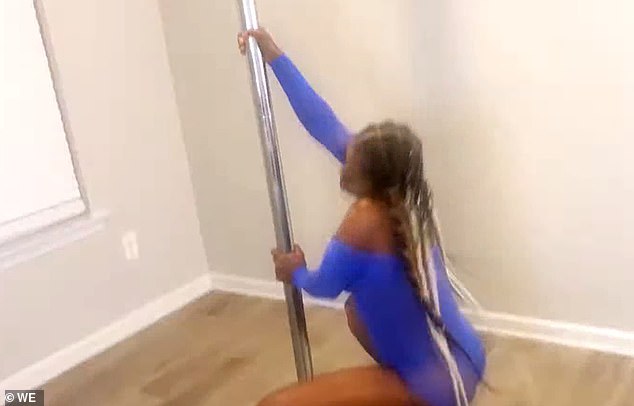 Making it work: Some of the women have taken to showing off their moves at home 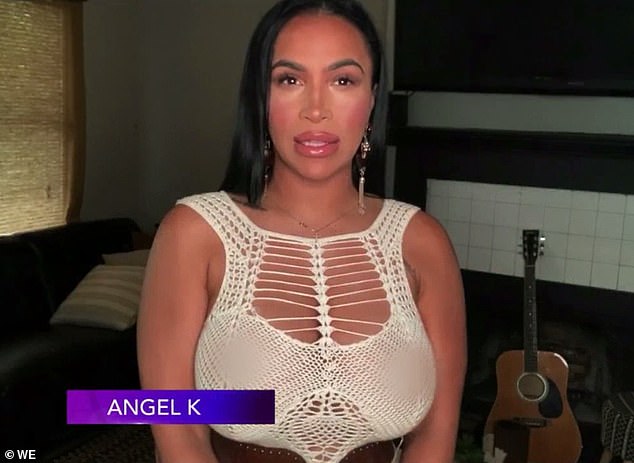 Next step? Angel Kake has been focusing on her spa services amid the pandemic and is using the time to plan her next move after realizing she can’t dance forever

Meanwhile, Tresure P is navigating both financial uncertainty and a long-distance relationship amid the pandemic.

The 27-year-old former Love & Hip Hop: Atlanta star danced for a number of years before quitting to become a bottle girl and is now laid off.

She is currently in a relationship with Lil Cease from Junior Mafia, who is nearly 23 years her senior. Not only is there a massive age difference between the two, but he also lives in New York while she’s based in Atlanta.

During this difficult time, she has been inspired to return to her love of radio and starting a podcast — ‘Nasty and Classy’ with Tresure P — but she’s also been appearing in music videos on the side.

‘Well, me personally, I have been doing music videos,’ she explains in the special. ‘Sometimes I try to social distance, but I ain’t really been able to social distance because it’s been about like 30 or 40 people there.’ 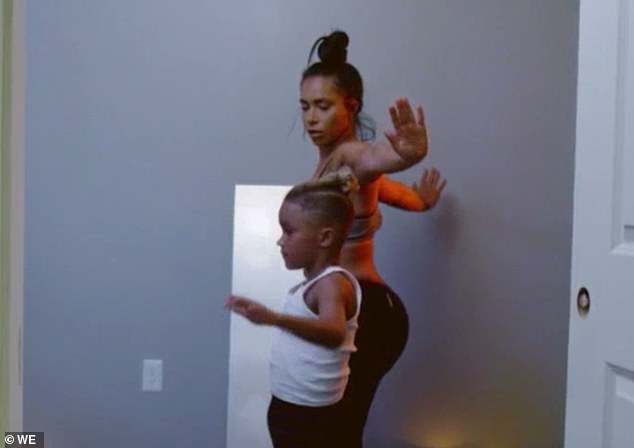 Bonding: The single mom has been spending some quality time with her son Jace 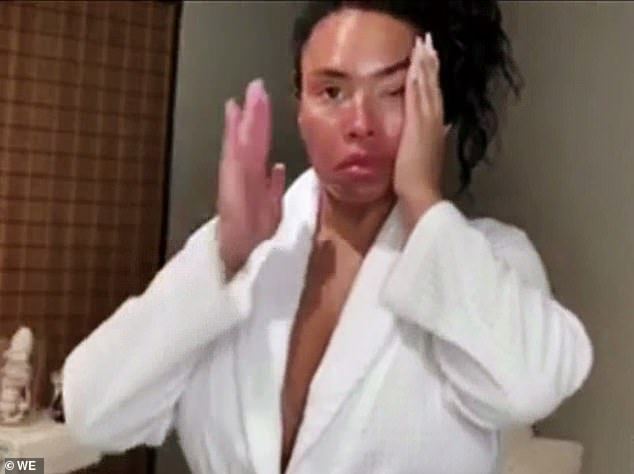 Making it work: ‘Since COVID-19 began, I’m able to fully devote myself to spa and esthetics work,’ Angel says. ‘I already had been working on my spa before COVID started’

Ms. Dime is quick to reprimand her for putting her health and the health of others at risk during the pandemic.

‘And you can be asymptomatic, so you can have the virus and be spreading it and don’t show any symptoms,’ she adds. ‘That’s the scariest part to me.’

Ms. Dime worked as a part-time nurse and single mother by day and an exotic dancer by night, but she retired from stripping last year for her 18-year-old daughter Justice.

However, mounting bills led her to return to the strip club as a bottle girl. She also transitioned to the financial department of the hospital and picked up an alternate night job as a dispatcher for a trucking company. 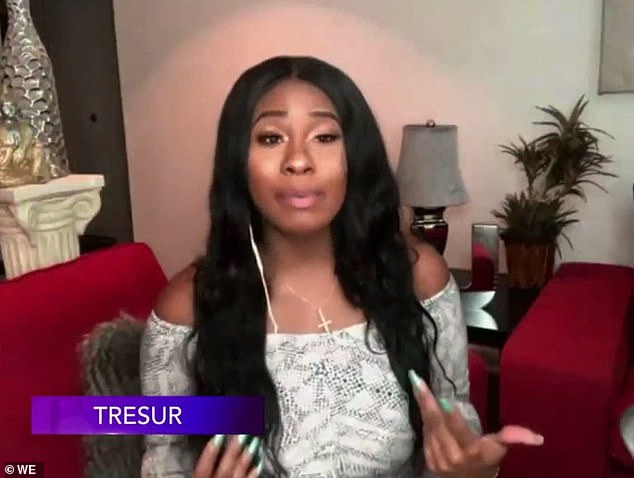 Confession: Tresure P is putting her health and the health of others at risk by appearing in music videos with 30 to 40 on set people during the global crisis 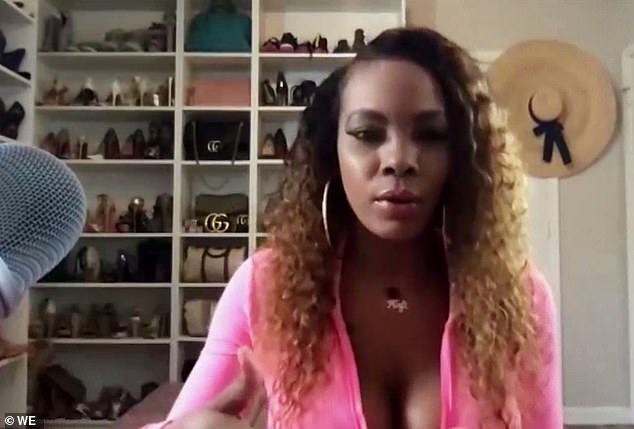 Reality: Ms. Dime says the thing that scares her the most about the virus is that you can be asymptomatic and spreading it without showing any symptoms

In the wake of the club being shut down, she has been working overtime at her other jobs to try and make up the money she is losing.

On the other side of the spectrum, Virgo has found success by opening a racy Only Fans account where she can charge for racy photos and videos of herself during the pandemic.

She started dancing at the age of 19 after working at Starbucks and failing to make ends meet. Virgo and her mechanic husband D.A. have been together for 16 years, five of which they have been married.

D.A. cheated on her in the early years of their relationship and had a son who is now 12. The experience convinced her that all men cheat, so now they have threesomes that she controls.

Virgo is also a classically trained dancer and is well known in the stripper world for performing an acrobatic striptease while on stage with Usher and Cardi B at Coachella. 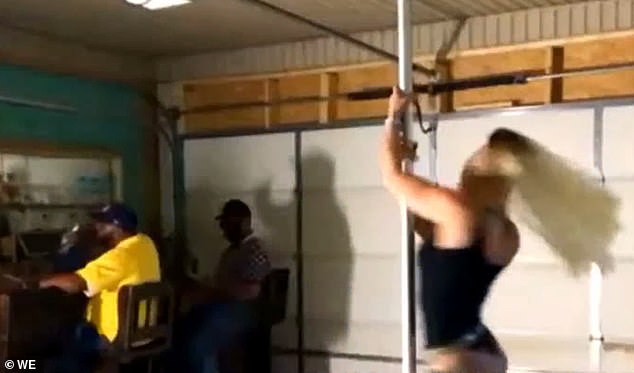 Over: The mayor mandated that all clubs in Atlanta must be closed by 12 a.m. on Friday, March 20, though many shut down earlier than that

She stopped dancing at Magic City last year after she got a role in the Starz scripted stripper series P Valley. She tried to return to the club after failing to get any other roles, but coronavirus struck, leaving her desperate for money to support her family.

When she confided in Gigi, her friend convinced her that OnlyFans is the new cyber strip club. Gigi even broke social distancing guidelines to show her the ropes.

‘This is the easiest money that I’ve ever made,’ Virgo insists in the special.

Gigi explains that OnlyFans is a website where users can charge for their content, including videos, posts, and photos.

Like Virgo, she is also a classically trained dancer. She was born in Philadelphia, Pennsylvania, and moved to Atlanta at age 25 during Hurricane Katrina.

Gigi was one of the first women coined as the ‘Snack Pack’ thanks to her acrobatic pole tricks, which many strippers can’t do. 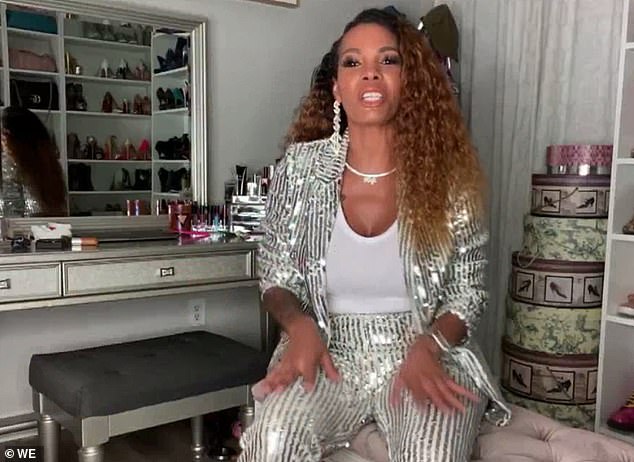 Winning: While most of the women are struggling to make ends meet, Gigi Maguire has built a following on OnlyFans and is raking in the cash. In April, she was making $1,000 per day 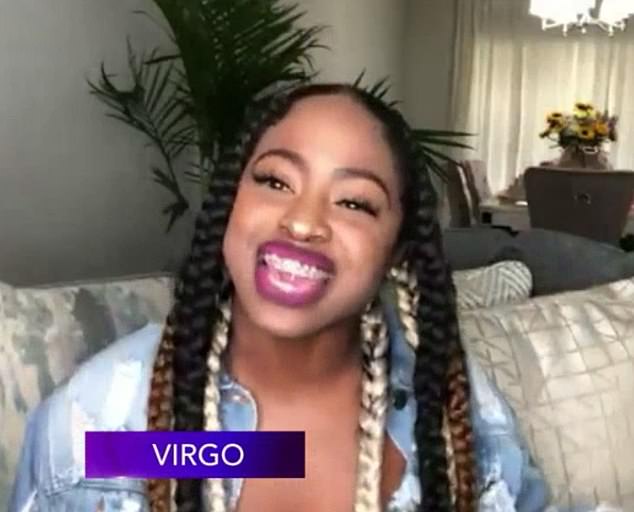 Helping her out: When Virgo told Gigi she was struggling to make ends meet, she suggested she start her own Only Fans account, and now she is making money too

She left Magic City at age 30 because her high-powered record executive boyfriend didn’t want her dancing, a decision she later regretted after she realized she was in an abusive relationship with a man who controlled and degraded her.

Gigi planned on making a ‘one night only’ return to Magic City on her 41st birthday on May 23 to earn herself some extra cash, but those plans came crashing down thanks to the pandemic.

Instead, she ended up on OnlyFans sharing semi-nude photos. One night she went to bed and woke up to learn that she had made $1,200 on the page.

Gigi realized she had two lucrative new revenue streams: subscribers and pay per views payments. She built up her followers and made a whopping $15,000 in one month.

By the first month of April, she was averaging $1,000 a day by creatively showing off her body without being fully nude.

Gigi wants all of her stripper friends to get on board during these difficult times, but not everyone is willing to do so.