Atlanta teacher shoots himself in classroom

Authorities say a teacher took a handgun into a high school near Atlanta and shot himself.

Douglas County sheriff’s Sgt. Jesse Hambrick says no students were hurt, and no other injuries were reported.

Hambrick tells The Associated Press that the teacher took the weapon into Lithia Springs High School about 7.15am Thursday.

He then suffered a self-inflicted gunshot wound in a classroom.

The teacher, described as an 18-year employee of the school, was taken by helicopter to a hospital.

Local CBS affiliate WGCL reported that the teacher is in stable condition. 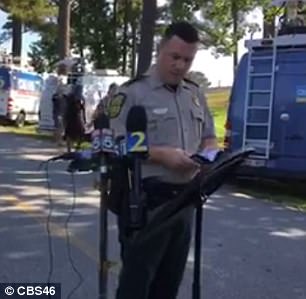 ‘He was able to make contact with another teacher who called 911 on his behalf to get medical attention to him,’ Hambrick said. ‘When he left here on LifeFlight, he was still alive.’

Authorities have not released the teacher’s identity.

Police have not said whether the incident was an accident or suicide attempt.

Douglas County’s superintendent Trent North said that parents were directed to the gymnasium to retrieve their children in the wake of the shooting.

‘From the moment this incident occurred, we went into safety mode. That’s not a simple process,’ said North.

All Thursday classes were canceled at the school about 15 miles west of Atlanta. 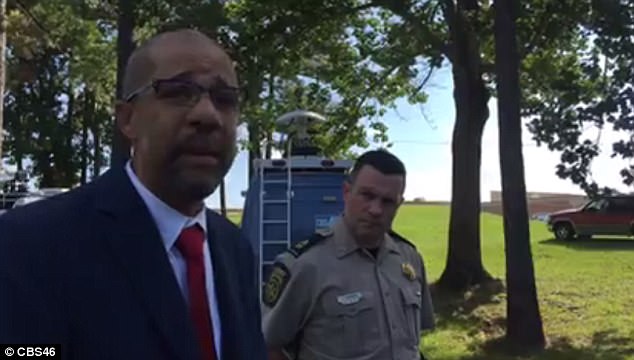