A terminally ill bedridden woman said she’s been denied a marriage license because she can’t sign the forms in person.

Aubri Gillilan of Atlanta, has a rare form of malignant ocular melanoma – cancer of the eye – that leaves her bedridden and, sometimes, she even has to stay in the dark.

But county officials say that if she wishes to marry Andrew Hendrickson, the father of her four children, she needs to go to their office to fill out forms, reported WSB-TV.

‘I’ve got four little babies with him and there’s nothing more that I want that to get married to him,’ Gillilan told the news station.

Aubri Gillilan (right) is being denied a marriage license to marry her fiancé, Andrew Hendrickson (left), because she has a rare form of cancer that leaves her bedridden and unable to leave the house to go fill out forms in person

Gillilan and Hendrickson have a four-year-old daughter and three-year-old triplets.

‘The kids keep asking: “When is Daddy going to marry Mommy?” And I don’t know what to tell them. I told them I was working on it,’ Hendrickson told WSB-TV.

Hendrickson went down to the Fulton County South Annex to get a marriage license, but he was told that he would be unable to get one unless his fiancée is there with him.

‘I told them she was under hospice care, bedridden. She wasn’t able to come,’ he said – but the pleas were to no avail.

Gillilan’s cancer is chemo resistant and can only be treated treated through immunotherapy, but Gillilan did not meet the genetic criteria to receive it.

As of February 2017, the cancer has metastasized to her brain, liver, stomach, intestines, spine and both lungs. 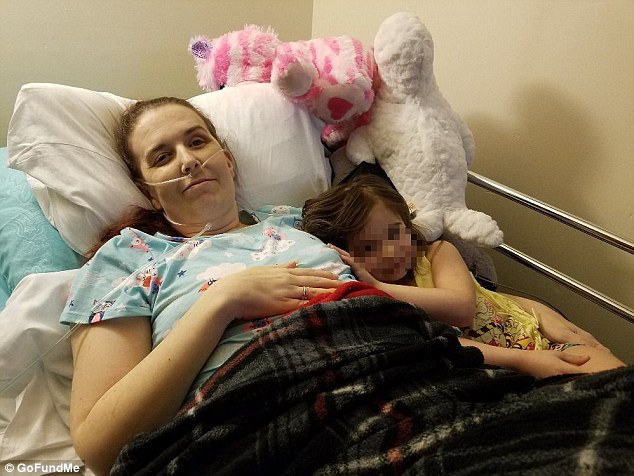 Gillilan (pictured) has a rare from of malignant ocular melanoma that has metastasized to her brain, liver, stomach, intestines, spine and both lungs. She said she just wants to marry the father of her four children 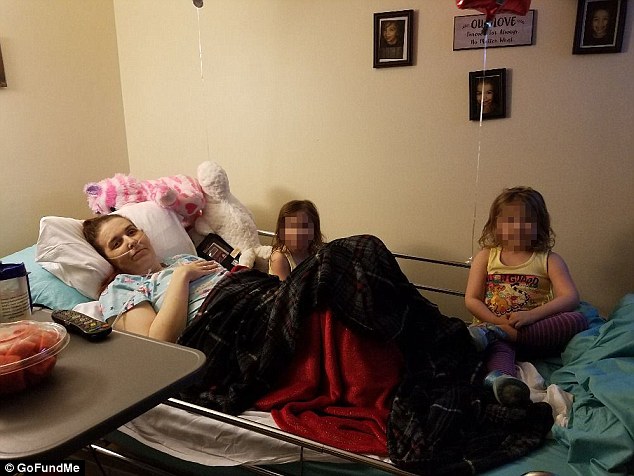 Hendrickson said he tried to present Gillilan (pictured) to county officials via Skype but they said that was unacceptable. A judge is working to see if a worker can be sent to their home

Hendrickson said he called other counties but they too said Gillilan would need to physically be present.

He offered to present her to them via Skype but they wouldn’t accept that either.

Fulton County Probate Judge Pinkie Toomer told WSB-TV said that it’s difficult to send a worker to a private home because of security issues but that she’s ‘looking into what can be done’.

Gillilan said the marriage license would mean the world to her.

‘This is the best thing I can have. There’s no way for me to walk down the aisle,’ she said.

The family has started a GoFundMe to cover Gillilan’s medical bills and any future expense.