The Uruguayan bounced back from being hauled off at Stamford Bridge in the Champions League in midweek to remind Diego Simone why he should probably have been left on in that game. Give him a chance and he usually takes it.

But Atletico are far from convincing right now and when shaky centre-back Stefan Savic gave away a late penalty the home side needed another hero this time at the other end of the pitch. Oblak did not let them down. 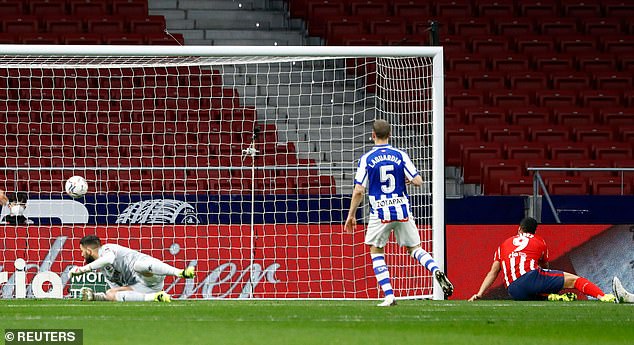 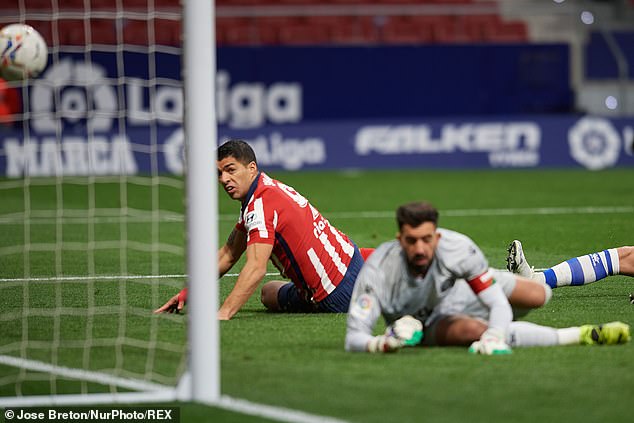 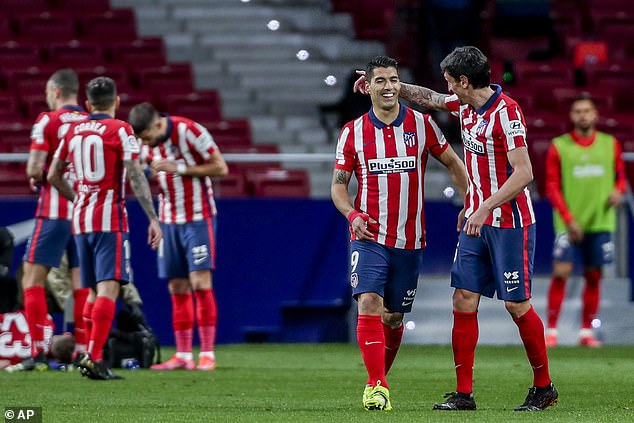 Atletico only got the breakthrough after a painstaking first half when they played as if they were still struggling with a Chelsea hangover.

Kieran Trippier takes huge credit for this win too. His assist for the goal will be remembered at the end of the season if Diego Simone’s side win the league.

Atletico had started nervously over-hitting long balls and getting caught offside and Manchester United loanee Facundo Pellestri fired over for the visitors.

On 11 minutes Atletico Madrid were convinced they had a penalty but instead of penalizing Edgar Mendy for his outstretched arm that prevented Jose Gimenez’ header reaching Suarez in the six-yard box, the referee gave a foul against the Uruguayan defender. It didn’t look like a free-kick for the away side, it looked like a penalty for the home team and captain Koke was still making his case as the two teams went down the tunnel at the break.

Alaves had lost four of their last five but they were holding out well in the opening stages as the league leaders struggled to play any football. On the break the normally shot-shy Alaves were dangerous. Joselu sent one effort wide of Jan Oblak’s goal after being teed-up by Pere Pons. Savic’s challenge had been enough to force his shot off-target.

Next to go close was Savic. With what looked like an over-hit pass towards Suarez he almost surprised Fernando Pacheco forcing the keeper to tip the effort over his bar.

Atletico Madrid then had two lateral free-kicks in dangerous positions but there was the same lack of ideas from set-pieces as there had been in open play.

Alaves are a big side who will dominate in the air if you don’t get around the back of them or play through them. Aletico were not able to release wing-backs Trippier and Yannick Carrasco. And without Joao Felix, suspended, there was a lack of guile between the lines.

And it was still Alaves having the clear cut chances. Oblak had to save from Jota Peleteiro’s shot as the strugglers continued to go closer with their chances. Suarez was suffering more than most for Atletico. He could be seen urging his team-mates in midfield to sit higher up the pitch and aid the press.

He unleashed a shot just wide of Pacheco’s right-hand post from distance as Atletico finished the half strongly but without reward.

Then nine minutes into the second half the breakthrough came. Trippier whipped the ball in from the right and Suarez headed it past Pacheco. Trippier had been one hundredth of a second from being offside, and another hundredth of a second from having his ankle smashed by Ruben Duarte. He had risked both to put the ball on Suarez’ head and give him his 19th goal of the season.

Atletico almost doubled their lead when Trippier reached the byline once more and pulled the ball back to Marcos Llorente whose effort was saved by Pacheco with some help from the crossbar. Alaves were still not out of it with United loanee Pellistri still causing problems for Simeone’s team.

And when Savic elbowed Luis Rioja just inside the area it seemed self-destructive Atletico would snatch a draw from the jaws of victory. The card was yellow and not red but Joselu still had to beat Oblak, and he couldn’t. The keeper went the right way and pushed the spot-kick wide. Simeone breathed a huge sigh of relief, first when the penalty was saved and then again when suggestions Oblak had been off his line proved unfounded.

It’s not going to get any easier for Atletico Madrid with away games at Sevilla and Betis next up but they have the international break to regroup and prepare to go again… And, thanks in large part to Suarez and Oblak, they are still clear at the top of La Liga.