Atletico Madrid beat Real Madrid for the first time in their new stadium and took a huge step towards qualification for the Champions League next season.

They are six points clear of fifth placed Betis with three games left to play after beating an under-strength Real Madrid at the Wanda Metropoliano at the fifth time of asking.

They had drawn three and lost one of the previous Madrid derbies at their new home but Yannick Carrasco’s penalty they gave them all three points, helped a little by a Real Madrid starting line-up that had Andriy Lunin making his first start for the club in goal and Karim Benzema, Luka Modric and Vinicius all watching from the bench. 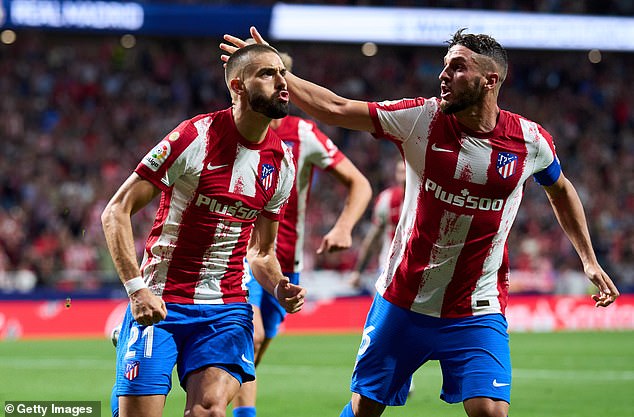 Nacho was then kicked by Stefan Savic who was lucky to escape without a booking. There was an intensity to Atletico that underlined their need being greater than Madrid’s

Carrasco then put another shot wide as they continued to dominate. Only a fine block from Nacho kept out a shot from Matheus Cunha after Marcos Llorente had played him in with a clever back heel.

Atletico then wanted a penalty when Cunha went down between Eder Militao and Jesus Vallejo. 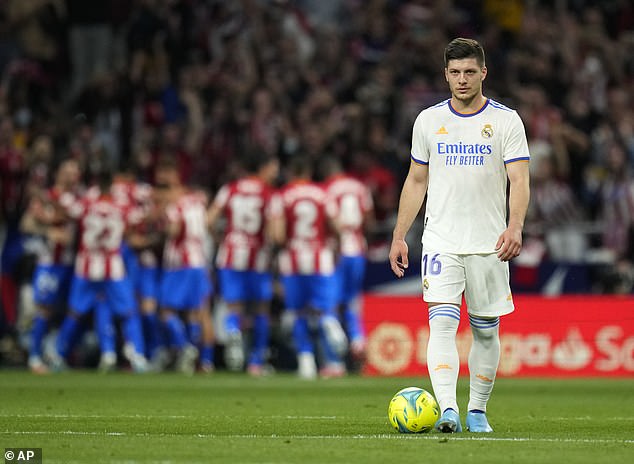 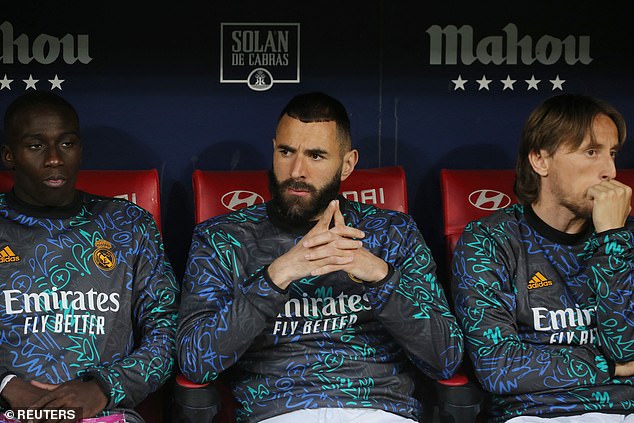 Nothing was given and Rodrygo almost scored at the other end but Jan Oblak saved and when play stopped the referee checked the previous incident pitchside and gave a spot kick for Vallejo’s clumsy stamp on the back of Cunha’s heel.

Carrasco scored past Lunin. The Ukrainian was making his first ever league start for Madrid after four years at the club but he dived the wrong way and was well beaten.

Madrid perked up after that and Kroos shot wide from distance. Marcos Asensio, then played the ball to Rodrygo Goes and the hero of the midweek win over Manchester City played in Luka Jovic.

He was only on the pitch because Mariano had pulled out just before kick-off with a muscle injury. He had hardly touched the ball in the first half and from his big chance Oblak got down to save well. 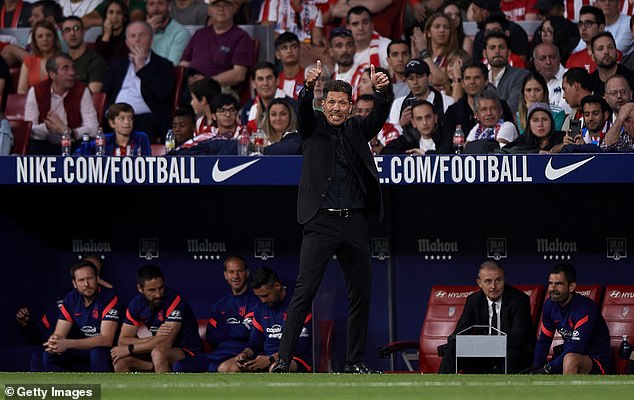 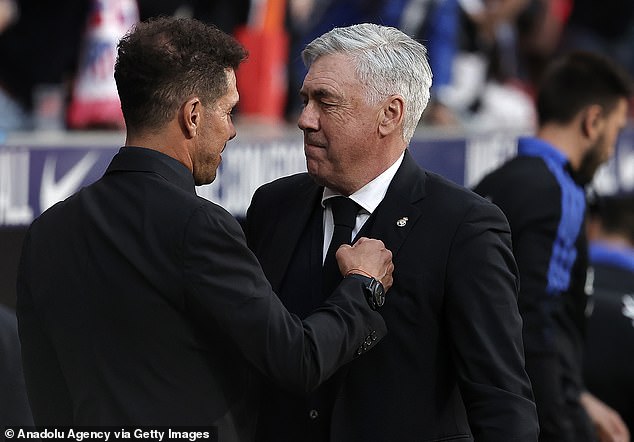 Jovic started the second half as he had ended the first missing a chance this time denied by Savic.

Antoine Griezmann had come on at half time for Correa and he shot just over from distance as Atletico looked for a second goal.

Madrid broke and Casemiro should have tested Oblak more with a shot that he held comfortably. It was end to end with little method in the madness. On one Atletico break Griezmann set-up Cunha but Lunin saved well down to his left.

On the hour, Vinicius came on for Jovic and Valverde for Casemiro. Oblak had to tip the Uruguayan’s shot over the top. Luka Modric came on for the last 20 minutes too as Madrid started to press.

Griezmann was inspired and on the turn he sent another shot just wide of Lunin’s goal. Griezmann then had a decent claim that Carrasco should have played him in as he cut through Madrid down their right and shot from a tight angle on to the post.

Asensio went close with a free-kick and Nacho headed Vinicius’s cross over the bar.

This time there was no late comeback. For Madrid it doesn’t matter because they are already crowned Champions. For Atletico it’s huge because it takes them within touching distance of Champions League qualification.