Atletico Madrid substitute Hector Herrera grabbed a late equaliser as his side came from two goals down to draw 2-2 with Juventus in Champions League Group D at the Wanda Metropolitano.

The midfielder headed in from a corner to earn his side a deserved point against Juventus after Atletico had kept the visitors pinned in their own half for the majority of the first half.

But two minutes after the break Juventus took the lead when Juan Cuadrado fired home and they extended their advantage with 25 minutes to go courtesy of a Blaise Matuidi header. 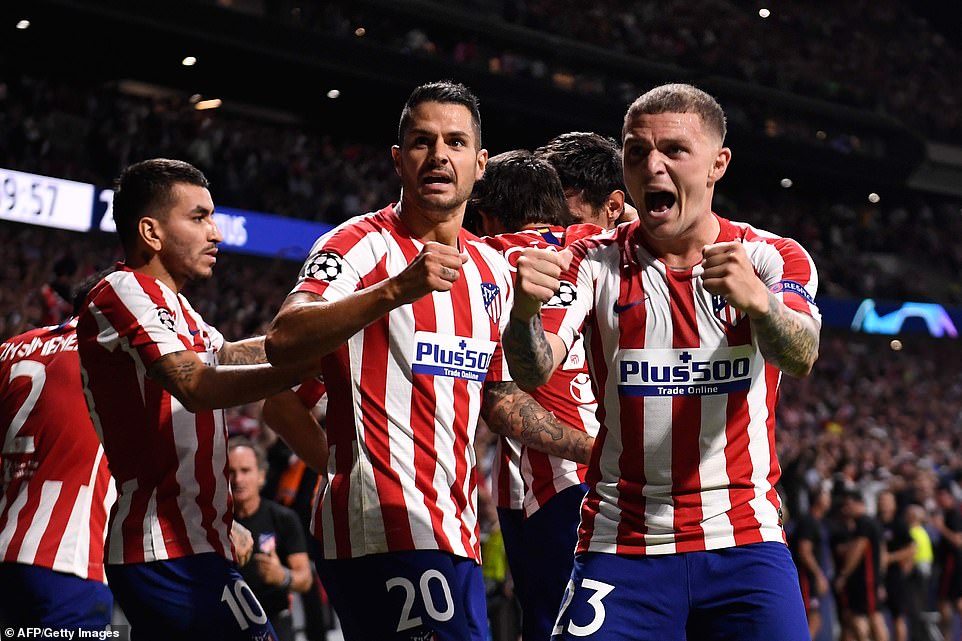 Juventus keeper Wojciech Szczesny was called into action after 10 minutes when he saved from Joao Felix before defender Jose Giminez headed narrowly over as the home side started well.

Gimenez forced Szczesny into another save with a downward header after 20 minutes as Juventus continued to soak up pressure.

Juventus had a scare when Leonardo Bonucci, the only Italian in the side for the first time in the club’s history, headed the ball clear out of the hands of Szczesny.

Miralem Pjanic went close 10 minutes before half-time when his shot from distance was deflected out for a corner. 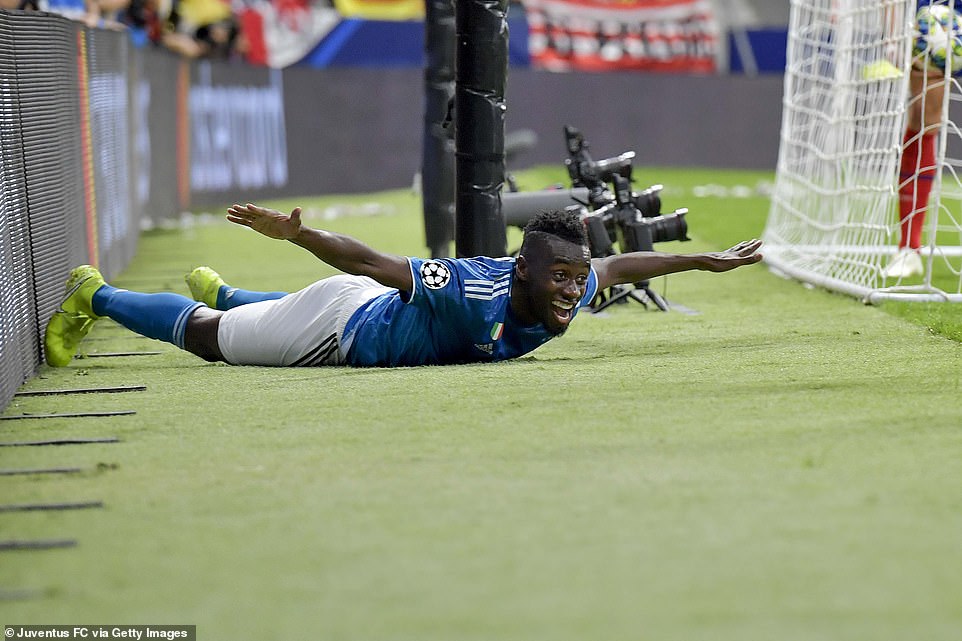 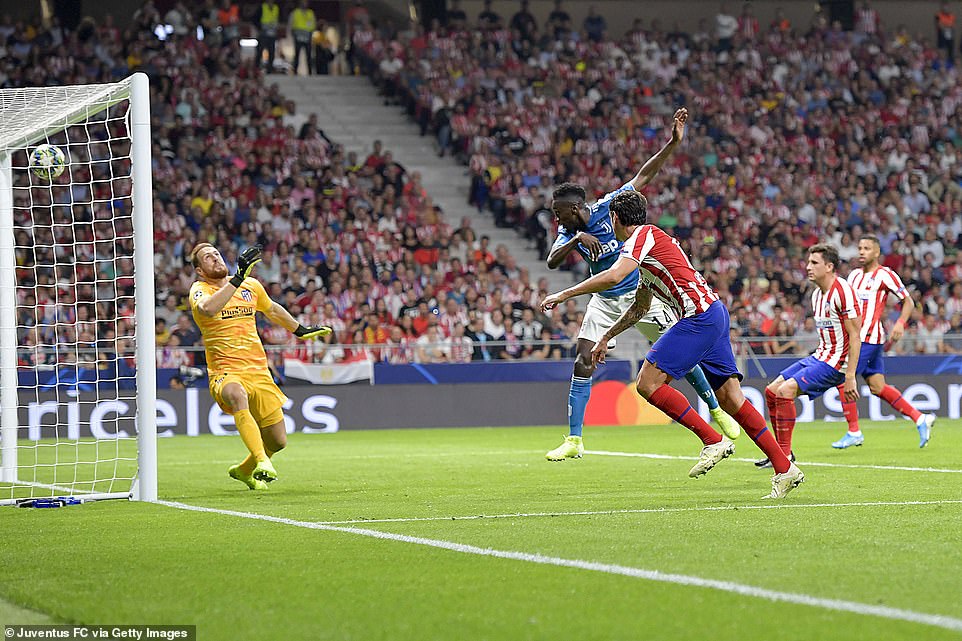 Ronaldo then headed at goal as Juventus came more into the game but it was an easy catch for Oblak.

Cuadrado broke the deadlock in the early stages of the second half with a fine finish.

Bonucci won the ball and fed Gonzalo Higuain who crossed to Cuadrado and he curled the ball into the back of the net with 47 minutes gone.

Cuadrado then turned provider as Juventus tried to add to their lead but when he found Danilo his shot was smothered by Oblak. 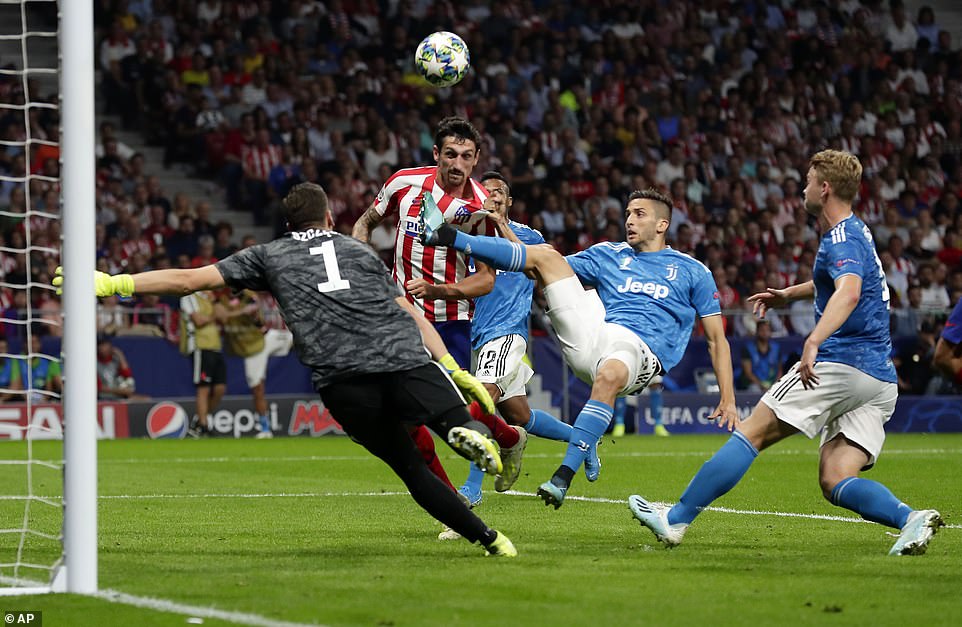 Just before the hour, Atletico had their best chance of the game following a fine passing move but Gimenez fired over the bar.

Juventus grabbed their second goal with 25 minutes remaining when Matuidi finished off a fine move with a powerful header as he met a cross from Alex Sandro.

But the home side hit back five minutes later as Savic got in between the Juventus defence to head his side’s first of the night. 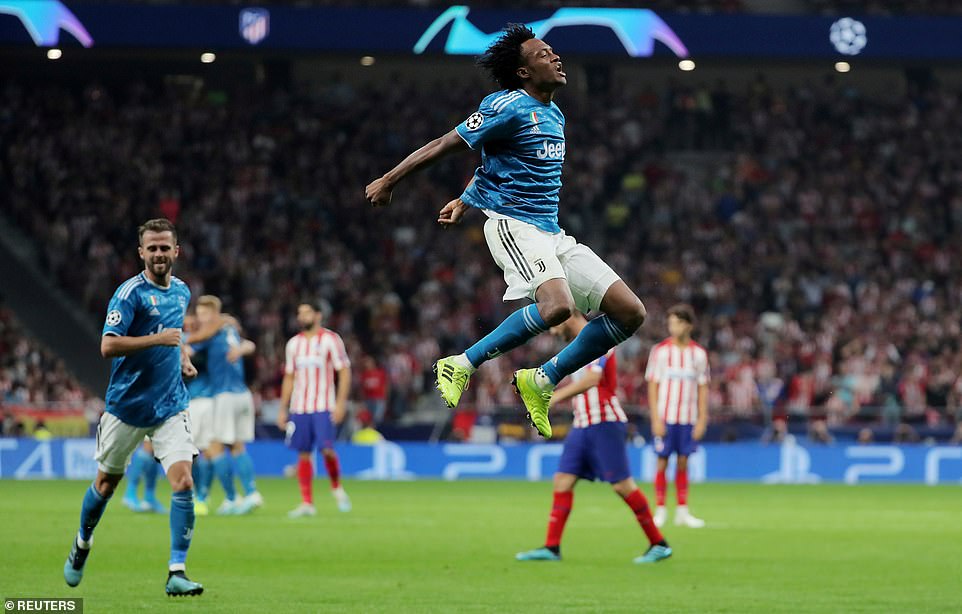 Oblak kept his side in the game with a fine save from Higuain after 73 minutes and then Kieran Trippier cleared the follow-up from Matuidi off the line.

Szczesny then pulled off a fingertip save to keep out a shot by Vitolo and Diego Costa was then booked for remonstrating with the referee who had ignored his claims for a penalty when the ball hit Bonucci on the arm.

Herrera grabbed a dramatic equaliser in the dying moments as he rose to meet a Trippier corner to head his side level.

Ronaldo tried to hit a late winner but after working an opportunity on the edge of the area he shot narrowly wide of the far post. 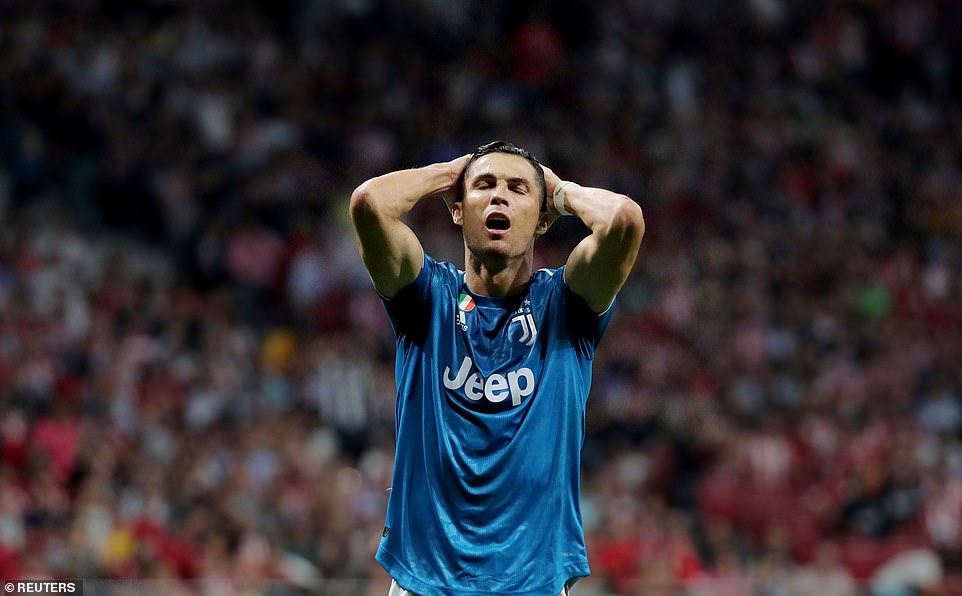