Shocking footage shows Atletico Madrid star Mario Hermoso trying to FIGHT fans in a fury over their insults to Antoine Griezmann during post-match warm-down, climbing the stands as bottles rain down

Furious Atletico Madrid defender Mario Hermoso had to be restrained by police as he tried to confront some of his own fans following the team’s 2-0 home defeat to Villarreal on Sunday.

In ugly scenes after the final whistle, Hermoso reacted furiously to a comment apparently made by a supporter who’d stayed behind to berate the players for their poor performance.

Video footage showed Hermoso responding verbally to the fans and then climbing part way into the stands to continue the debate as bottles and other missiles rained down on him. 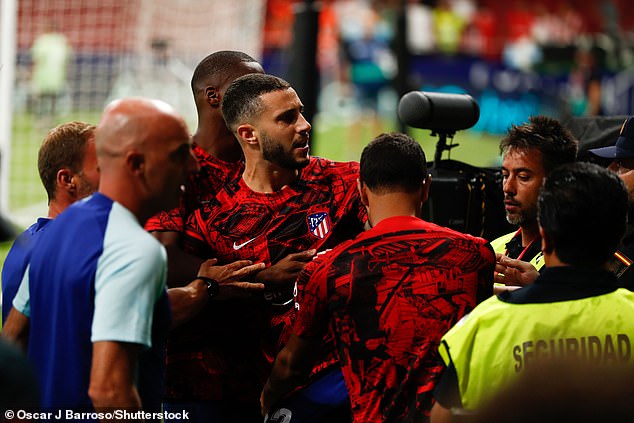 Hermoso had to be restrained by police, security and club personnel after the exchange

Hermoso had to be held back by security personnel to prevent the situation becoming even more hostile and he eventually returned to the pitch before coaching staff and team-mates led him away.

Marca in Spain reported that Hermoso reacted to some insults by the fans aimed at striker Antoine Griezmann.

During the ensuing argument, it was claimed the fans, who were part of the ‘Frente Atleti’ Ultras group, reminded Hermoso that he started his career with their arch-rivals Real Madrid. 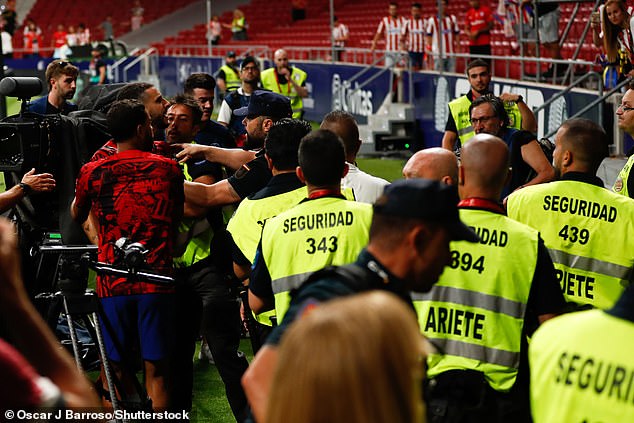 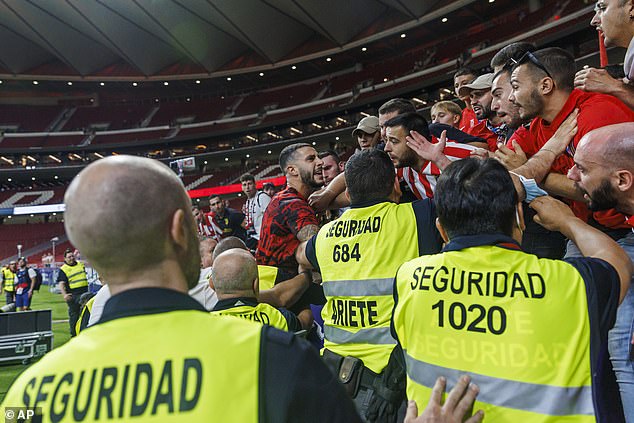 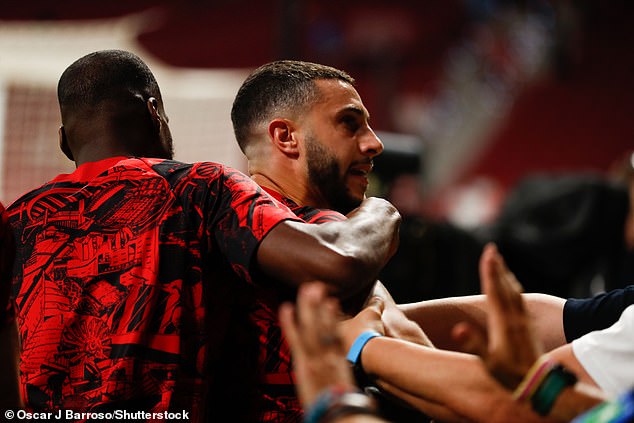 It was a further sour note on an evening that saw Diego Simeone’s team beaten 2-0 by Villarreal thanks to late goals by Yeremy Pino and Gerard Moreno.

Moreno celebrated his goal right in front of the hardcore Atletico fans, stoking tensions which then spilled over at the end.

Simeone threw Griezmann, who is in the second season on loan from Barcelona, on with 28 minutes remaining but the Frenchman wasn’t able to turn the game in Atletico’s favour. 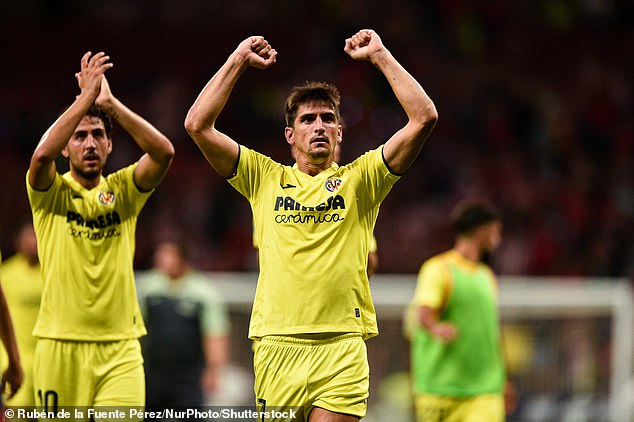 Hermoso didn’t get on the field and was warming down at the time of the clash post-match.

The result was setback for Simeone after they’d started the season with a 3-0 win over Getafe last Monday.