Atletico Madrid fans lived up to their reputation as the best in Spain after bombarding the team’s hotel with a thunderous display of support ahead of the Champions League quarter-final first-leg against Leicester.

Craig Shakespeare’s side head to Madrid in search of another famous European victory and the Foxes can expect to face a barrage of noise and colour at the Vicente Calderon if the remarkable show of support outside Atleti’s team hotel is anything to go by.

Hundreds of fans turned out to show their support for the home side hours ahead of kick-off in the Spanish capital. 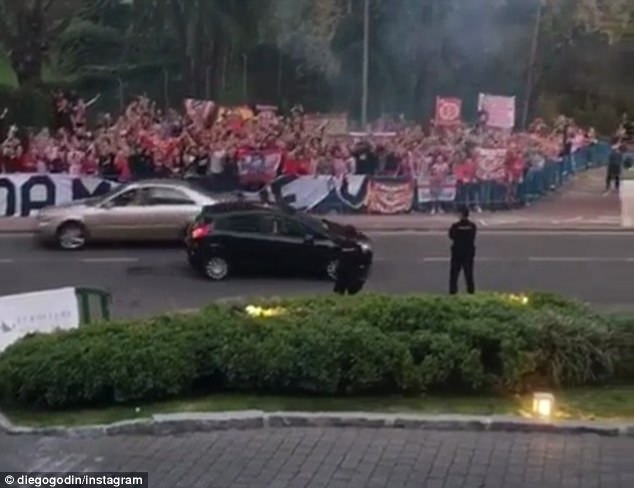 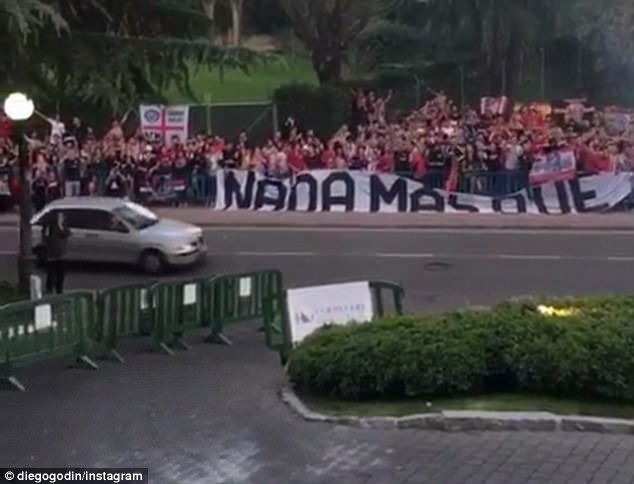 In a video recorded by Atleti vice-captain Diego Godin, the supporters chant and wave flags outside the team hotel, while a pyrotechnic appears to have been set off moments before the video started recording.

Godin was suitably impressed by the showing, captioning the video ‘La Mejor Aficion Del Mundo’ – the best fans in the world.

Atletico will be confident of securing a first-leg advantage against Leicester, who remain ranked as the tournament outsiders at 40-1. 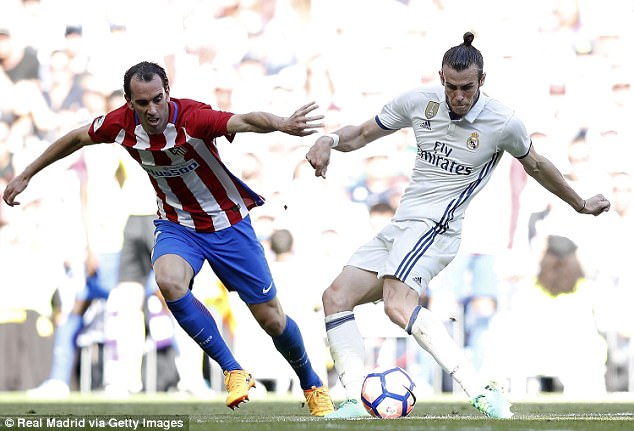 However, the Foxes shocked Spanish opposition in the last round of the competition – beating Sevilla 3-2 on aggregate, despite losing the first leg 2-1 away from home.

Shakespeare says his side are not just in the competition to make up the numbers and insists they will go for the win at the Vicente Calderon.

‘We have enjoyed it but make no mistake we’re there to compete and not to make the numbers up,’ he said. 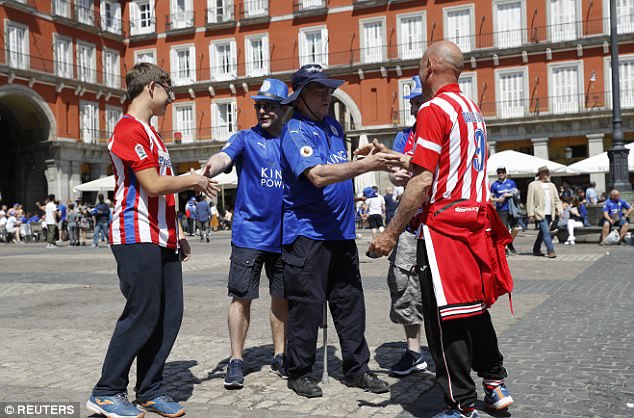 ‘These players deserve this opportunity and we aim to keep that going.

‘You have to pinch yourself but these are the nights you look forward to. It’s a traditional ground. It gives you a little tingle.

‘In terms of life experience you use them as you go along, you have new ones and this is for us in the Champions League this season.’