Leicester City defender Caglar Soyuncu has emerged as a target for Atletico Madrid.

The 25-year-old has a year left on contract and has been linked in his native Turkey with Champions League finalists Real Madrid.

However, it is understood their city rivals Atletico are the main contenders for his signature.

Atletico have followed the Turkish centre-back’s progress for the past four years since he was at Freiburg.

Soyuncu joined Leicester from the German side for a fee of £19million in 2018 and has since made 123 appearances for the Foxes.

He has been on the bench for the last five matches under Brendan Rodgers and not completed 90 minutes since the 3-1 defeat to Tottenham on May 1, fuelling suggestions that he will be allowed to leave the club in the summer. 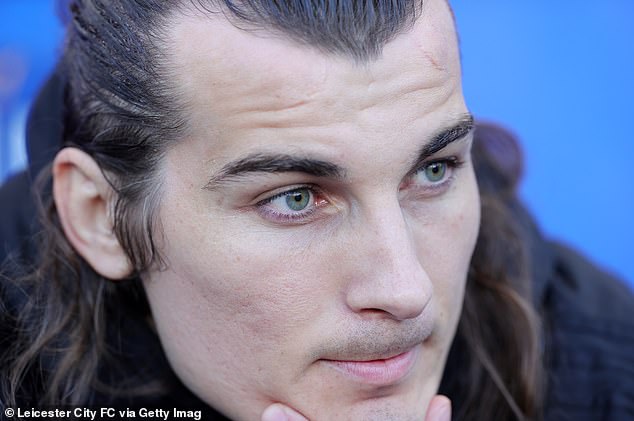 Leicester are not in a strong negotiating position, however, due to Soyuncu only having a year left on his deal.

Hamza Choudhury and Ayoze Perez could also be allowed to leave the King Power in the transfer window, while the club are expecting interest in the likes of Youri Tielemans, James Maddison and Harvey Barnes.