Welfare should be increased to address ‘lamentable’ indigenous incarceration rates – but the problem cannot be compared to US police brutality, Attorney General says

Global protests about the police killing of African American man George Floyd have renewed focus on the systemic mistreatment of Aboriginal people.

More than 400 indigenous people have died in custody since 1991.

The problem is even worse with young First Nations people.

Protesters at the Black Lives Matter protest on Tuesday evening in Sydney. The George Floyd protests in America have renewed focus on mistreatment of Aboriginal people in Australia 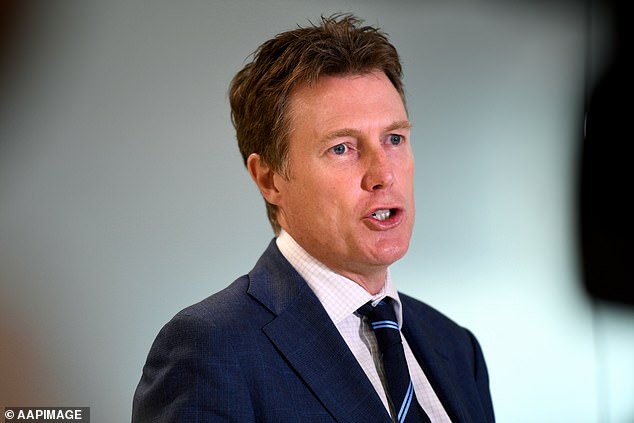 ‘They are lamentable. They are a sharp policy focus. It is a very difficult problem to solve,’ he said in Sydney on Wednesday.

‘The mistake has always been made by looking at rates of incarceration, which I absolutely agree are lamentable, but to view that as a criminal justice problem.

‘It is a much broader problem that has to require significant increases in the welfare and employment of Aboriginal Australians.’

He cautioned against drawing too many parallels between the United States and Australia.

‘We shouldn’t mistake specific problems of grotesque police brutality in America – literally a world away – with our own problems,’ Mr Porter said. 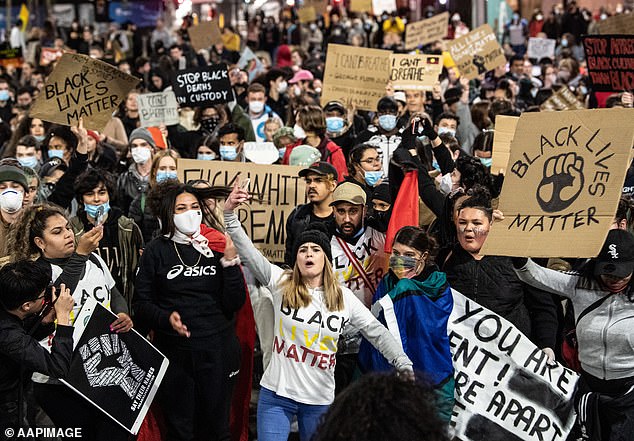 Mr Porter said we should not draw too many parallels between the United States and Australia. Pictured: protesters at the Black Lives Matter protest in Sydney on Tuesday