ATV hits people after man tries to push it off cliff

What were they thinking?

A group of friends decided to send an ATV off a rocky cliff in a mountain range somewhere in U.S.

A video shows a man trying to push the empty vehicle off the cliff, but the it has another idea. 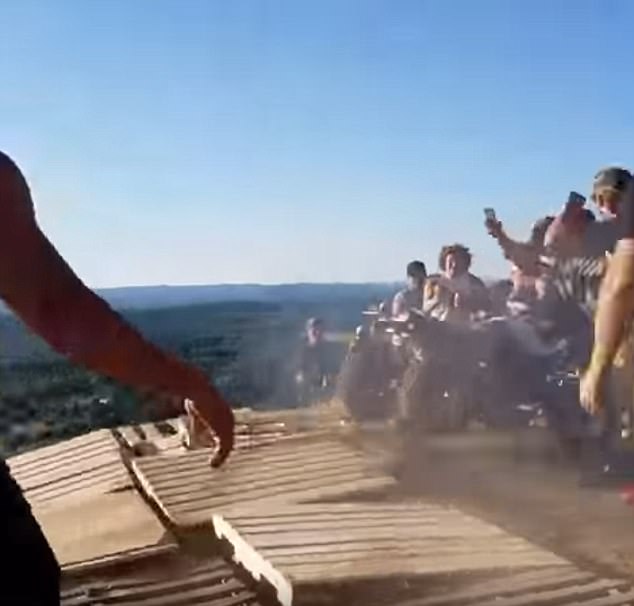 The man is seen starting the ATV on top of several wooden pallets and then jumping off before he sends it off a cliff.

Instead, the vehicle veers to the right and slams into a group of at least seven friends watching the incident.

Several people go flying as the ATV careens into them, but the only noise hear is laughter.

After passing through the crowd the ATV does eventually fly off the cliff, just not where it was intended to. 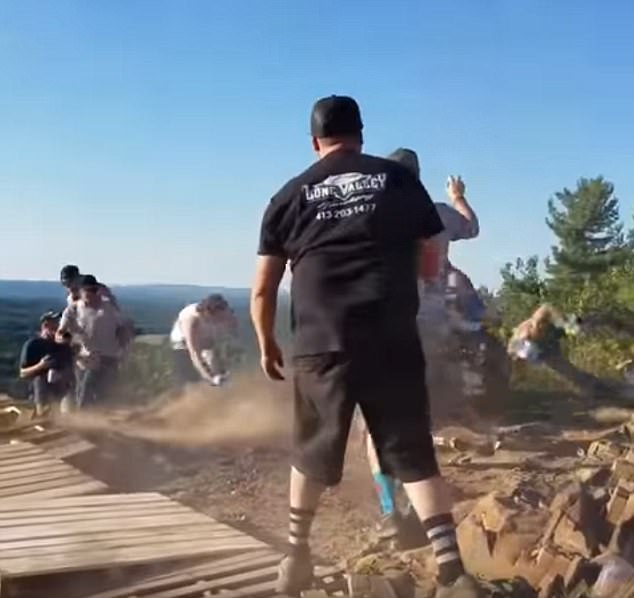 The vehicle plows through the group of people. Above on the right a man is seen after he is sent flying when the ATV hits him. He later stands up and doesn’t appear to be hurt 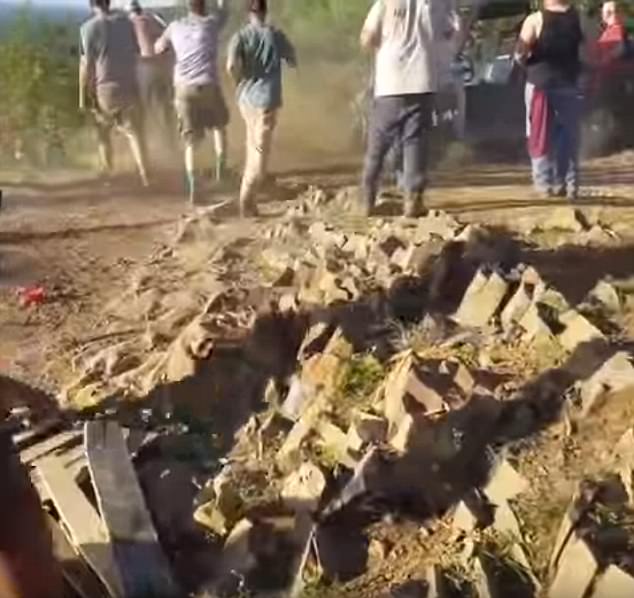 The vehicle goes flying off the cliff after hitting the group. The whole incident is met with laughter and it doesn’t appear anyone was hurt

It doesn’t appear that anyone was seriously injured.

It is unclear why the group were trying to send the ATV over the cliff.

The video appears to have been posted by user @littlejayisking on Instagram before it was uploaded to Junkin Media.