A mother and daughter enjoying a Friday evening in front of the television had a lucky escape after a car crashed into their front room.

Mel Beattie was left with seven broken ribs and a punctured lung while her 15-year-old daughter Tash suffered two broken ribs and a fractured ankle after the black Audi A4 ploughed into the family home in Worcester, at around 10.30pm on Friday night. 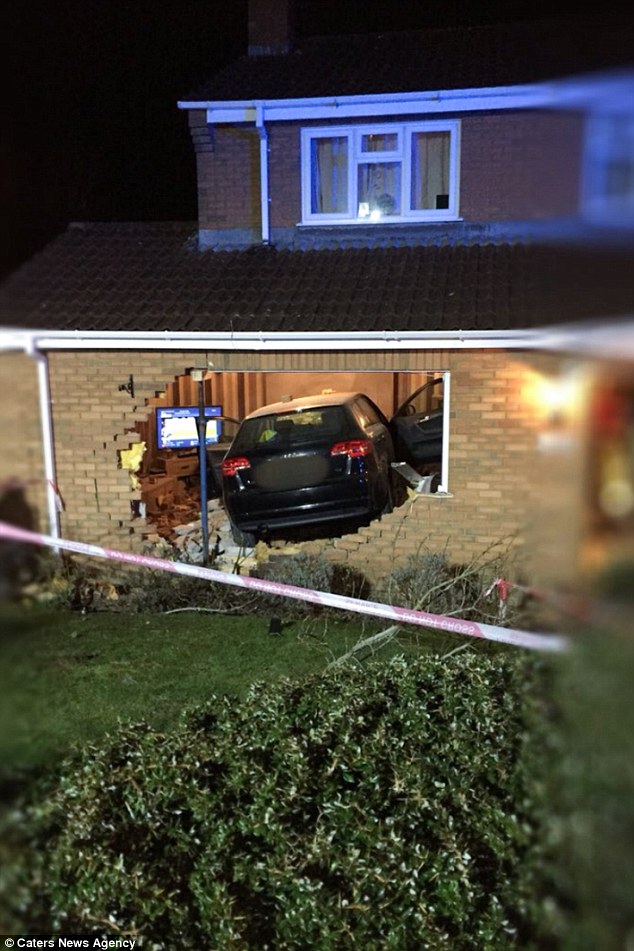 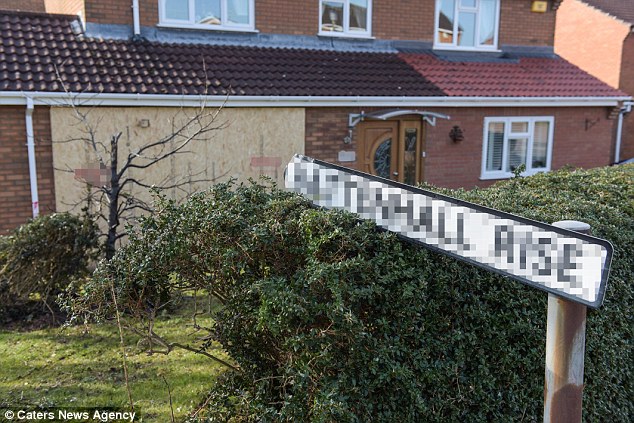 The pair are now recovering in Worcestershire Royal Hospital after the male driver fled the scene by climbing out of the passenger side door.

Mr Beattie said: ‘I only saw the back of him. I didn’t manage to see his face.

‘There was dust and fumes everywhere. Inside just looks like a war zone and we’re all lucky to be alive.’

Ms Beattie had been sat on the sofa with her back to the window when the car hit, sending her flying across the room, her husband said he was amazed she hadn’t suffered worst injuries.

He said: ‘How Mel is alive I’ll never know. She should have had her head taken off.

‘The settee was pushed right across the room.’

Robert is hoping that his wife and daughter will be out of hospital by the end of the week.

The building, which the family have lived in since 2000, was described as ‘structurally unsound’ and crews from Worcester and Droitwich attended together with the ambulance service and specialists paramedic team. 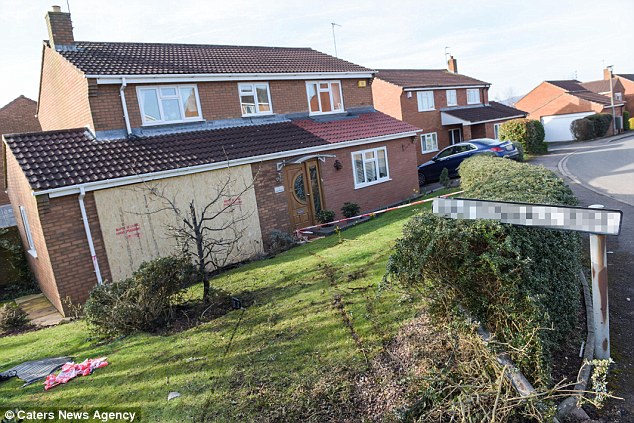 The Hereford and Worcester Fire and Rescue Service confirmed there were two casualties and one rescue and that the incident had been ‘left with police’.

West Mercia Police also confirmed that no arrests have yet been made but a spokesperson for the force said all efforts were being made to identify him.

The police are appealing for anyone with information about how the crash happened or the identity of the driver to come forward by calling 101, quoting incident reference 786s of March 23. 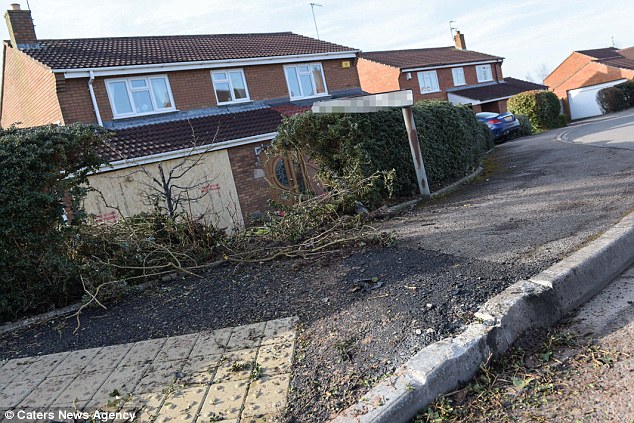 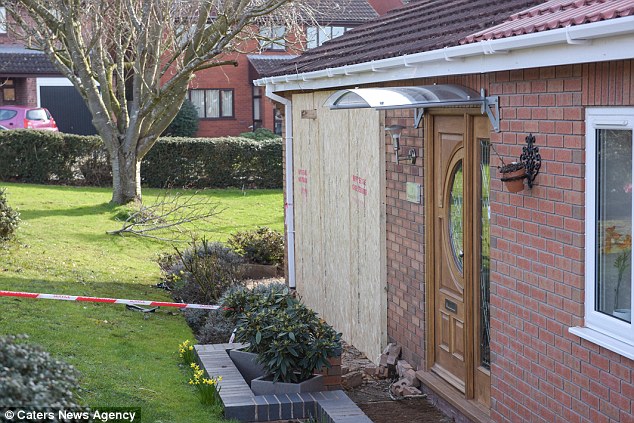 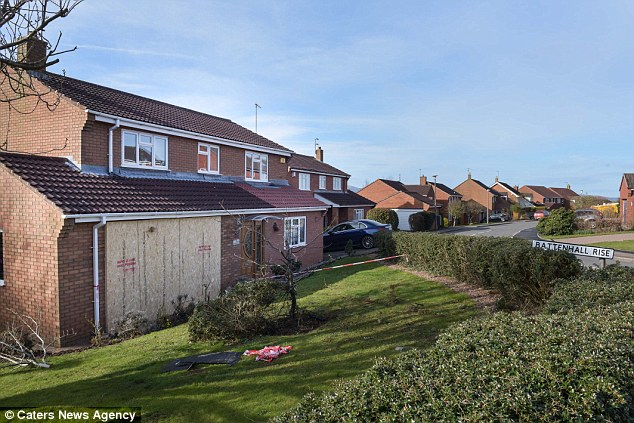 The house remains boarded up, while the pavement and garden has suffered damage