Audi driver who swerved to overtake is banned from roads

A lunatic driver who overtook in the fast lane of a motorway by swerving into the central reservation has been banned from the road.

Michael Waistell, 32, was caught on a dashcam as he squeezed his Audi A7 past another motorist in a shockingly reckless manoeuvre near Wellington in Somerset.

He tailgated a Volvo driver in the outside lane of the M5, before squeezing past the car in the narrow gap between it and the crash barrier in the middle of the road. 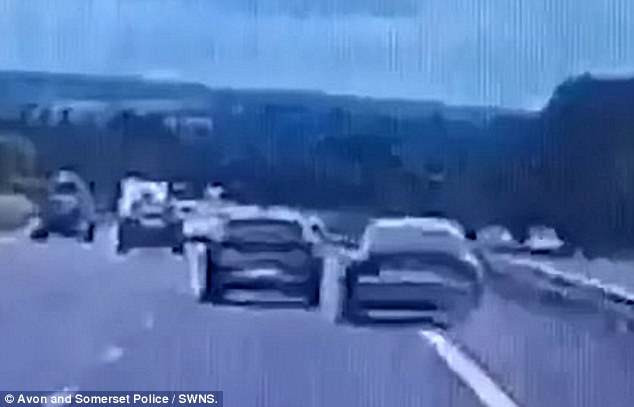 A cloud of dirt and debris was thrown up by his wheels, causing yet another potential hazard to motorists behind him on August 5 at about 11am.

Waistell thought he had got away with the incident as he sped off, but the footage was handed to police who found him and charged him with dangerous driving.

Waistell, from Oldham, Greater Manchester, admitted the offence and has now been banned for a year and fined £665 by magistrates in Taunton.

Lee Borastero, who filmed the incident, said: ‘As he pleaded guilty I think he got what he deserved. I was not expecting jail time, as he had pleaded guilty. 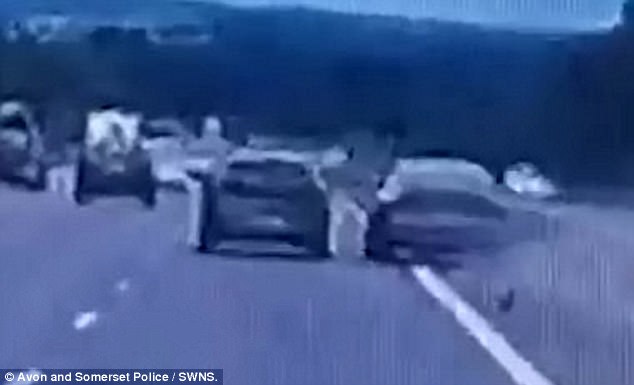 The car squeezes through the space, creating a fourth lane between the barrier and Volvo 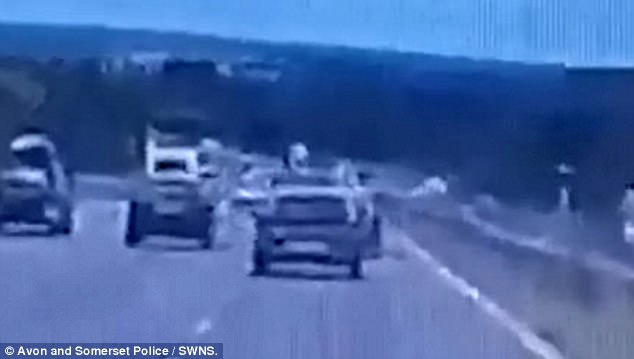 After overtaking and spraying tarmac dust on other cars, the Audi speeds off into the distance

‘It took a few days to sink in about what could have happened on the motorway.

‘There have been some horrific accidents on the M5 this year and in the past few years.

‘We travel the M5 quite a bit. I am very wary about the traffic around me now.’

Waistell, who was summonsed to appear before the court, was also ordered to take an extended test before he gets his licence back.