Meghan McCain was shamefully silenced by audience members of ‘The View’ Thursday when she expressed her opinion on the NFL’s new national anthem policy.

The conservative talk show host chimed in on the controversial conversation with tablemates Joy Behar, Sunny Hostin, Sara Haines and Whoopi Goldberg and seemed to be the odd ball of the bunch with her commentary.

Behar had turned the discussion to President Trump and his September remarks about social rights activist and former San Francisco 49ers quarterback Colin Kaepernick, who started the anthem protests on the field back in 2016.

Trump said in a press conference that NFL owners should respond to kneeling players by terminating them and forcing ‘that son of a b***h off the field.’

Meghan McCain was silenced by audience members of ‘The View’ Thursday 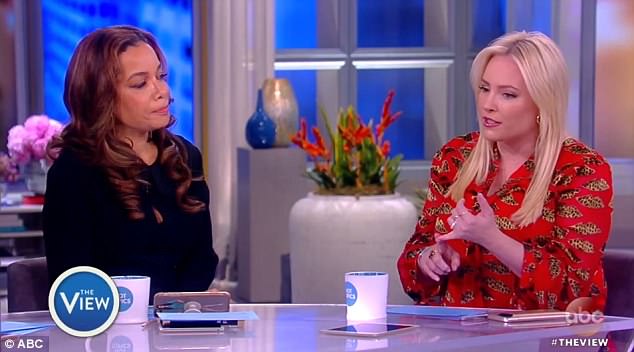 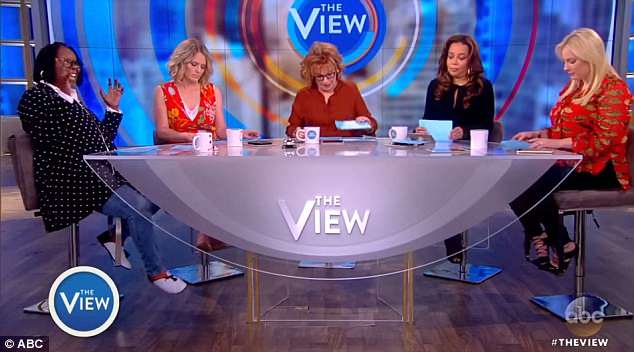 ‘The View’ hosts Whoopi Goldberg, Sara Haines, Joy Behar, Sunny Hostin and McCain are shown above during the Thursday episode

In response to Trump’s fiery remarks, McCain said with a serious face: ‘I can’t analyze his anger… he’s been pretty angry and irrational in different places.

‘I will say that I completely disagree with everyone on this table… I would never be OK with someone not saluting the flag.’

The US senator’s daughter pointed out a Reuters report, and said 72 percent of Americans believe Kaepernick’s behavior was ‘unpatriotic’.

MccCain was immediately interrupted by Hostin – who strongly expressed her support of the protests. 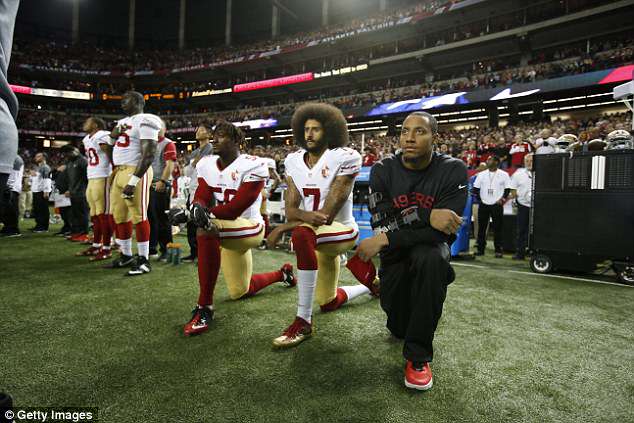 Eli Harold #58, Colin Kaepernick #7 and Eric Reid #35 of the San Francisco 49ers kneel on the sideline, during the anthem, prior to the game against the Atlanta Falcons at the Georgia Dome on December 18, 2016 in Atlanta 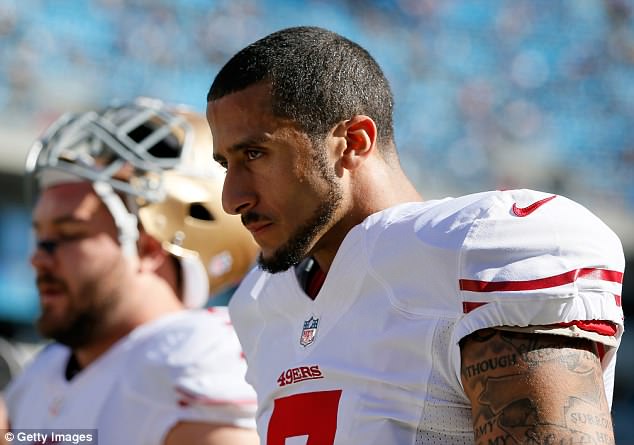 Kaepernick, formerly of the San Francisco 49ers, walks on the field during warm ups prior to the NFC Divisional Playoff Game against the Carolina Panthers at Bank of America Stadium on January 12, 2014 in Charlotte

Houstin said in response to McCain: ’97 percent of African Americans think it is very patriotic.’

McCain became frustrated when the audience began cheering in support of Houstin.

McCain added: ‘Can I please finish what I am saying?’ and ‘I’m still talking!,’ while the crowd continued clapping.

The policy comes after Trump threats toward the NFL, suggesting the league should be taxed more. He also said players who fail to stand in respect for the flag should be subject to deportation. 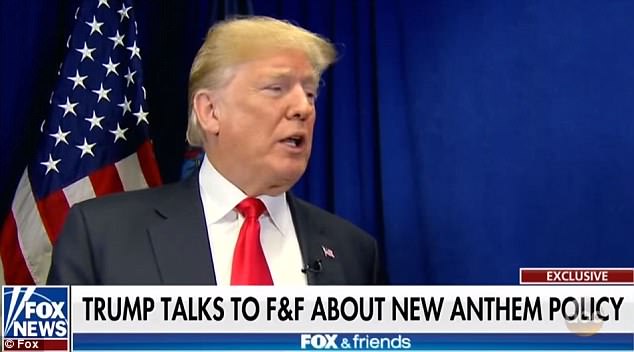 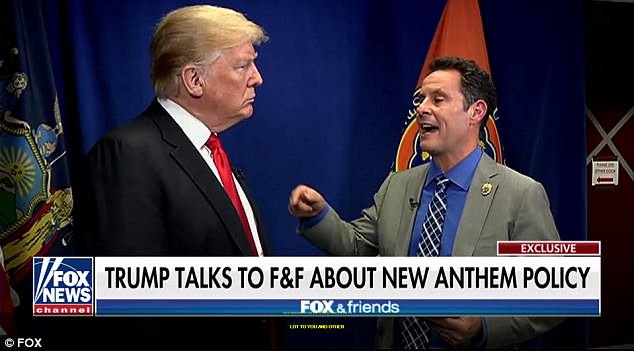 Trump commented on the policy afterward, saying that he thinks ‘it’s good’

NFL players will be required to stand for the anthem, and those who wish to not participate, may stand in the locker room.

Players who fail to follow the guidelines could also be subject to a fine.

Trump responded to the policy change later while speaking with Fox & Friends.

‘Well, I think that’s good. I don’t think people should be staying in locker rooms, but still, I think it’s good,’ Trump said. The new policy states players will stand for the national anthem, and those who wish not to, can stay in the locker room