Auditors of collapsed cake chain Patisserie Valerie are fined more than £2.3m due to ‘serious lapses in professional judgement’

The auditors of Patisserie Valerie have been fined more than £2.3 million due to ‘serious lapses in professional judgement’ while they were working on behalf of the collapsed cake chain.

The Financial Reporting Council (FRC) made its findings against accounting giant Grant Thornton and auditor David Newstead, handing them fines of £2.34 million and £87,750 respectively.

In the three years the auditors were employed, between 2015 and 2017, the liquidator notes that there was a ‘pattern of serious lapses in professional judgement, failures to exercise professional scepticism, failures to obtain sufficient appropriate audit evidence and/or to prepare sufficient audit documentation’.

The auditors of Patisserie Valerie have been fined more than £2.3 million due to ‘serious lapses in professional judgement’ while they were working on behalf of the collapsed cake chain

As a result of these ‘potentially fraudulent accounting irregularities’, the company subsequently entered into administration in October 2018, leading to the closure of 70 stores and more than 900 job losses.

It then fell into administration in 2019 before being rescued by Irish private equity firm Causeway Capital Partners.

To understand its demise, investigators looked at three audits in 2015, 2016 and 2017, and found the business had been overstating its accounts for years.

Following administration, the chain was found to have overstated its cash position by £30million and failed to disclose overdrafts of nearly £10million.

Heavy cost-cutting to survive had seen the company remove key ingredients, including butter, replacing it with cheaper margarine in its products.

It led to several arrests for fraud and an investigation by the Serious Fraud Office. 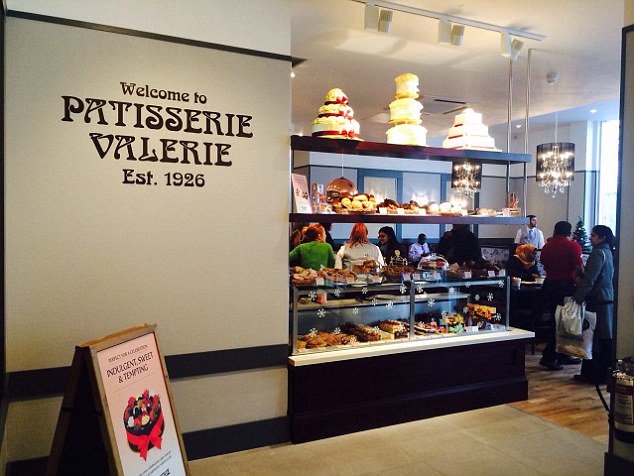 The FRC said a fine against Grant Thronton would have been £4million, but was adjusted for ‘exceptional levels’ of cooperation.

But the company, which was established in 1926, must now report annually to the regulator for three years to show what efforts it is making to improve its audits and change its culture.

A so-called ‘Severe Reprimand’ was also issued and the company has agreed to pay the FRC’s costs for the investigation.

Newstead, who carried out the work for Grant Thornton, was given a three-year ban from carrying out audits or signing off audit reports.

Both accepted there had been failures in parts of their audit work.

‘The audit of Patisserie Holdings Plc’s revenue and cash in particular involved missed red flags, a failure to obtain sufficient audit evidence and a failure to stand back and question information provided by management.’

A spokesperson for Grant Thornton said the company has invested significantly in audit practice since the scandal.

He added: ‘We have cooperated fully with the FRC and acknowledge the investigation’s findings relating to our audits in 2015-2017.

‘We regret the quality of our work fell short of what was expected of us in this instance.’

A civil case had previously been launched against Grant Thornton by liquidators at FRP Advisory, claiming the auditor was negligent.

The spokesperson said: ‘We will continue to rigorously defend the civil claim brought by Patisserie Valerie’s liquidators, which ignores the board’s and management’s own failings in detecting the sustained and collusive fraud which took place.

‘We recognise that there were shortcomings in our audit work; however, our work did not cause the failure of the business.’