It was just a week ago that MTV announced it’s rebooting reality show The Hills.

And on Tuesday, Audrina Patridge and Stephanie Pratt were back at it shooting scenes for the revived series.

The two blondes greeted each other and air kissed as cameras rolled in Beverly Hills.

They’re back: Audrina Patridge and Stephanie Pratt greeted each other with an air kiss as their ‘chance’ encounter in Beverly Hills was filmed for The Hills reboot on Tuesday

Patridge, 33, was dressed in a white tee and ripped black denims that she paired with towering shiny gold heels.

Her long highlighted locks were loose and she accessorized with large hoop earrings.

She wore a gold bangle on one arm and carried a small black purse on a gold shoulder chain.

The show staged her ‘chance’ encounter with Pratt in the upscale neighborhood, with the pair seeming to do several takes. 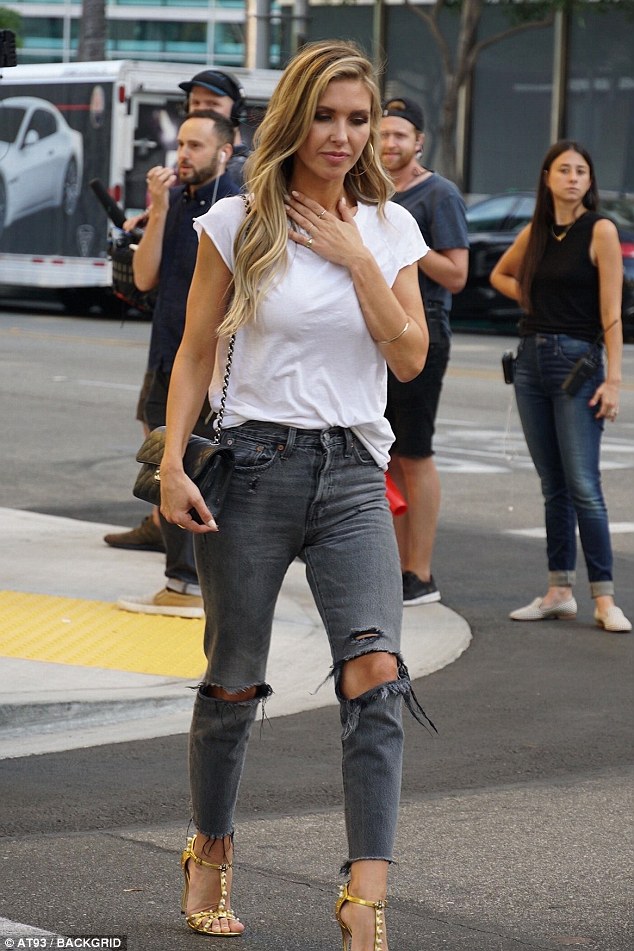 Keeping it real: : Patridge was dressed in a white tee and ripped black denims that she paired with shiny gold heels as she returned to the show that originally aired from 2006 to 2010 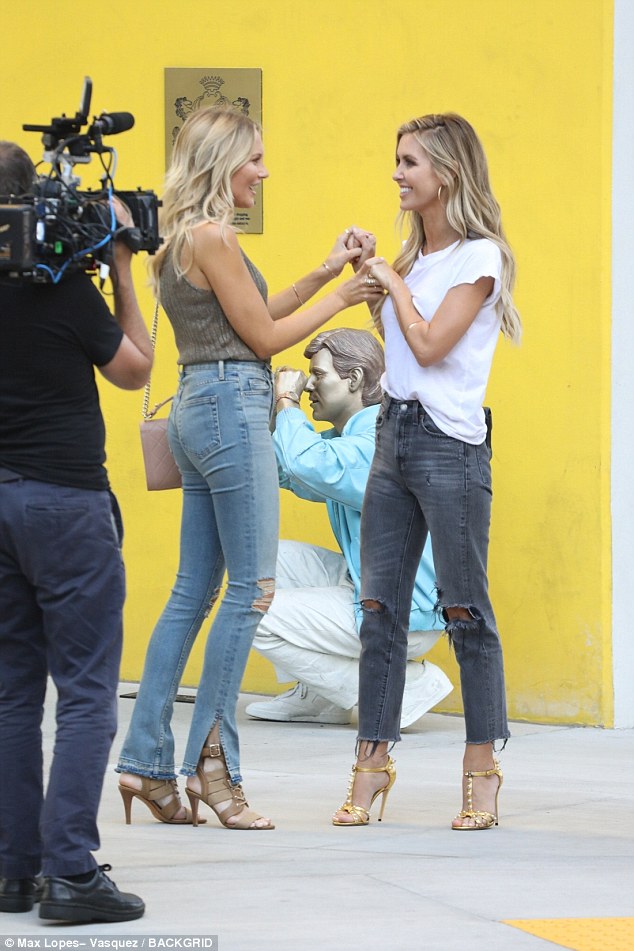 Like riding a bike: The two blondes appeared relaxed and at ease as they shot scenes 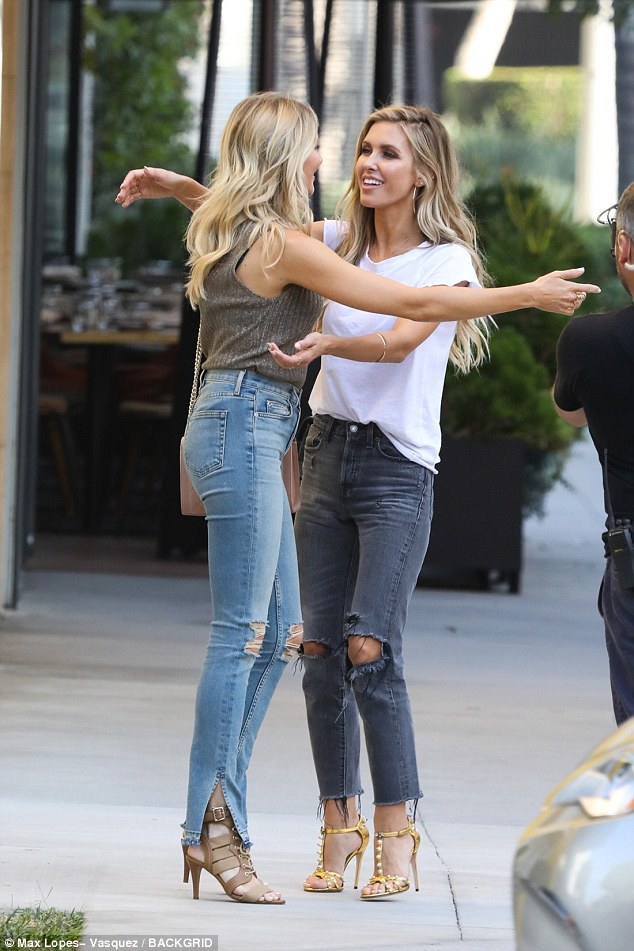 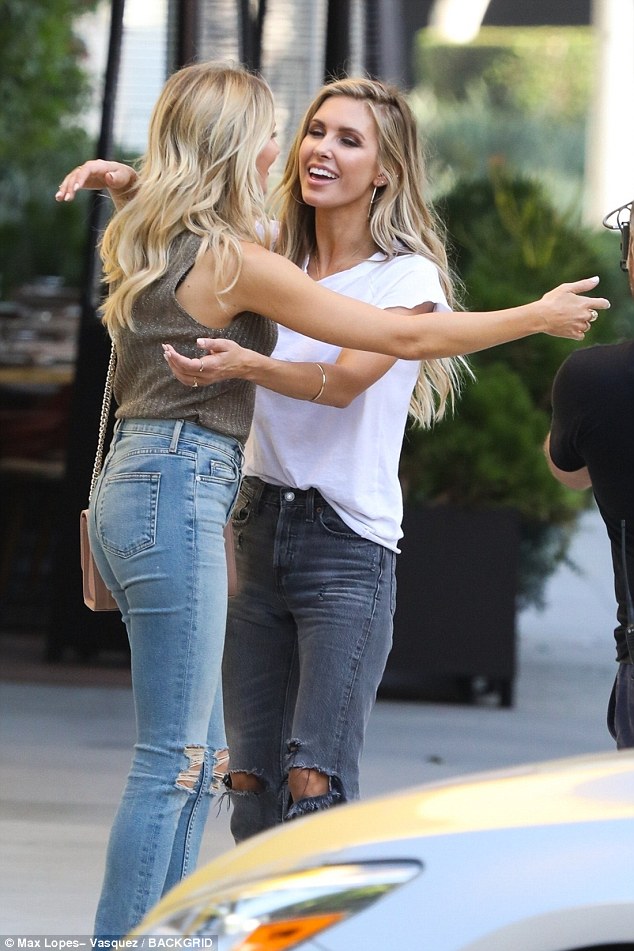 California girls: They each wore their long hair loose

The 32-year-old paired her blue denims with a sleeveless brown top that flashed cleavage thanks to its plunging neckline.

She also left her long hair loose and carried a brown leather purse on a gold shoulder chain.

The Hills: New Beginnings was announced during the MTV Video Music Awards on August 20. 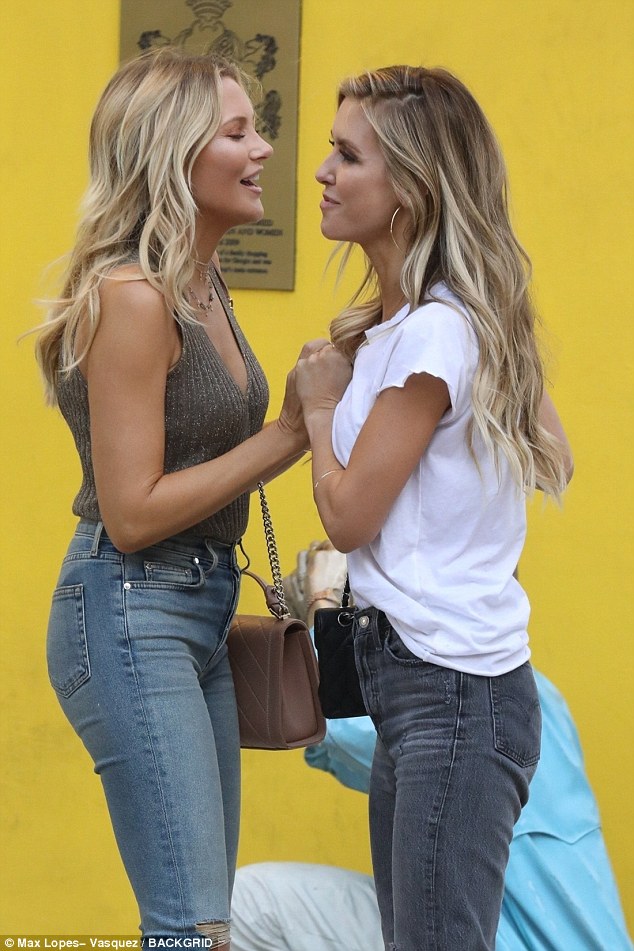 Looking good: Pratt flashed cleavage thanks to the plunging neckline of her knit top and she carried a large brown purse on a gold shoulder chain 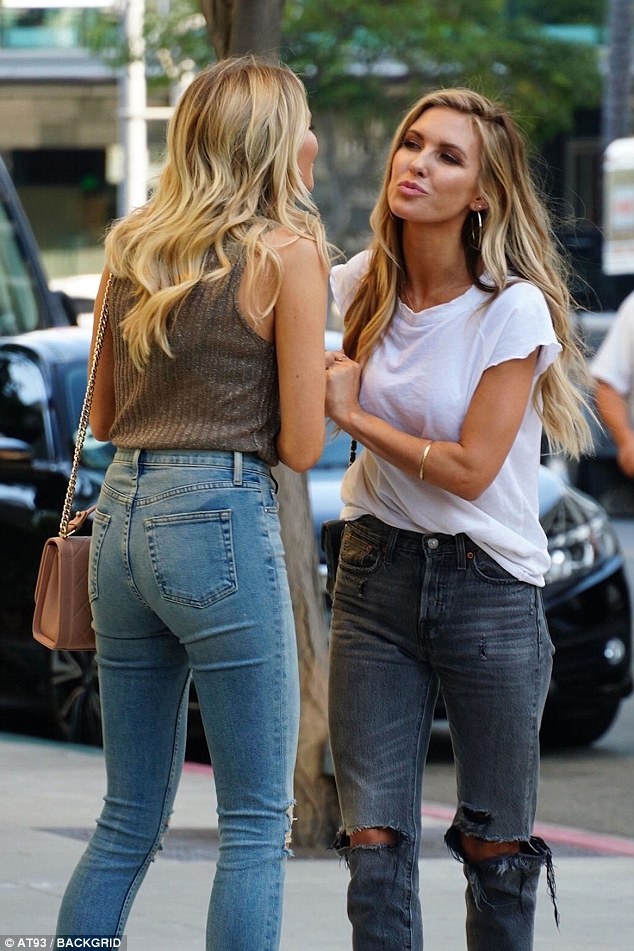 Rebooted: The Hills: New Beginnings was announced during the MTV Video Music Awards on August 20 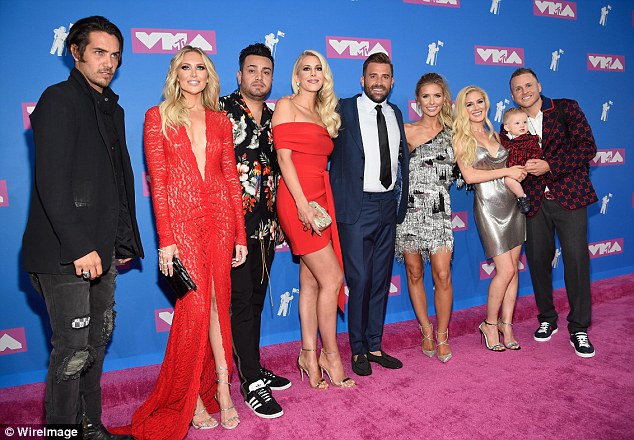