The man who opened fire on a crowded movie theater in suburban Denver in 2012, killing 12 people and wounding 70 others, is being housed at a facility in Pennsylvania, the Federal Bureau of Prisons disclosed Thursday.

James Holmes’ location had been a tightly held secret after he was moved out of Colorado last year because he was attacked by another inmate.

Colorado prison officials had argued that they could not say where he was being held because of an agreement with states that take in out-of-state prisoners.

James Holmes (pictured here in 2015), who opened fire at a Batman premiere in a suburban theater in Denver in 2012 that ended up killing 12 people and wounding 70 others, is being housed at a facility in Pennsylvania

In April, a state committee that focuses on victims’ rights determined that Colorado’s corrections department should have done more to inform victims of the Aurora shooting that Holmes, now 29, was transferred out of state to serve his life sentence.

The action came in response to complaints from family members of some of the victims, and Colorado’s corrections department agreed to update its victim notification policies.

Several survivors of the attack said they were upset after corrections officials quietly transferred Holmes.

The department repeatedly refused to tell the public – including prosecutors, survivors and the families of the dead – where or how he was being held. 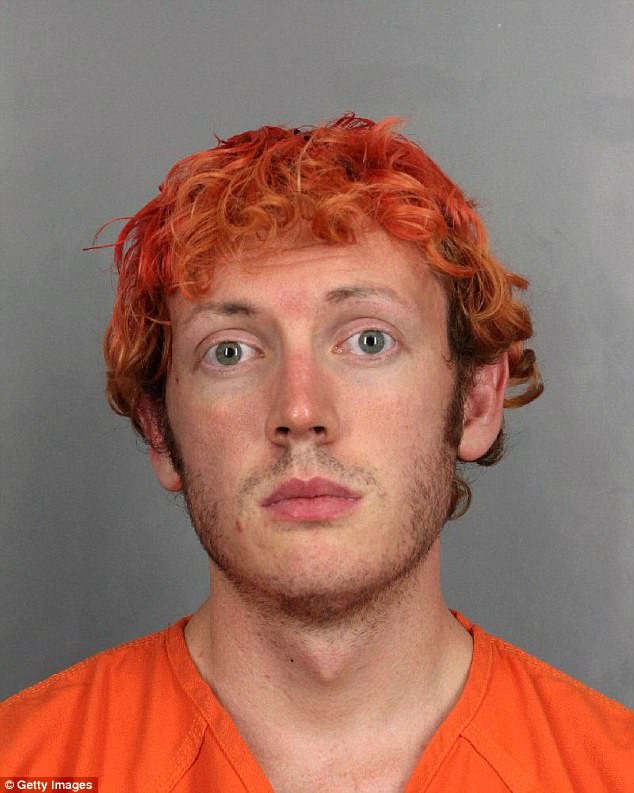 Holmes posed here for a booking photo on an unspecified date in Centennial, Colorado

Documents provided to The Associated Press and other news outlets though open-records requests revealed that Holmes was transferred out of the state partly because another inmate pushed his way through a partially open door and attacked him when he was being held in the Colorado State Penitentiary in Canon City, the state’s highest security prison.

Prison officials believed other inmates were likely to keep targeting Holmes ‘because of the high profile nature of his crimes,’ according to the documents.

In a press release Wednesday night, the state department of corrections said it tried to move Holmes into the federal system several months ago, but that required finding a facility that could provide adequate security.

Colorado has transferred other high-profile inmates without disclosing their locations, including Austin Sigg, who was 17 when he was sentenced to life in prison for killing a 10-year-old girl he abducted on her way to school. 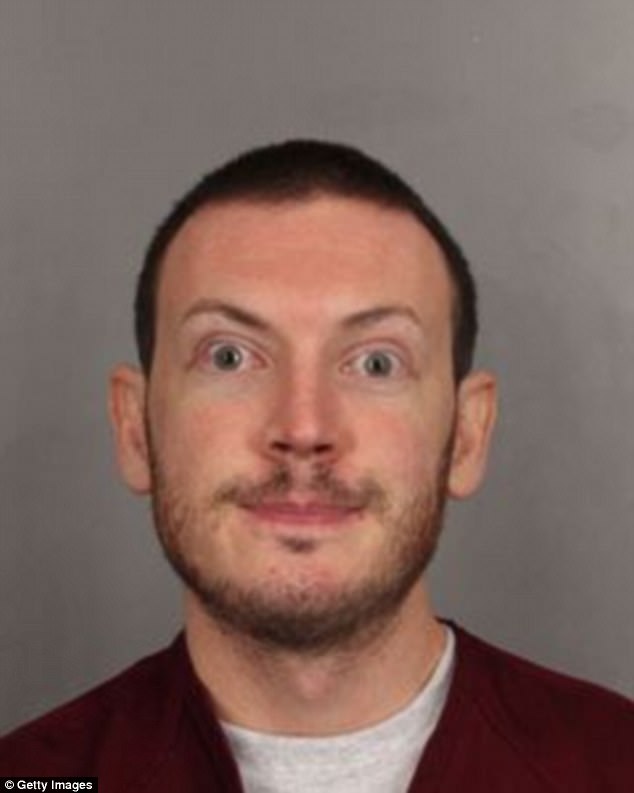 Holmes pictured here in a mugshot September 20, 2012 in Centennial, Colorado

In July 2015, Holmes was found guilty on all 165 counts against him in the devastating 2012 attack on moviegoers at a midnight Batman premiere.

The tragic scene, which saw him use three murder weapons — a shotgun, a handgun and an AR-15 rifle, left 12 people dead and dozens of others wounded

The youngest victim to die was a six-year-old girl – her mother also suffered a miscarriage and was paralyzed in the attack.

At the time of his attack his attorneys said Holmes suffers from schizophrenia and was in the grip of a psychotic breakdown.

They claim his condition was so serious that he was unable to tell right from wrong. 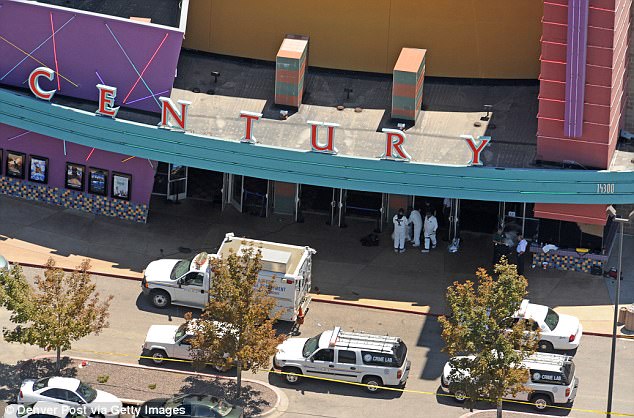 Holmes gunned down 12 people to death inside The Century movie theater (pictured here) July 20, 2012 whilst wounding 70 others in a firing rampage inside the showing of Batman, The Dark Knight Rises 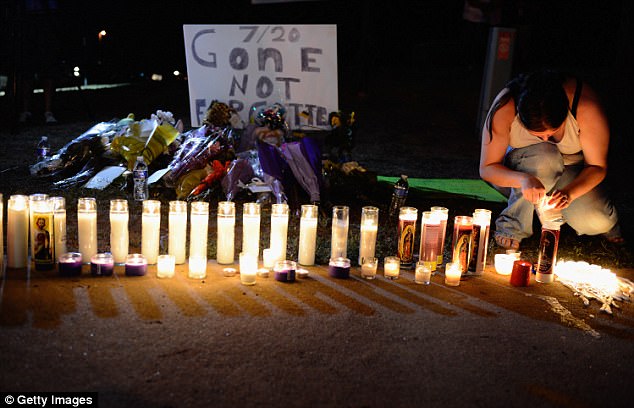 On July 20, 2012 a woman can be seen lighting candles at a makeshift memorial for victims of the Century 16 movie theater

They argue he was so delusional that he managed to cover up his plans from friends and two psychiatrists months prior to the shooting.

Holmes received 12 life sentences plus an addition 3,318 years in jail for killing the 12 movie-goers and attempting to murder more.

In 2015 Judge Carlos A. Samour Jr. told the Colorado gunman he would not be eligible for parole, adding: ‘It is almost impossible to comprehend how a human being is capable of such acts.’

After imposing the sentence, he added: ‘It is the court’s intention that the defendant never set foot in free society again.

‘If there was ever a case that warranted a maximum sentence, this is the case. The defendant does not deserve any sympathy.

‘Sheriff, get the defendant out of my courtroom please.’