Aussie boxing glamour girl Ebanie Bridges opens up on wild pub brawl that saw her ‘rip a woman’s mouth open’ with her fingers: ‘There was blood everywhere’

Aussie boxing star Ebanie Bridges has revealed she left another woman bleeding heavily after the pair clashed in a vicious pub brawl.

The 35-year-old IBF bantamweight world champion made the startling admission that she hit the woman ‘with all her might’ and used her finger like a ‘fish hook’ to leave her with an apparently serious facial injury.

Bridges, who now lives in the UK, didn’t want to give too many details of the incident due to legal reasons.

Ebanie Bridges opened up about a pub fight that saw her ‘fish-hook’ a woman in an Aussie pub. Bridges has slammed critics in the past who believe she is all glamour and no talent 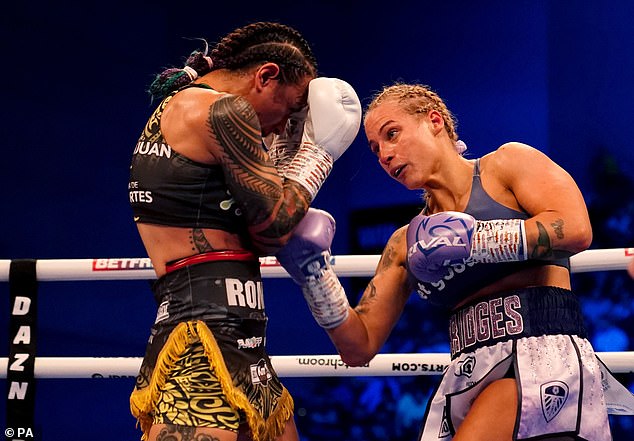 ‘I did have a pub fight where I was sitting with my friends. These big Islander girls. Group of five of them. I’m like, “Can you move over a little bit? You keep knocking me when you’re talking,”‘ she told IFL TV’s Raw: The Fight Within podcast.

‘I’m not a trouble starter, it takes a lot. My friend is getting wound up. They kept going on and my friend said she had my back so I took my watch off, ready.

‘I’ve gone bang with all my might in this girl’s face.

‘I don’t even know what happened, I was sitting down and it felt like they were hammer hitting, slapping my head. 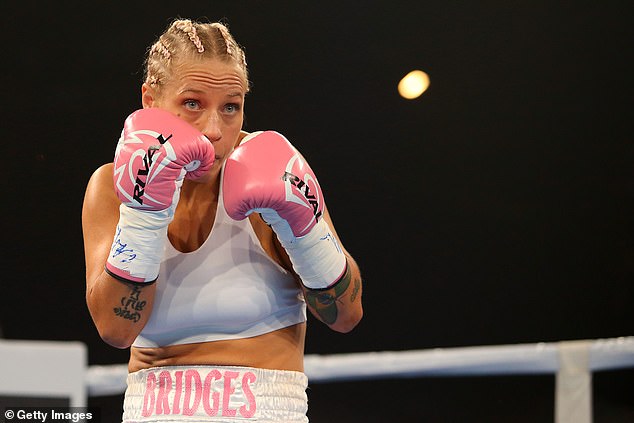 ‘I couldn’t do anything because I had one arm covering my face and I’m sitting down. I felt her mouth, so I put my fingers in her mouth, and I ripped her whole mouth open with a big fish hook.

‘There was blood everywhere, it was nuts. I got up and I had teeth bite marks on me and everything and we ran outside of the club.

‘It was crazy, I remember I went down to the restaurant with my hair all hanging out, blood all over my hands and bite marks all over me.

‘I remember cleaning myself up and my friend was like ‘where are you? What did you do to that girl?’

‘Her boyfriend comes down and goes ‘what did you do to her?’. She was sitting there with blood p***ing out of her mouth, because I must have ripped her inner gum open. Bridges, who has been nicknamed the Blonde Bomber, hails from Toongabbie in Sydney’s West. She’s trained in Karate, kickboxing and Muay Thai. She is now based in the UK.

‘That was fun. I mean there’s more, I push-kicked a girl, I elbowed a girl, but mind you, they all f***ing started with me.’

Known as ‘The Blonde Bomber’, Bridges has made huge waves in the UK since relocating there – winning swathes of fans with her disarming sense of humour, no-nonsense boxing style and weigh-in lingerie outfits.

The former maths teacher captured the IBF Bantamweight World Title in just her ninth professional fight. She is aiming to be the undisputed champion of her division by 2024. 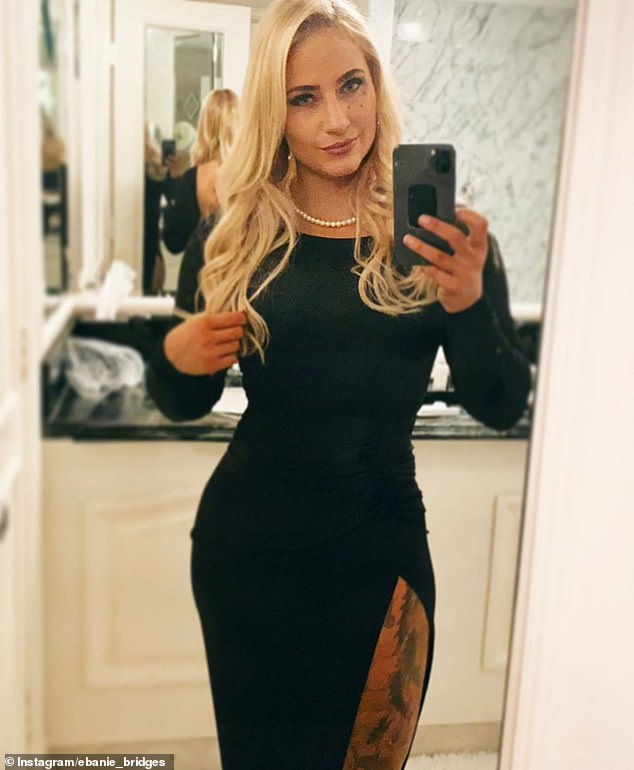 Bridges’ next opponent has been confirmed as 39-year-old Aussie veteran ‘Shotgun’ Shannon O’Connell, with a deadline of September 26 this year set for the bout.

The animosity between Bridges and O’Connell is well known in boxing circles and the two have traded insults on social media in recent months, ensuring a spicy contest when the two Aussies meet.