Michael Vaughan has denied condoning abuse towards Australia’s WAGs in a row with the irate wife of David Warner – but urged her to ‘look closer to home’.

The former England captain said he was amused the Aussies complained about abuse from South African crowds and suggested their players’ own behaviour inflamed tensions during the four test series.

The Australian tour of South Africa has been marred by verbal abuse on and off the field, including several altercations involving David Warner, who has now been forced to quit as vice captain over ball tampering.

South African fans have been also chanting about his wife Candice’s tryst in a pub toilet with New Zealand rugby player Sonny Bill Williams, which took place before she was in a relationship with David.

Some supporters even donned Sonny Bill masks at matches. 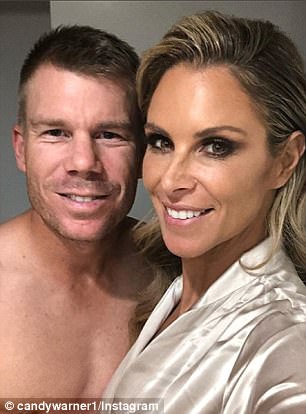 Former England captain Michael Vaughan has denied condoning abuse towards Australia’s WAGs in a row with the irate wife of David Warner, Candice Warner, but urged her to ‘look closer to home’ 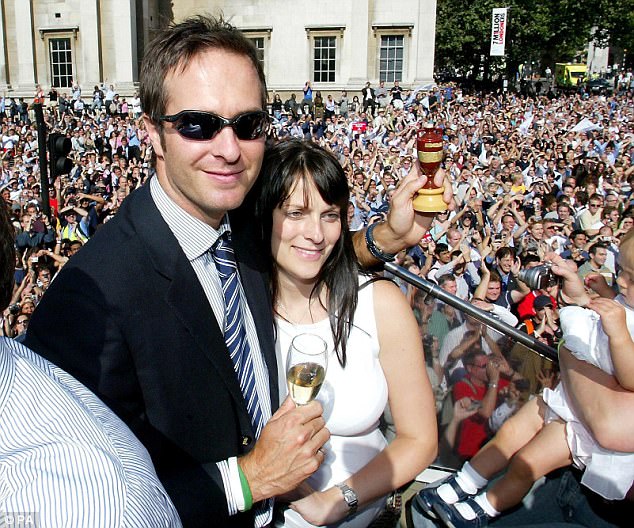 Vaughan tweeted: ‘It’s making me chuckle the Aussies are making an official complaint about the personal abuse they are receiving.’

The message sparked a furious response from Warner’s wife Candice.

She responded: ‘I’m glad it’s making you laugh’, adding: ‘So you would approve of the same treatment to your wife?’

Vaughan hit back, suggesting that the behaviour of the Australian cricket team, including her husband, had caused some of the problems.

Denying he condoned abuse towards WAGs he wrote: ‘Absolutely not. But off field anger in my experience starts with on field behaviour by players… so maybe you need to look closer to home as to why’.

Mrs Warner then retweeted a comment on the spat calling him a ‘dill [idiot] advocating abuse towards players wife’s (sic)’.

Mrs Warner has been married to her cricketer husband  for three years.

In 2007, Candice and rugby star Sonny Bill Williams were filmed on a mobile phone having sex in a men’s toilet cubicle at the Clovelly Hotel in Sydney’s eastern suburbs.

On this Australian cricket tour South African player Quinton de Kock was fined for allegedly provoking Warner with a sledge regarding Williams and his wife, while South African fans wore masks featuring Williams’ face in an attempt to further humiliate Warner. 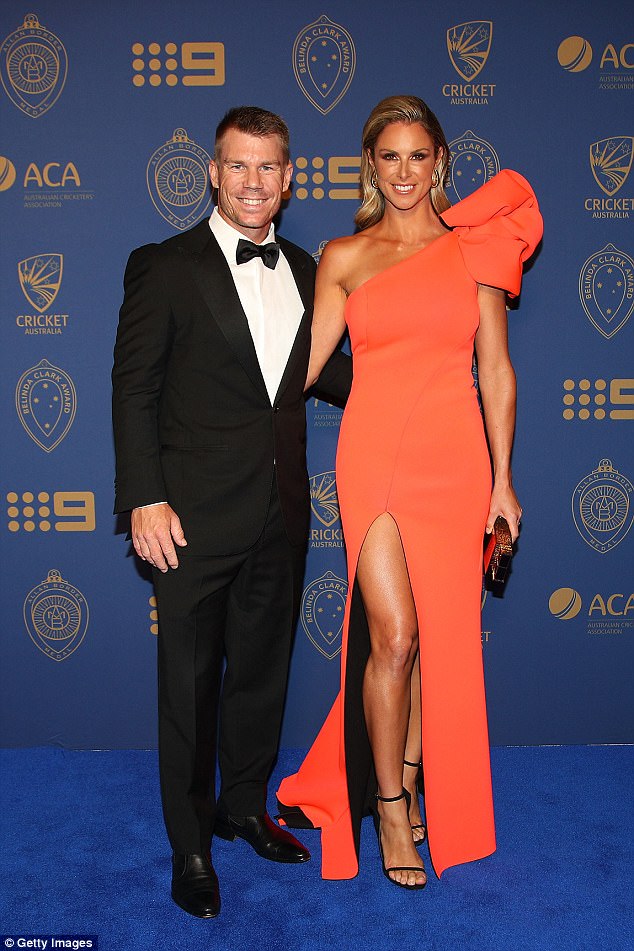 The Australian tour of South Africa has been marred by verbal abuse on and off the field, including several altercations involving David Warner (pictured with Candice last month) 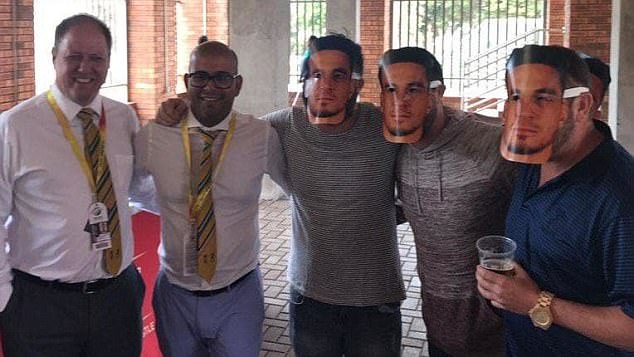 David Warner’s tour of South Africa has been marred by bad behaviour.

Steve Smith and his vice-captain Warner stepped down from their roles this weekend after they were outed as architects of a plot to ball tamper.

TV cameras caught teammate Cameron Bancroft, 25, trying to alter the condition of the ball with a piece of tape covered in dirt.

Last Friday Warner rowed with a spectator clapped him off after being dismissed and said: ‘Goodbye sweetheart’.

Foootage of the row shows Warner spin around to have words with the rival fan.

CCTV footage from the players’ tunnel showed Warner and de Kock involved in a fiery exchange during the tea break on the fourth day of the first Test in Durban.

The video shows Warner being restrained by team-mates Usman Khawaja and Nathan Lyon as he directs a verbal barrage at de Kock.

South Africa captain Faf du Plessis then emerges from the dressing room to try to calm the situation, followed by Australia captain Steve Smith and other Australian players. 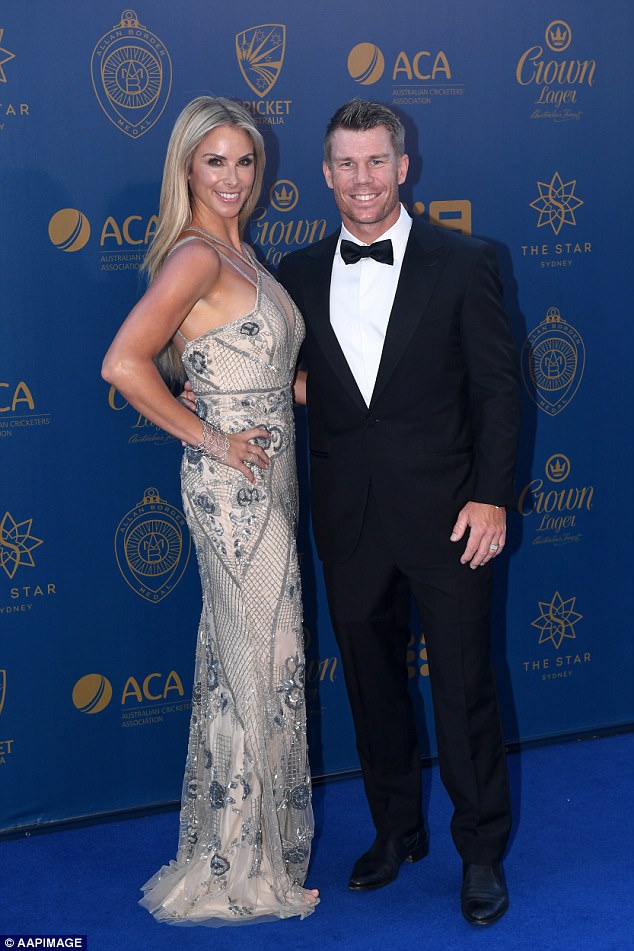 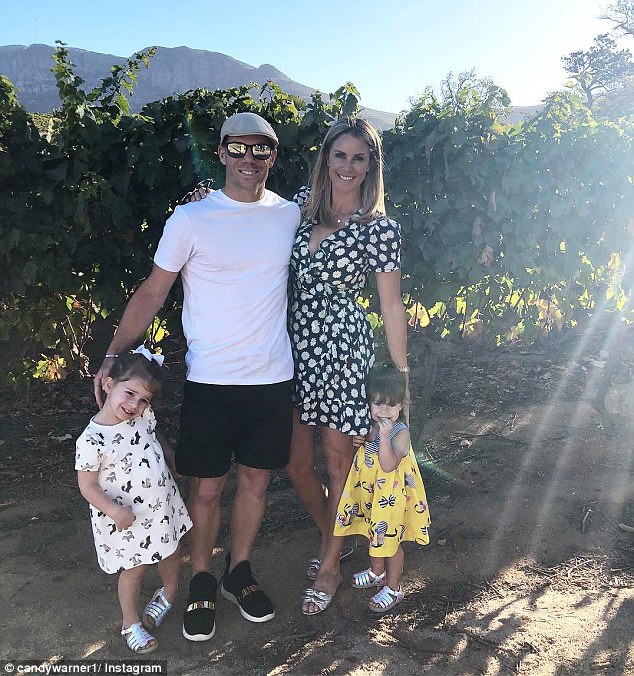 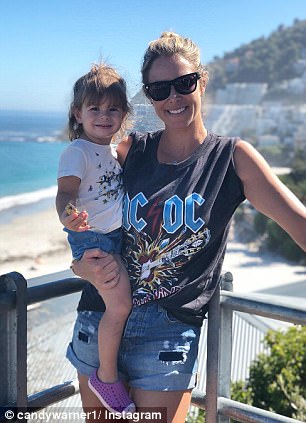 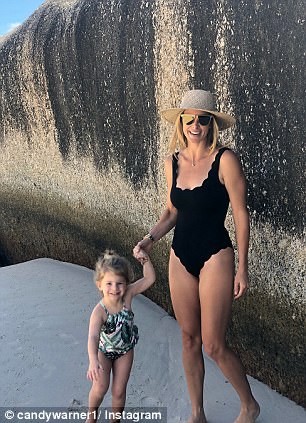 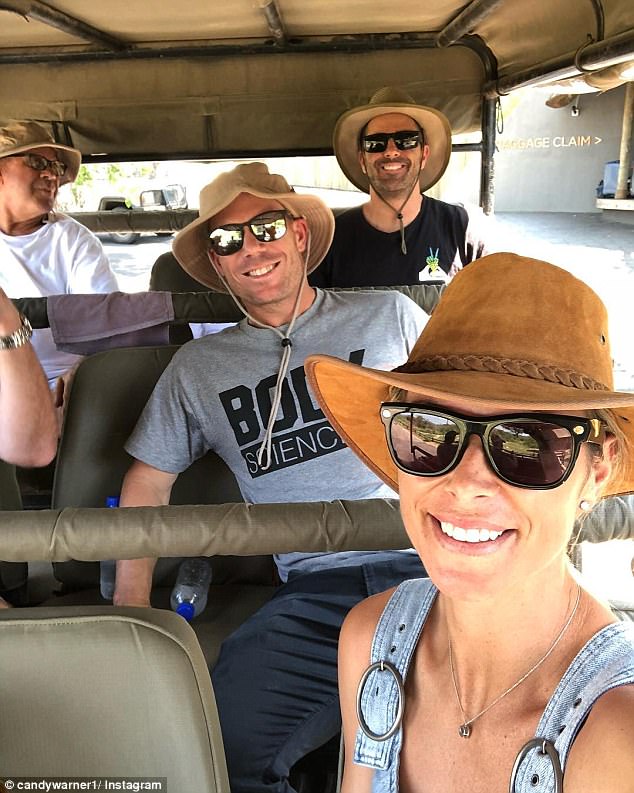 Both men were given fines and written warnings about future conduct.

‘Those sorts of things are not on from both sides,’ Smith said. ‘Getting personal is not on. We were very chirpy in the field as well but as far as I know, we didn’t get personal with Quinton.

‘What he said got a bit personal towards Davey and it provoked an emotional response.’

Du Plessis said: ‘If you chirp each other, it’s always on the field. There need to be boundaries, it needs to stay on the field.’

Warner had already directed a verbal volley at Aiden Markram after the Proteas opener took the blame for the running out of AB de Villiers.

Former South Africa captain Graeme Smith criticised Warner as ‘a bit of a fool’ but Markram, who went on to score 143, played down the sledging.

Despite the bust-up and the bitter feel to the series, there was no sign the sledging will calm down.

‘That’s how we play our best cricket,’ Smith said. ‘We’re aggressive. We’re hunting as a pack.’ 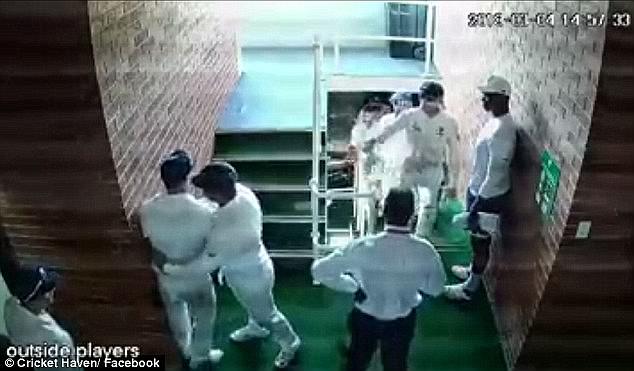 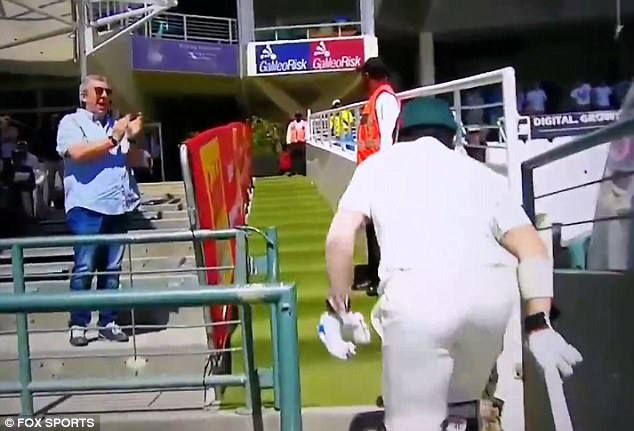 It appears the man (pictured) told Warner ‘goodbye sweetheart’, a sneer which didn’t sit well with the Australian vice-captain