Move over Bitcoin, a new cryptocurrency created by Aussies for Aussies has taken the world by storm.

Victorian entrepreneur Jack Hurley, 45, launched the Strayacoin after seeing the need for a uniquely Aussie crypto coin following the global phenomenon of Bitcoin.

Launched on Australia Day, the coin is now available for mining and usage.

Victorian entrepreneur Jack Hurley, 45, launched the Strayacoin after seeing the need for a uniquely Aussie crypto coin following the global phenomenon of Bitcoin.

The total number of Strayacoins that will ever be created will be 24,809,843 to match Australia’s population last Friday.

The Bendigo-based chief executive of 47 Cryptocurrency Labs is a former Civil Aviation Safety Authority pilot and has been involved in the ‘crypto game’ for four years.

He got Strayacoin off the ground within 48 hours last week with the help of Melbourne designer Aaron Tyler.

Mr Hurley isn’t surprised of its popularity since the launch, with already a quarter of a million coins mined. 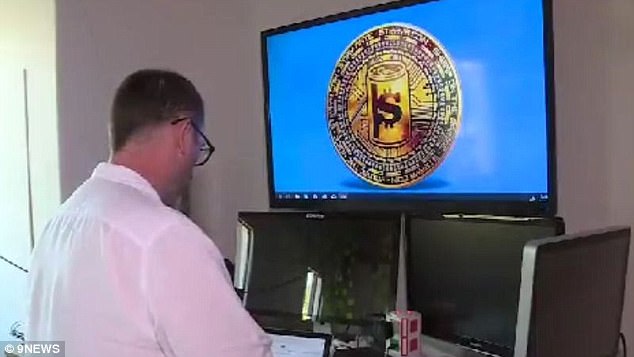 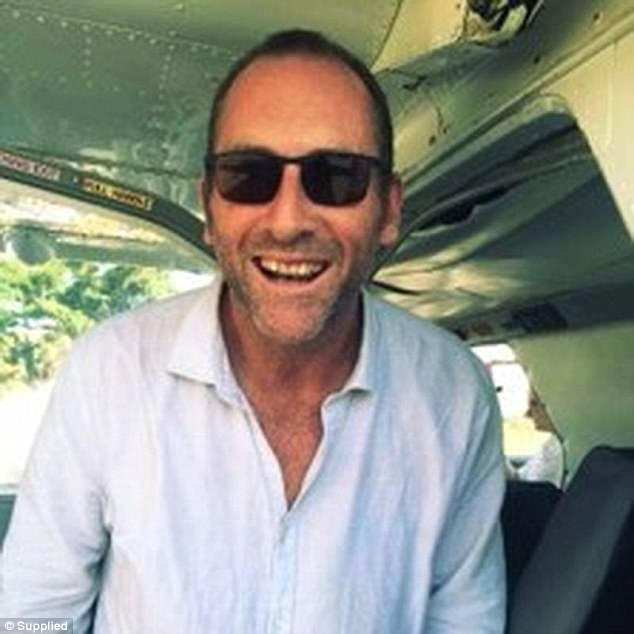 ‘We were looking to do something made in Australia by Australians and thought why not,’ he said.

‘Strayacoin seemed like a perfect idea. It’s a parody coin that has a function.’

The Strayacoin website describes it as ‘digital dollaridoo that you can use to pay Davo back after a trip to the servo’.

The coin features a beer can, thongs and is encircled with microprint that spells out the ambiguous Aussie expression, ‘yeah nah’.

Mr Hurley also pointed out that if you look closely, you’ll also see a silhouette of Steve Irwin and a jar of Vegemite. 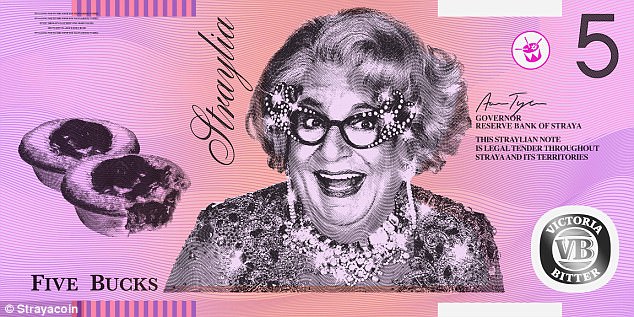 Is there anything more Australian than Dame Edna Everage?

Mates can transfer the cryptocurrency between each other to buy Vegemite, beer, Russell Coight DVDs and Australian street food such as a Bunnings sausage sizzle.

The first transaction was made on Tuesday night in exchange for beer.

Mr Hurley predicts the Strayacoin will be more popular than a Bunnings snag.

‘We think Aussies are ready for this and are as toey as Roman sandals to start using the Strayacoin. As a result, we’ve built the Strayacoin system to have one coin for every Aussie, and of course the coins themselves are divisible into smaller units and exchange for other crypto and regular currencies.’

As for long term success?

‘It’s up to the community now to keep supporting it and do what they want to do with it,’ Mr Hurley said.

Go to www.strayacoin.org for more details.