Flu deaths have doubled in the space of a week, Government figures reveal as fears of the worst outbreak in 50 years loom large.

Public Health England data also shows the killer virus has left 1,078 in hospital since October – a quarter of which because of so-called ‘Aussie flu’.

This is adding extra pressure onto an already stretched NHS, which is struggling to cope with soaring demand placed on A&E units.

Bosses have blamed an increase in cases of flu on the unprecedented decision to cancel 55,000 operations to cope with the crisis.

The latest figures state 48 people have lost their lives to the bug already this winter, compared to the 23 deaths recorded last week.

It comes as health officials have warned a flu jab that has already been dished out to thousands of patients is ineffective against a prominent strain.

The latest figures state 48 people have lost their lives to the bug already this winter in England and Wales, compared to the 23 deaths recorded last week

The rocketing number of flu cases has been put down to a surge in two aggressive subtypes attacking the population simultaneously.

One includes the so-called ‘Aussie flu’, a strain of influenza A which wreaked havoc on hospitals in Australia during the country’s winter.

The H3N2 subtype triggered two and a half times the normal number of cases in Australia. Britain’s flu season tends to mirror what has happened there.

Experts fear the virulent flu strain, which has now reached the UK, could prove as deadly to humanity as the Hong Kong flu in 1968, which killed one million people.

Usually, just one subtype, either influenza A or B, is responsible for the majority of  cases. It spreads much easier in the cold weather.

PHE figures released earlier this week revealed 1,649 people were struck down with flu in England and Wales over the week of Christmas.

But last week 684 cases of influenza A and 915 of influenza B were recorded across England and Wales. Some 54 cases are yet to be identified.

Of the 1,078 confirmed hospital cases of flu, 252 have been caused by H3N2 – which triggered more than double the expected cases in Australia during its winter. 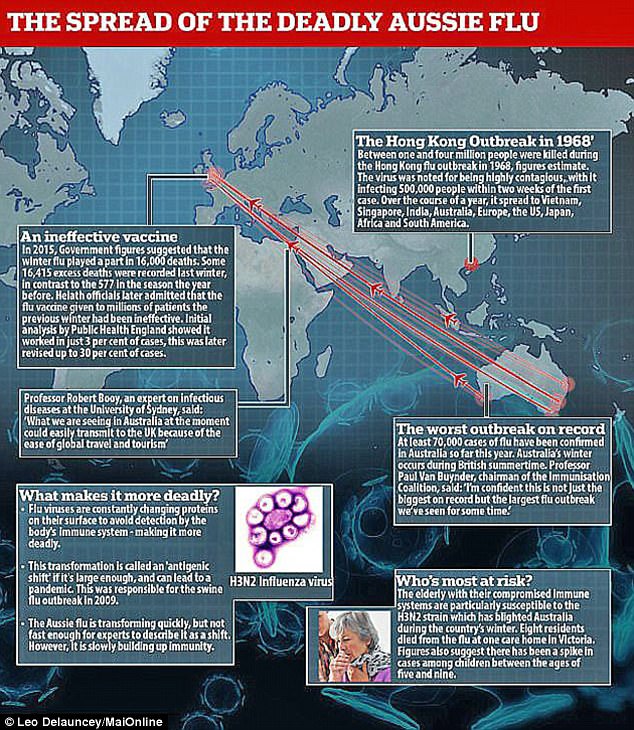 Public Health England data also shows the killer virus has left 1,078 in hospital – a quarter of which because of so-called ‘Aussie flu’ 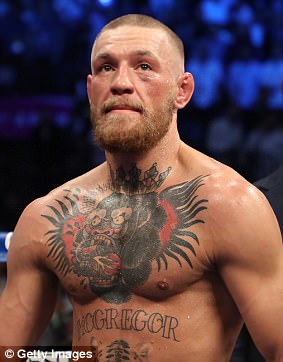 Statistics from Public Health England reveal how many people were infected during week 52 of the previous four winters.

The remaining cases were caused by influenza B, which usually produces less side effects, according to PHE data.

At this point last year, deemed week one by PHE, just 366 people had been hospitalised by flu.

An analysis of data from week 52 shows the number of new cases each week is 10 times higher than that of 2015 – when 163 were recorded.

The total recorded in week 51 is also more than double that of last year, when 684 cases, mainly of the H3N2 subtype, were reported.

The sharp rise in flu is only expected to cause further problems for the NHS, with cases of the winter vomiting bug also continuing to soar.

Latest figures show 2,331 people have been infected with norovirus since July. The figure has raised at a steady level week-on-week since October. 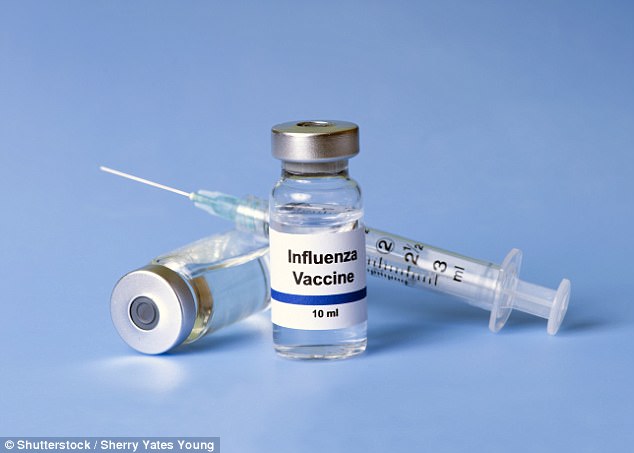 And health officials admitted this morning that a flu jab that has already been dished out to thousands may be targeting the wrong strain of the virus.

NHS England penned a letter to all GPs earlier this week warning the vaccine has ‘showed no significant effectiveness in this group over recent seasons’.