Aussie UFC welterweight fighter Jake Matthews is used to flying under the radar – and that’s the way he likes it.

Outside of the octagon, he is known as Private Jake Matthews of the Australian Defence Force Reserves – and none of his fellow enlistees even recognised him as a professional martial artist.

‘It was probably about halfway through basic training before anyone found out I was a UFC fighter,’ he said.

‘I did a pretty good job of keeping it under wraps. But then it came out and I had a target on my back.

‘Basic training is as tough as you want to make it.

‘If you want to sit mid-pack and just cruise through then it’s not going to necessarily be too hard. If you want to stand out, then you have to push a bit harder.’

It has been over a year since Matthews last fought at a UFC event, when he lost to Sean Brady via a triangle choke at UFC 259 in March 2021.

Covid disruptions have prevented him from fighting since then, although he says he had at least four or five opportunities that were ultimately postponed or cancelled.

Now Matthews will line up against hard-hitting Portuguese fighter Andre Fialho at UFC 275 at Singapore Indoor Stadium on Sunday.

In that time away from the octagon, he has spent a lot of time working on himself. He doesn’t want to be labelled as a one-dimensional fighter with nothing going on outside of the UFC.

He has cultivated his hobbies, invested himself into the Army Reserves and also welcomed a new child to the world three months ago. 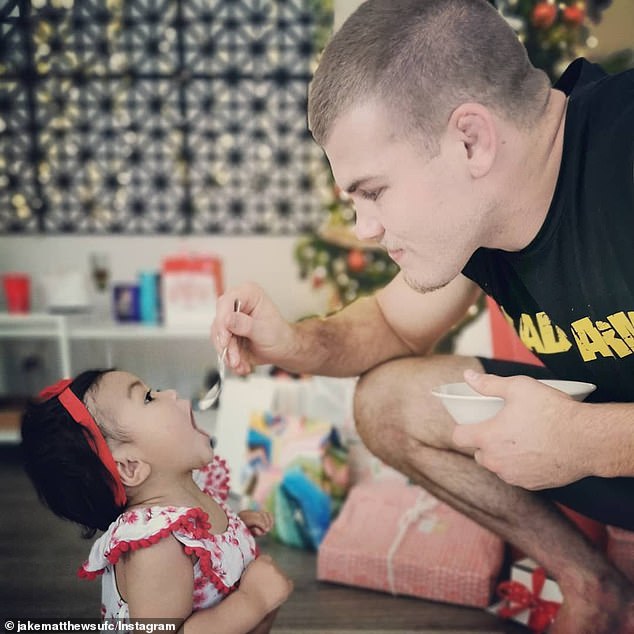 ‘My mindset going into a fight is probably the opposite of what most people would think,’ he said.

‘I am very relaxed and very calm going into fights, even training.

‘When I am loose and relaxed I train my best, so I need to take that into fights.

‘Fighting is a big part of my life … but at the end of the day, in the grand scheme of life of having kids and a family, fighting is a very small part of your life.

‘Having that mindset helps me relax and loosen up.’

That doesn’t mean Matthews will be holding back in any way on Sunday.

Fialho is known for his striking, as is Matthews, so expect a slugfest.

‘From the outside in, it might not look the prettiest but when you ask my opponents that I have fought, they have all had a hard time with my striking,’ Matthews said.

‘I have never in 15 UFC fights really been in trouble with any strikers. I can always hold my own with striking.

‘It is MMA, though. If the opportunity is there to take him down and finish him on the ground, obviously I will take that.

‘But the goal here is to showcase my striking and put on a good display and going for a knockout would be ideal.

‘It’s one of those fights, either knock him out or get knocked out trying.’

Matthews guarantees he has put more work in than any other fighter during his long hiatus from the octagon. 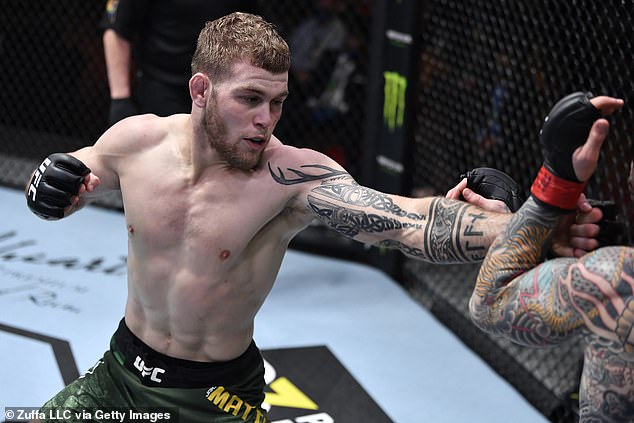 He routinely posts images and videos from his infamous 6am Sunday training sessions, which are a routine part of his preparation.

‘That is every Sunday. I train seven days a week,’ he said.

‘My rest days revolve around how my body feels and when I need a rest.

‘There are no weekends, Sunday is just another day to get up and train.

‘It’s just about that mentality. We are finishing one of the hardest training sessions of the week when everyone else is just getting out of bed.

‘I guarantee no one I fight in the UFC is getting up at 5am on a Sunday to train.’