Western Sydney lawn bowler Aaron Wilson tore off his Australian polo and jumped for joy after being crowned the back to back Commonwealth Games gold medallist – but he wishes he ‘had a better rig’ to show for it.

‘Disco’, is known for his love of nightclubs and partying, where he proceeded to show his true colours after defeating North Irishman Gary Kelly 21-3 in the men’s singles final.

The 30-year-old became the first man to win back-to-back titles since Englishman David Bryant 44 years ago. 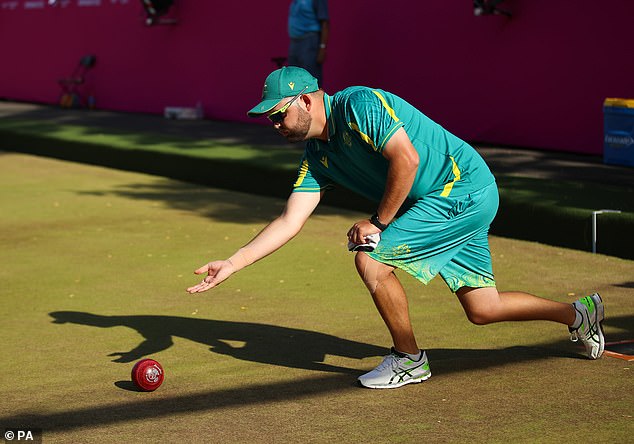 Wilson rolls one down during his dominant gold medal win over Gary Kelly, where he raced to a 12-0 lead

Wilson was gifted the win after racing to a 19-3 lead, as his opponent conceded the match knowing it was a hill impossible to climb.

The Cabramatta local shook hands with the silver medallist and raced to centre lawn to rip his shirt off and hoist it into the air, before performing a Toyota-esque jump and hugging his Australian support team. 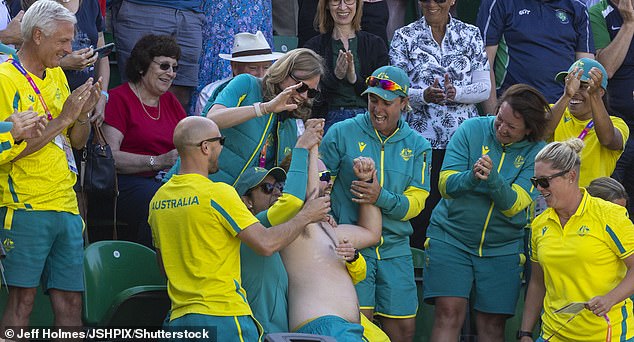 ‘I never really thought about it that way but yeah I think it was always going to happen if it went that way,’ Wilson said about his winning antics.

‘I just wish I had a better rig but oh well that’s life.

I certainly was pretty happy with my performance.’

Wilson won his maiden Commonwealth Games gold on home soil in 2018, beating Canadian Ryan Bester 21-14 in the final, where the crowd were treated first hand to the Australian’s shirt off celebration. 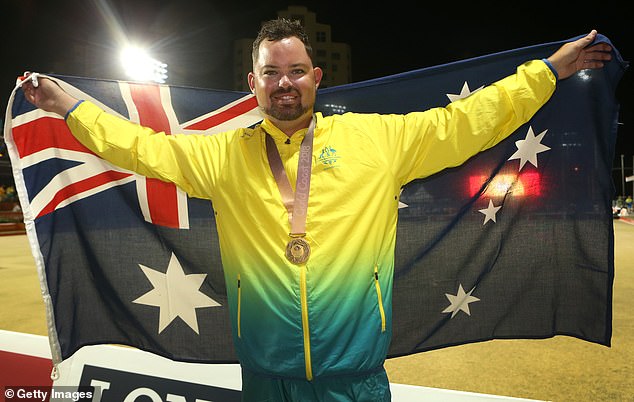 The 30-year-old won his maiden Commonwealth title at the Gold Coast in 2018, defeating Canadian Ryan Bester

Wilson is the venue manager at the Brighton Bowls club outside of his national commitments, who won his first gold this year at the 2022 Australian Lawn Bowls Open (pairs).

Since 2018, Disco says his nightlife habits have toned down due to the arrival of his seven month old daughter Summer. 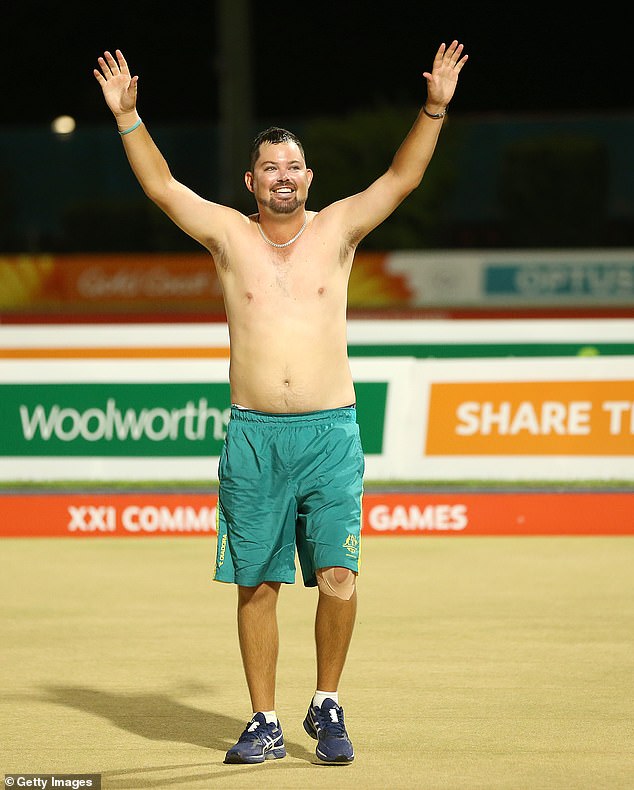 Wilson stormed through the Birmingham competition, taking out Cook Islands bowler Jim Phillip 21-9 in the first first, to then annihilate Scottish veteran Iain McLean by the same margin.

The Australian has made 199 appearances in green and gold colours, where his debut dates back to 2016.