The breakfast dividing the internet: Australian leaves American tourists horrified with a very unique spread for his banana bread

An Australian man has horrified American tourists after posting a picture of his breakfast to social media.

The man shared the picture of his toasted banana bread covered in Vegemite and peanut butter on Reddit with the caption: ‘Call the police. I don’t care.’

The image divided the internet and left American tourists on Reddit horrified.

One man wrote: ‘Who hurt you?’

The man shared the picture of his toasted banana bread covered in Vegemite and peanut butter on Reddit with the caption: ‘Call the police. I don’t care’ 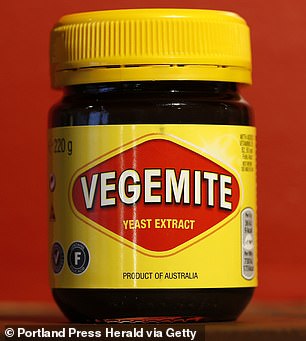 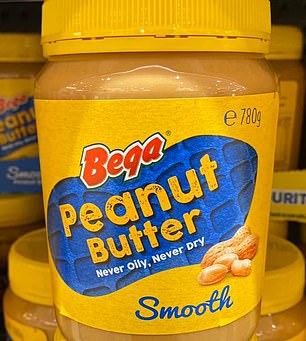 The man said he didn’t understand why people thought it was a ‘crime’ to combine Vegemite and peanut butter.

Commenters disagreed and said the Australian man was a ‘loose unit.’

Another commented: ‘You are the human equivalent of a paper cut.’

‘Is someone forcing this upon you? It’s ok to speak up we’re here for you,’ another said.

One person joked: ‘Chuck it in a blender. Throw in a couple of spoonfuls of milo, stir anticlockwise within a pentagram and discover the portal to Lord Cthulhu.’

‘I thought this sort of witchcraft wasn’t possible anymore.’

Commenters from America were disgusted by his breakfast and one person asked the man ‘who hurt you?’

Some commenters supported the man and thought the Vegemite and peanut butter combination for breakfast was delicious.

‘The Vegemite peanut butter combo is so underrated,’ one supporter said.

Another wrote: ‘Peanut butter and Vegemite toast add the extra saltiness. Best thing I ever ate.’

‘Your fellow Australians fought and died so that you could live in a free country. It’s your life,’ another said.

‘I support your right to eat whatever combination that makes you happy.’