With the rising cost of living causing the price of iceberg lettuce to skyrocket, Australians have noticed some restaurants are beginning to charge $1 per lettuce leaf for san choy bow dishes.

Journalist Jacqueline Felgate shared a photo on Instagram of a receipt that listed the food purchased from a restaurant in Melbourne.

On it the san choy bow cost $18 and a $1 lettuce leaf cup was added as an additional purchase – despite being the key requirement to eat the Chinese meal.

‘Lettuce now being charged separately in some Melbourne restaurants,’ Jacqueline captioned the image.

At the moment the price of iceberg lettuce has increased to as much as $11.99 each, and the cost of other vegetables have also spiked.

The image quickly gained attention from other social media users who couldn’t believe individual lettuce leaves were being sold, but others sympathised with the business owners. 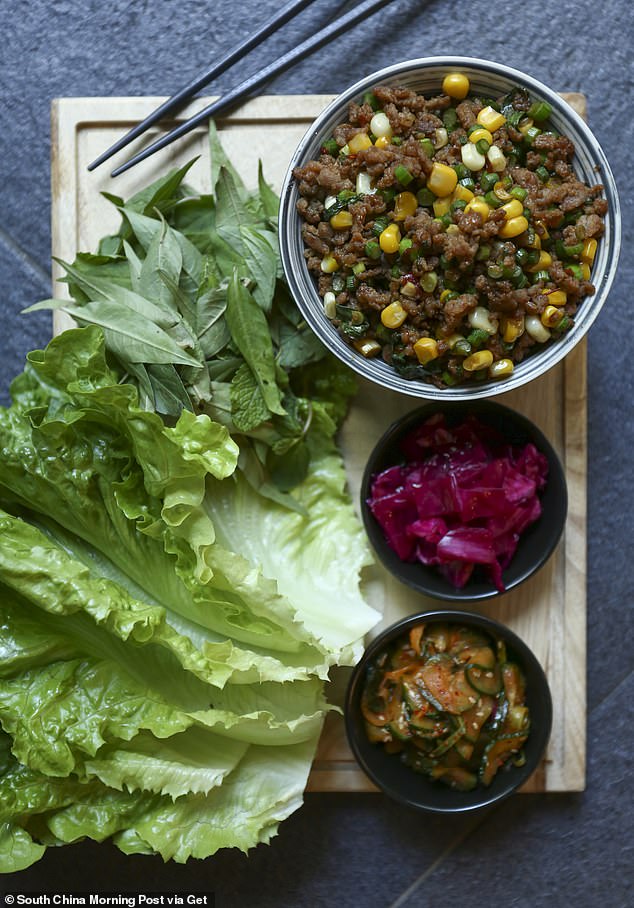 At the moment the price of iceberg lettuce has increased to as much as ‘$11.99 each, and other the cost of vegetables have also spiked (stock image)

Would you pay $1 for a lettuce leaf with san choy bow?

‘Try buying lettuce or ginger at the supermarkets it’s crazy. What’s even crazier is that I bought ginger for $12 a kilo at Victoria market and Safeway has it over $30 per kg,’ one person commented.

Another pointed out: ‘Not just Melbourne, Geelong too. Felt so sorry for the owner he was so apologetic. Hopefully people are nice and understanding, I’m sure they have copped enough over the last few years.’

Others weren’t as sympathetic and instead looked at the eye-watering total for the bill – which was a staggering $386.50.

‘$1 on a $365 bill. Surprised they even noticed it. Reasonable, given the price of lettuce. No outrage here,’ one person wrote.

‘They can afford it, by the looks of the rest of the receipt,’ another added.

What is causing inflation in 2022?

Inflation is on the increase around the world, with food and energy prices hitting record highs.

Factors contributing to inflation in 2022:

Consequences of the war