Young Australian woman with a rare condition that stops her eating normally calls out boys over nasty drunken act at Schoolies: ‘Just don’t’

A teenage girl with a rare physical condition has called out ‘men’ at Schoolies aggressively asking about her face tube.

Brisbane teen Hilary Thomass posted a video on TikTok with a clear message for those who are said to be drunkenly probing about her appearance:  ‘just don’t.’

Ms Thomas is sporting a nasojejunal (NJ) tube down the side of her face, which makes her stand out in a crowd. 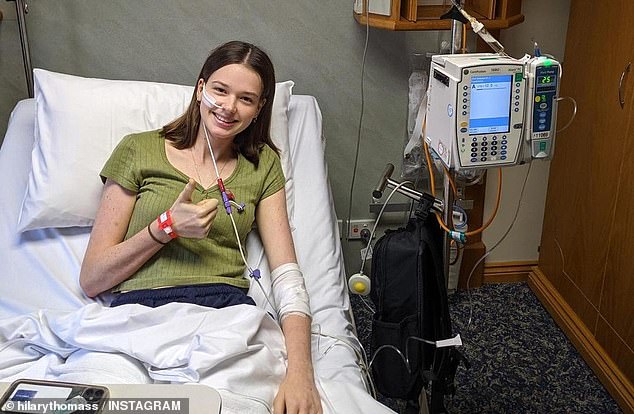 Ms Thomas lives with a nasojejunal (NJ) tube down the side of her face, which often sees people query her appearance

The thin, soft device is placed in her nose, goes through her stomach and ends in the jejunum (jue-joo-num), a part of the small intestine.

‘My intestines are partially paralysed, which makes eating and drinking very difficult,’ she says.

‘I have it (face tube) because I have gastroparesis and intestinal paresis.

‘It is painful and I often have nausea… and I am fed via a tube virtually 24/7.

‘I take a backpack to school, which is slightly embarrassing, but I get over that.’

Many people offered their support to Ms Thomas after she was vented online about the encounter.

‘Forget the hate, live life to the fullest,’ one suggested. Another said ‘you are beautiful either way.’ 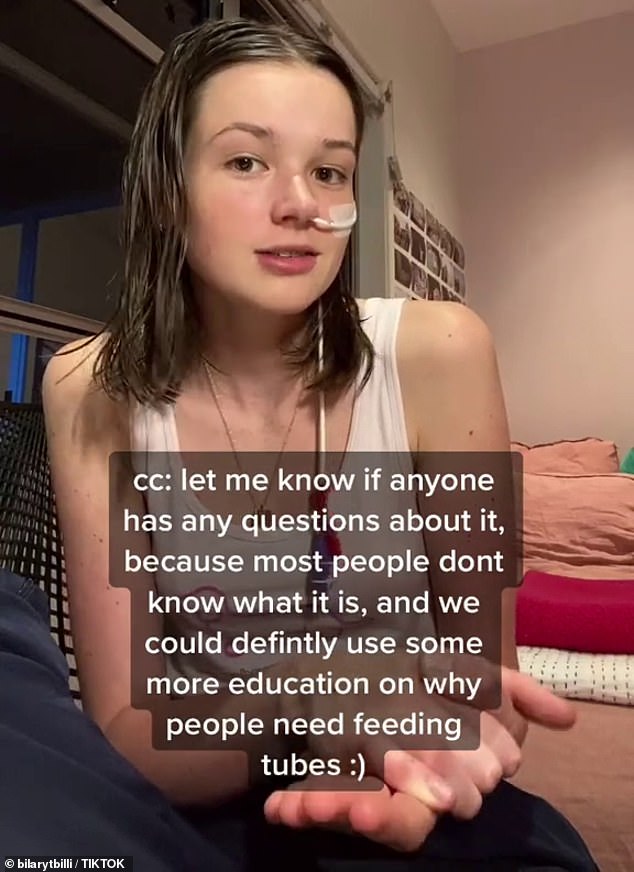 In a earlier TikTok clip, Ms Thomass explained in detail how her face tube works each day 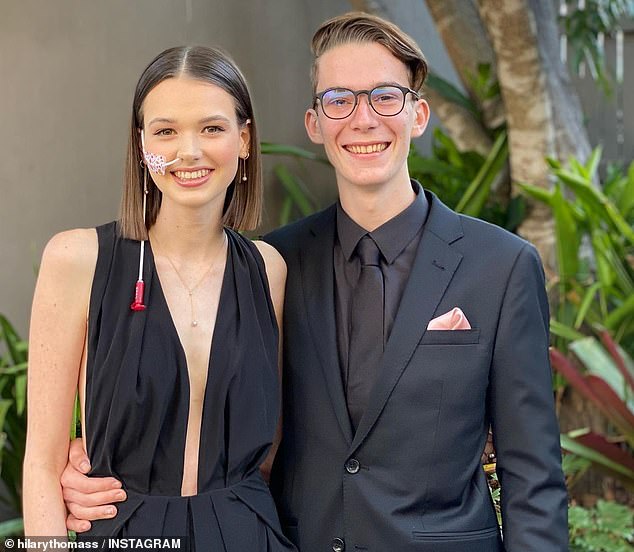 The determined teenager is determined to live her best life (pictured, at her school formal)

What is a nasojejunal (NJ) tube?