Australian students aren’t meeting the minimum requirement for maths and reading levels, according to a report released by Australian Research Alliance for Children and Youth.

‘We are still on average only middle of the pack by international comparisons, and some outcomes have worsened since the last Report Card,’ the report said.

It also says that three in 10 Year 4 aren’t meeting the minimum maths standards.

One in four Year 4 students are below the minimum standard for science and one in five students are not at the required reading level.

Preschool attendance in Australia ranks 35th out of 40 OECD countries.

The number of four and five-year-olds attending school has also dropped.

The rate of parents reading to their children at age two at least once a week has dropped, but for Indigenous families this figure is on the rise.

News for high school students was slightly better with more staying until Year 12.

However, one in five weren’t achieving the standard that they should be for maths, reading and science.

Education Minister Simon Birmingham said: ‘I am confident that what we will be doing is going back to the states and saying that more is required in terms of the focus we place in those early years around foundational skills.

‘We’re not going to be passive players in education.’ 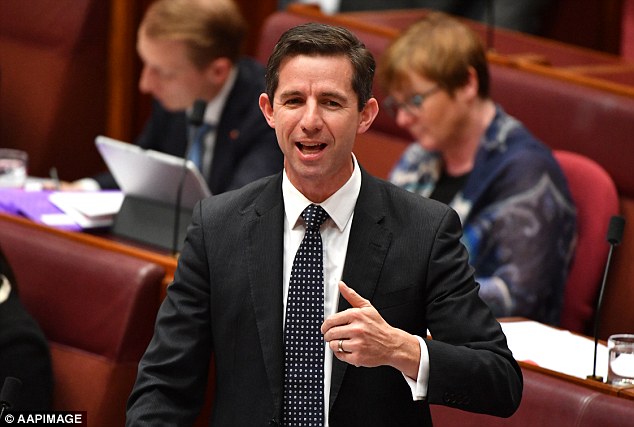 ‘We’re not going to be passive players in education’: Senator Birmingham takes a stand after Australian Research Alliance for Children and Youth report released

The Senator is expecting a report from David Gonski next month on the best ways to spend money to fund schools. A deal signed earlier this year also requires state governments to sign deals with the federal government to reccive extra funding from them.

Education is not the only area Australia is falling behind according to the report.

Australian children are falling behind on immunisation. The number of two-year-olds being fully immunised is down from 92.7 per cent in 2008 to 90.5 per cent in 2017, according to the Daily Telegraph. 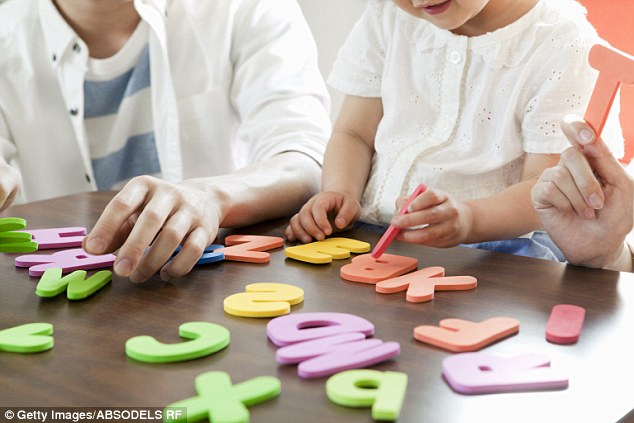 But it isn’t all bad news.

Smoking among young people in Australia is the lowest in the developed world and Australia leads in terms of parents spending time with their children and life expectancy.

Countries that were looked at for the study include North America, most of Europe and ‘and advanced Asian, Latin American and Oceanic economies’.

The report has been released every five years since 2008.