As Australians set for a third consecutive summer of heavy rainfall, many are rushing to get their hands on a handy item from Bunnings that is flying off the shelves.

The rise of El Nina has brought about a strong increase in demand for the $12 Bunnings golf umbrella which is slowly becoming as iconic as the retailer’s sausage sizzles.

The ‘sturdy’ umbrella has been seen being sported en-masse by groups all over the country and even sheltering big celebrity names like Cate Blanchett and Chris Hemsworth. 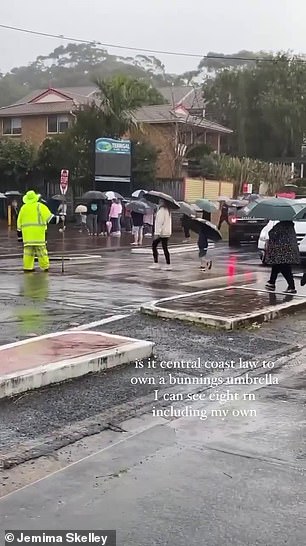 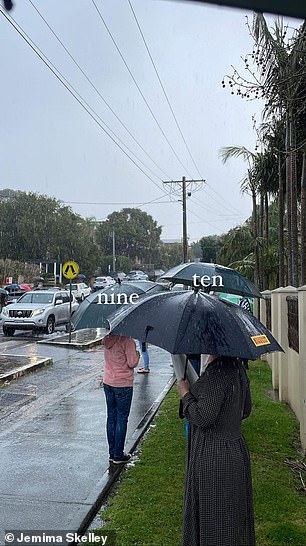 A resident on New South Wale’s Central Coast spotted parents donning the brolly en-masse during a school pick-up. The umbrella is sold out in all stores across the state.

Currently, the $12 umbrellas are in stock in a selection of stores across the a country and are available online.

However, New South Wales seems to be the biggest fan of the brolly as it is sold out across the entire state.

A resident of New South Wales’ Central Coast posted a video of a local school pick-up on a rainy day as many of parents stayed dry under their Bunnings umbrellas. 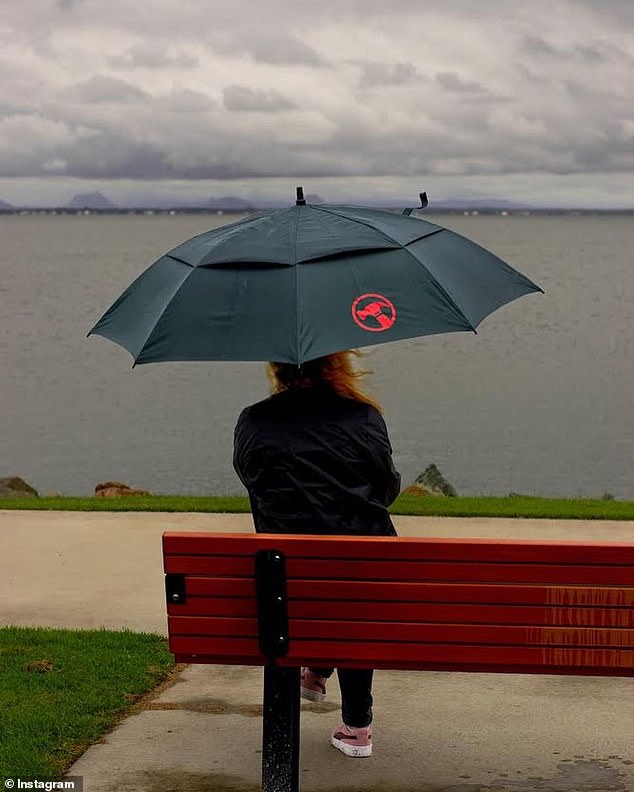 Online, hundreds of Aussies have been raving about the $12 buy with one calling it ‘elite’ and another joking it is more popular than the Bunnings sausage sizzle

Ok it’s a yes from me to the Bunnings warehouse umbrella, they do a bangin sausage sizzle of a weekend.
Cates really giving us the full Australian fantasy 🤘🏼 pic.twitter.com/alo9OJ9AtA

‘Is it Central Coast law to own a Bunnings umbrella? I can see eight right now including my own,’ she joked before spotting two more.

A-lister Cate Blanchett was even papped under the cover of one of the brollies while filming the TV drama Stateless in 2019.

And Cate wasn’t the first big name to be saved from the rain by the Bunnings favourite.

Back in 2016, Chris Hemsworth was seen with one on the set of Thor: Love and Thunder in Sydney.

The Bunnings umbrella is the best umbrella ever made. If a better one exists I don’t want to know about it. #sydneyrain

Do you own a Bunnings umbrella?

Online, hundreds of Aussies have been raving about the $12 buy with one calling it ‘elite’ and another joking it is more popular than the Bunnings sausage sizzle.

‘The Bunnings umbrella is the best umbrella ever made. If a better one exists I don’t want to know about it,’ one tweet read.

‘Theory: The #1 umbrella company in Australia by sales volume is Bunnings,’ said another.

The Bunnings website is filled with five-star reviews of the new Aussie cultural icon.

‘You too could be part of this beautiful symbiotic relationship. It’s even vented so you don’t blow away like Mary Poppins. Get before you’re wet,’ they continued.

‘The BUNNINGS logo is enchanted with magic glyphs that repel rain and further augment your already great value umbrella,’ joked a second.

‘For those unfortunate souls who by no fault of their own find themselves in the midst of a heavy downpour, and are in dire need of protection. This IS THE Umbrella of Umbrellas if you should loose it consider it gone, you have been warned,’ cautioned a third.