Aussies shocked after discovering little-known detail on popular Bubble O’ Bill ice creams: ‘All these years and I never noticed it’

Nostalgic Aussies have been left stunned after discovering iconic ice cream Bubble O’ Bill has a ‘bullet hole’ in his hat.

The obscure detail seems to have gone unnoticed by Australians who grew up enjoying the frozen treat and foodies are now sharing their surprise online.

‘How old were you when you discovered BUBBLE O’ BILL had a BULLET HOLE in his hat?’ a Queensland man asked in a post to Facebook.

Aussies have only just realised a little-known detail on Bubble O’ Bill ice creams. Many say there never noticed the beloved cowboy character has a ‘bullet hole’ through his hat

The observation wowed many in the comments who had never noticed the hole before despite eating the ice cream for years.

‘What! Have I been eating blindfolded for the past 50 odd years?’ wrote another. 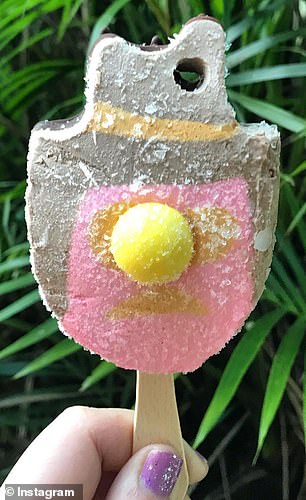 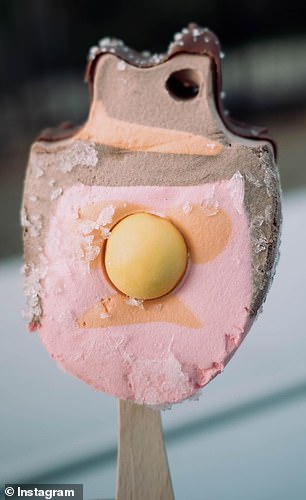 Have you ever noticed the hole in Bubble O’ Bill’s hat?

‘I had no clue hahaha,’ laughed a third.

But not everyone is a fan of the quirky feature with some thinking the hole means the sweet snack contains less ice cream.

‘To be honest when I noticed the hole I felt annoyed that they could have filled it with ice cream,’ someone responded.

‘I hated it when they added the bullet hole in his hat, it was a nice spin on ‘and we have a new section where there is no ice cream’,’ a second agreed.

The Streets website confirms the cowboy character’s hat doesn’t just have a hole but a bullet hole.

‘An Australian Icon! Bubble O’ Bill is a classic blend of strawberry, chocolate and caramel ice confection, with a mega bubble gum nose, and a bullet hole through his hat,’ it reads.