New economic statistics show Australians are behaving as though they are in lockdown with consumer spending hitting new lows over the New Year amid the latest Omicron outbreak.

Spending rates in Sydney from the week to January 5 were the lowest they have been since the pandemic began in March 2020, data from ANZ Bank shows.

More Victorians are also voluntarily isolating themselves as much as possible with Melbourne’s spending habits close to what they were during the city’s six mass lockdowns.

The rapid spread of Covid-19 cases, of which Australia recorded 78,035 on Friday, have driven people to stay home without having to be officially told to do so.

But the head of ANZ’s Australian Economics David Plan said the result means shops were now struggling to get by as they were in lockdown – but this time there’s no significant financial support from the government after JobKeeper ended in March.

Australians are choosing to stay at home amid the spread of Omicron despite lockdowns essentially being a thing of the past – as spending habits around the country hit shocking lows. Pictured is a hospitality worker in Sydney 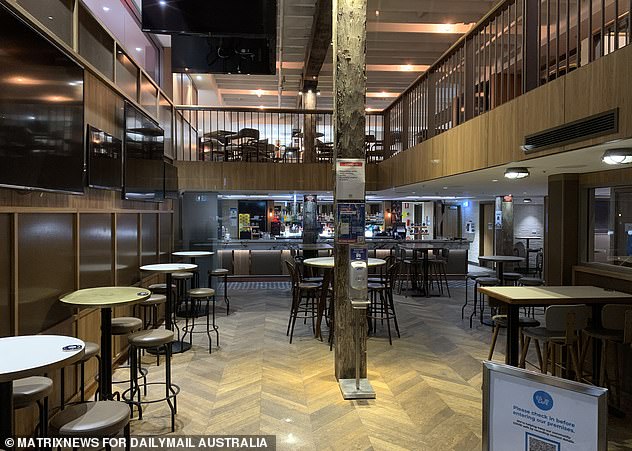 Spending rates in Sydney from the week to January 5 were the lowest they have been since the pandemic first began in March, 2020, data from ANZ bank shows 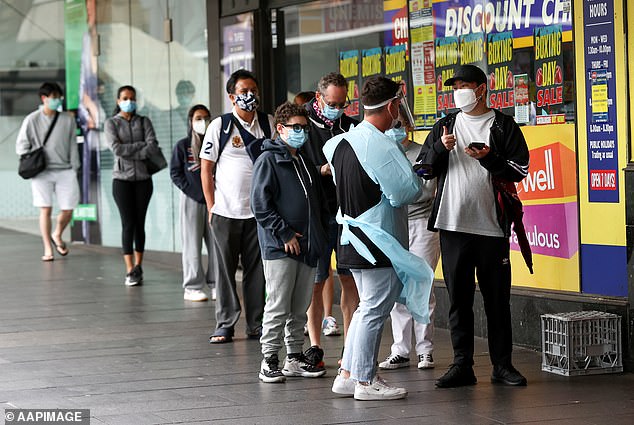 The rapid spread of Covid-19 cases, to which Australia recorded 78,035 on Friday, has been more than enough reason for residents to stay inside 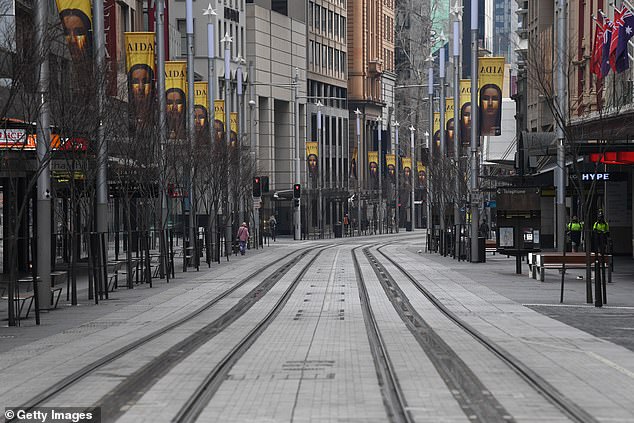 ‘The data shows starkly how behaviour is impacted by surging case numbers even without government intervention,’ he said.

‘A big issue this time is there is no government support as we aren’t formally in lockdown. It will be interesting to see how governments, federal and state, respond to this.’

ANZ Senior Economist Adelaide Timbrell said the combination of Australians cautious to leave home was made worse by staff shortages with thousands forced into isolation.

‘In Melbourne specifically and Victoria overall spending is not as low as during Delta lockdowns and it recovered faster after Delta lockdowns than Sydney, which seems to have been hit harder by interstate travel rules through the last year,’ she said in a report released this week.

Queensland, South Australia and Western Australia haven’t been spared with spending habits in the period since Christmas lower than they were in the time after lockdowns ended last year.

Across Australia spending in hospitality venues fell by 24 per cent between Christmas Eve and January 2.

In previous years declines of between 18 and 20 per cent were recorded.

While there are some cash grants offered by federal and state governments to businesses, most have been left to fend for themselves since the end of JobKeeper. 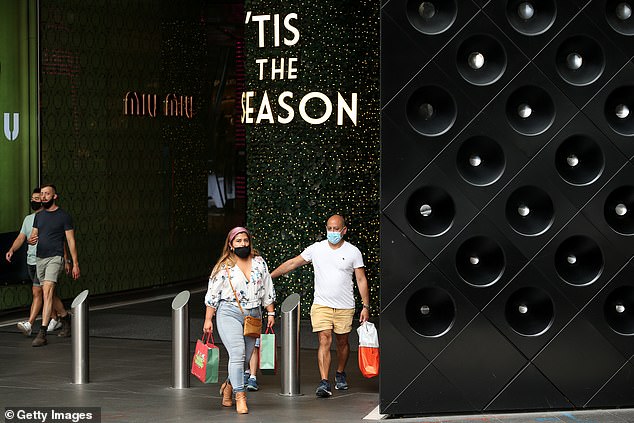 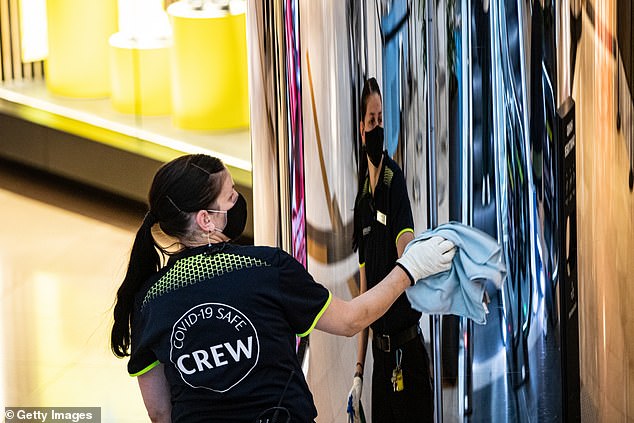 New Year’s Eve saw many Sydney businesses struggle due to the lack of patrons amid growing Covid cases, while others reported selling a quarter of their usual amount of tickets for end-of-year events.

In the lead up to the end of the year, Sudhir Warrier from Australian Cruise Company said their boats would usually be sold out as revellers hunt for a front-row seat for the Sydney Harbour Bridge fireworks display.

Meanwhile other Sydney businesses announced they wouldn’t be able to open for celebrations due to staff shortages.

The Lord Gladstone in Chippendale and the Shell House in Sydney’s CBD said they will not be operating on New Year’s Eve as too many staff are in isolation. 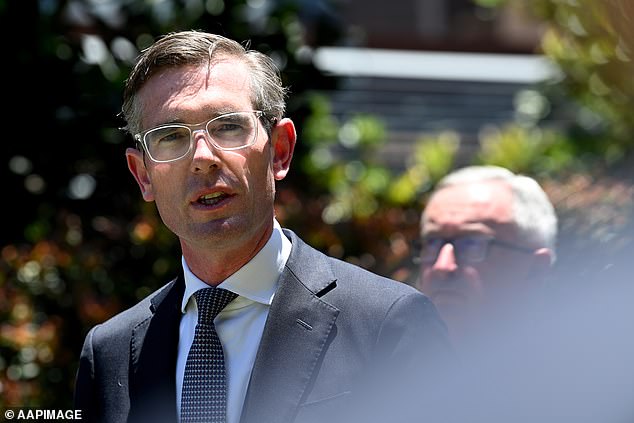 Meanwhile, in scenes similar to panic buying when the pandemic first began, supermarket shelves have now been stripped bare due to the lack of staff working.

Many supermarket employees including those at factories and distribution centres have been forced into self-isolation, prompting one retailer to bring back some product limits.

Coles customers will be limited to two packs of chicken breasts, chicken thighs, mince and sausages, while Covid antigen tests are limited to one pack per transaction.

Woolworths meanwhile will not be introducing any limits on customer purchases other than rapid tests, with a spokesman telling Daily Mail Australia they were yet to have any issues with people over-buying items. 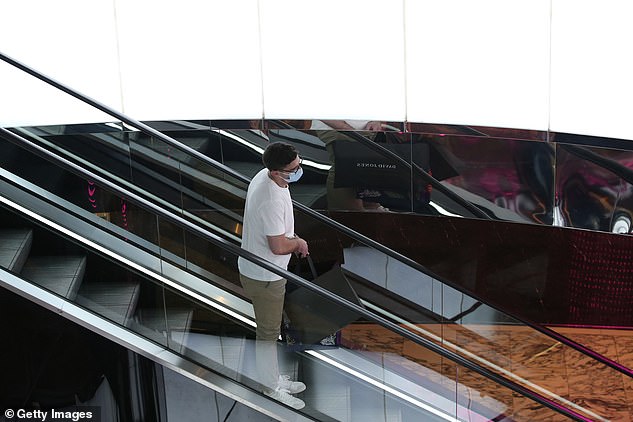 But pictures taken on Thursday night at a Woolworths store in Sydney’s Neutral Bay show the extent of the supply chain problems, with shelves left bare after produce failed to arrive.

Coles will be implementing product limits in-store and online across the country except for Western Australia.

Meat supplies had warned of huge disruptions to their supply chains, with as many as 70 per cent of staff at some factories off work and in isolation. 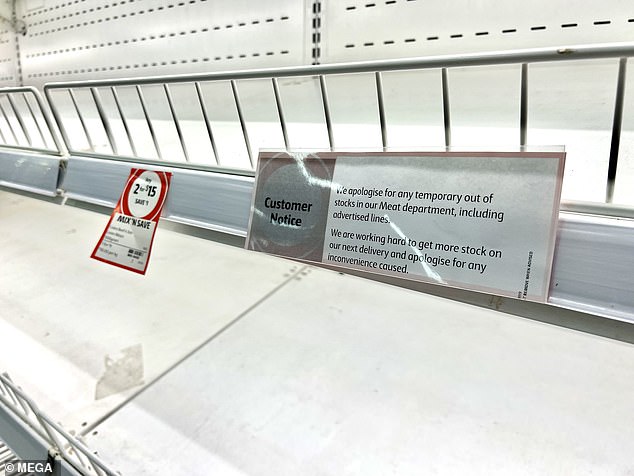 Meanwhile, in scenes similar to panic buying when the pandemic first began, supermarket shelves have now been stripped bare due to the lack of staff working. 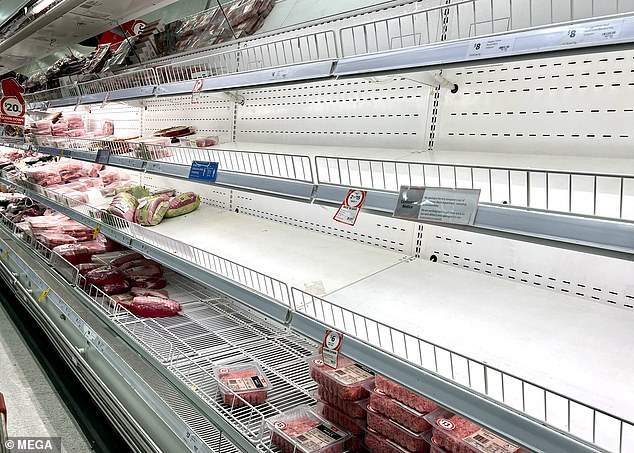 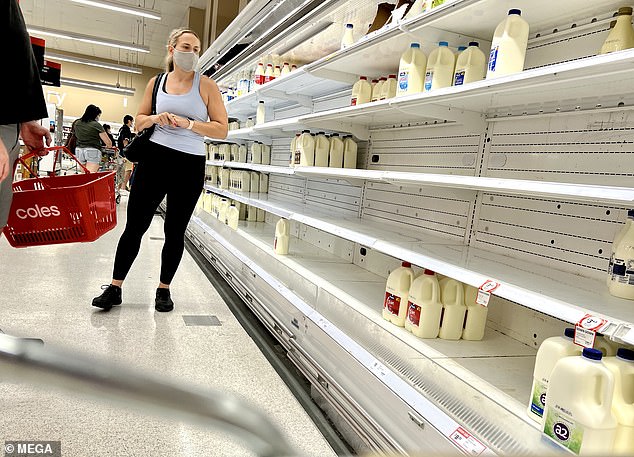 ‘We were facing a number of supply chain challenges already – a shortage of pallets and a shortage of truck drivers,’ he told the Today show.

The Omicron variant has meant as much as 70 per cent of factory and farms workers are unable to go to work.

The peak industry body is calling for meat workers to get rapid antigen testing priority to keep them working or face a nationwide meat shortage in the next two weeks.

‘This is an emergency as of now,’ Australian Meat Industry Council chief executive Patrick Hutchinson told Seven News on Thursday.

‘We’re now seeing a large amount of meat workers who actually can’t get to work.’