After almost 20 years in Australia, I’m used to hearing misrepresentations of my home country, the Republic of Ireland, from people who think that makes me British (it doesn’t – I have two passports, Irish and Australian) to stupid jokes usually involving potatoes and whiskey (just for the record, I do love potatoes, but can’t abide whiskey).

These jibes have died out a bit in the last couple of years, probably due to Covid and lockdowns occupying so much of people’s time.

But Covid and misunderstanding Ireland came together yesterday when Today show host Allison Langdon questioned epidemiologist Tony Blakely for arguing that Australia should wait until 90 per cent of people are vaccinated against Covid-19 before ending lockdowns for good.

Today show host Allison Langdon and her guest, Professor Tony Blakoverlooked an important fact when she said no country had achieved a 90% vaccination rate – Ireland has

‘Can I ask why you’re confident that we will get to 90 per cent when we’ve seen no country anywhere in the world reach that point?’ Langdon asked.

Professor Blakely said countries such as Singapore, which has an 81 per cent double-dose rate, were on their way to reaching that figure.

‘I believe we will get there, but it won’t be overnight,’ he said. ‘It will be slower progress from 80 to 90 per cent than it has been so far.’

But both the TV host and the professor were unaware of an important example.

In Ireland, 90 per cent of people are fully vaccinated and 92.2 per cent have had at least one dose.

Ireland’s journey from Covid hotspot to nine out of every 10 eligible people being vaccinated has been a long and deadly one, but ultimately successful.

After opening up from lockdown too early last Christmas, Ireland paid the price in January with Covid infections topping 8,000 a day in a country of just 4.9 million.

A strict lockdown was re-imposed and police checkpoints were used to ensure people stayed within a 5km distance from their home.

Ireland was the last country in the European Union to reopen bars and restaurants for indoor service, and when it did so it was restricted to those who are fully vaccinated or with a negative test. 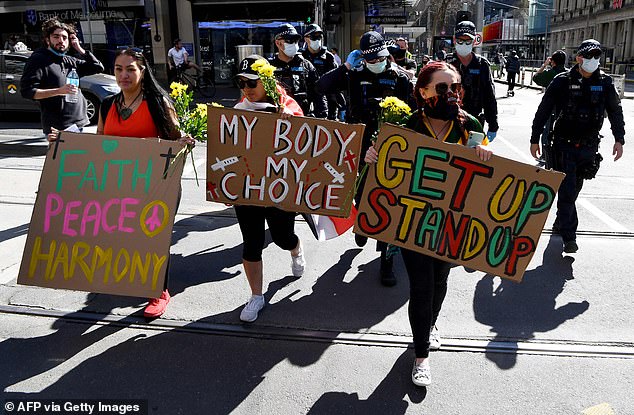 After months of hard lockdowns, the chance to meet friends for a meal or a drink was enough to get some vaccine skeptics over the line.

Get a couple of very safe, scientifically-tested jabs, or have no social life? For most, it was an easy choice to make.

Ireland is a very wet country, but cheap flights mean getting away for a break to countries such as Spain and Portugal is a sunny option for a lot of people. Or it was until Covid hit and grounded the vast majority of flights.

The opening up of much international travel to the fully vaccinated in recent months was therefore also a huge factor in some people getting over their fears of the jab. Be permanently stuck in a country where it rains far more days than it doesn’t, or get vaccinated and fly to a sunny beach resort? Again, it was an easy choice for most. 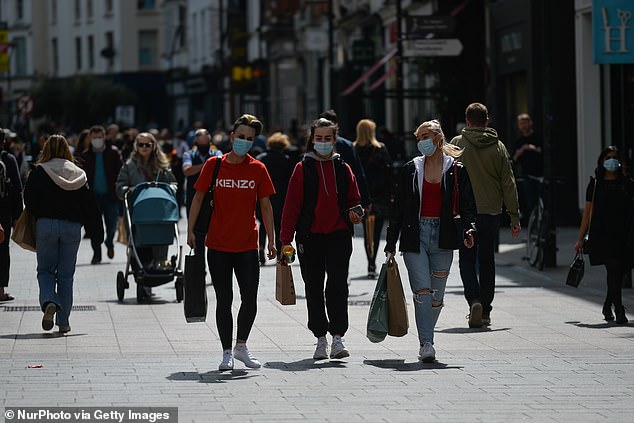 A busy Grafton Street in Dublin, Ireland, where 90 per cent of the population is fully vaccinated.

The other, and maybe most important, factor in Ireland’s vaccine success is that it hedged its bets on which vaccines to use – unlike Australia which initially put most of its eggs in the AstraZeneca basket.

Ireland signed up to five advanced purchase agreements for different vaccines, while Australia was haggling over the cost of the Pfizer vaccine.

Four of these have subsequently been authorised for use in the European Union – AstraZeneca, BioNTech-Pfizer, Moderna and Johnson & Johnson’s Janssen vaccine.

The EU also has purchase agreements with Sanofi-GSK and Curevac, and has held exploratory talks with two other vaccine producers – Novavax and Valneva.

Overall, Ireland is expected to get 14 million doses by the end of the year, more than enough to vaccinate the entire country.

So yes, Allison, it is not only possible for a country to reach a 90 per cent vaccination rate, Ireland has already done it.

And the message for all those who are sick of lockdown is simple, get vaccinated, wear a mask and soon we will hopefully all be back to normal.