A woman in her sixties has suffered severe burns after a freak barbeque accident on Australia Day.

The horrific incident unfolded in the Darling Downs region of Queensland on Sunday afternoon.

A can of insect spray is thought to have fallen into a lit barbecue, exploding into the woman’s face and body.

A woman in her sixties was airlifted to hospital around 4.30pm on Sunday after a can of fly spray fell onto the grill of a BBQ and exploded

The RACQ LifeFlight Rescue helicopter responded to a call around 4.30pm.

The Queensland Ambulance Service drove the woman to a park close by, where the helicopter was waiting.

She was airlifted to Toowoomba Hospital, in a stable condition. 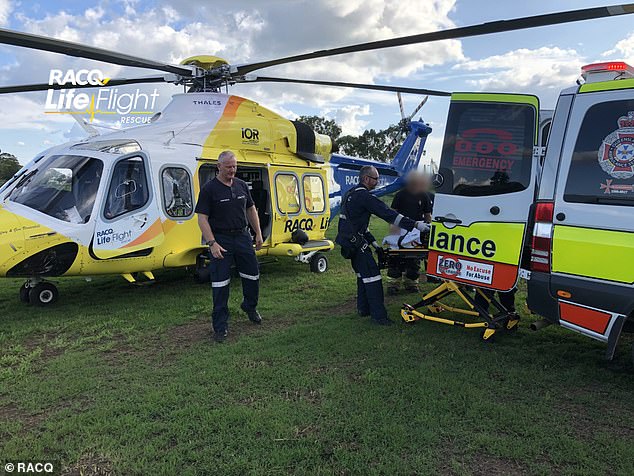 The woman also suffered chemical burns as the spray from the can covered her face and her arms, she is in a stable condition