When WILL Labor start to understand EVs? Embarrassment for Albo as he launches his electric car policy with $200,000 Mercedes NO-ONE could afford that’s not being released for YEARS – after Bill Shorten’s ‘8-10 minutes to recharge’ radio blooper

Labor has come under fire for spruiking its electric vehicle policy with an advertisement featuring a $200,000 Mercedes that won’t be released until 2024.

The ad shared on social media shows a picture of the Mercedes Vision EQXX which can travel more than 1,000km on a single charge.

In a Twitter post alongside the advert, Labor mocked Scott Morrison’s 2019 scare campaign that Labor’s policies to reduce car emissions would ‘end the weekend’.

Labor has spruiked its electric vehicle policy with an advert featuring a $200,000 Mercedes that won’t be released until 2024 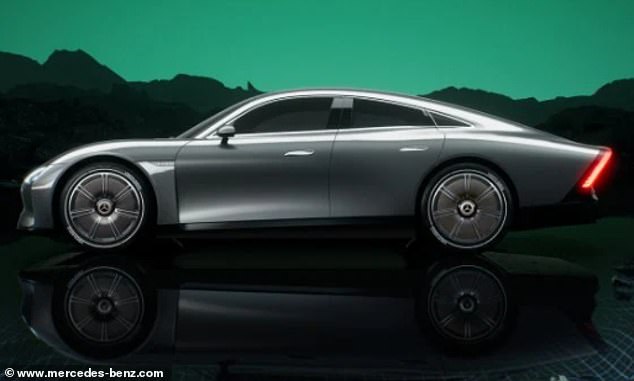 The car (pictured on the Mercedes website) is estimated to cost $200,000

‘Scott Morrison might have scared Australia by claiming that EV’s will ”End the weekend”, but under an @AlboMP Labor Govt ‘range anxiety’ will be a thing of the past,’ it said.

‘With 117 fast charging stations on highways across Australia, you’ll be able to fuel your weekend, & help save the planet.’

However, the car used in the advert is not due on sale until 2024 and motoring experts estimate it will cost about $200,000 – a price far too expensive for the vast majority of Labor’s supporters.

A major criticism of electric cars is that they start at about $50,000 – although the price will come down over time.

Liberal Senator Hollie Hughes said: ‘Labor want Australian families to buy electric cars that won’t be released until 2024 and at a price that is out of reach for most Australians, just to promote their ill-thought-out policy.’

Former Labor leader Bill Shorten also faced criticism for his electric car policies – and was slammed for saying they take 8-10 minutes to charge.

It actually takes at least half an hour. 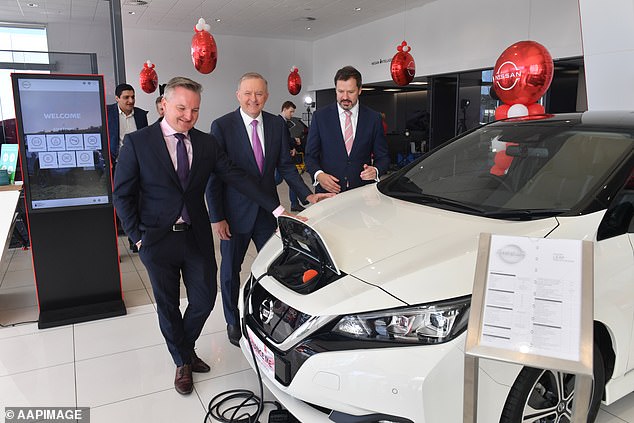 Charge stations will be located 150km apart on major roads and the NRMA has offered to chip in $39million to help build them.

‘That means you’ll be able to drive an electric vehicle across the country – Adelaide to Perth, Brisbane to Mount Isa,’ Mr Albanese said on Sunday.

‘Imagine a future where you don’t have to worry about petrol bills. We can get there, but we need government to build the foundation for it.’