Australia were forced to settle for a draw against Pakistan after Pat Cummins’ side were frustrated by Babar Azam in Karachi.

While a record victory target of 506 barely looked possible, Babar’s heroic 196 – scored in a marathon 425-ball vigil – ensured Pakistan would walk away with an unlikely result on Wednesday.

Babar faced the equivalent of 70 overs and five balls during his incredible second innings, and without his contribution his side would have stood no chance of surviving until the end of the third session. 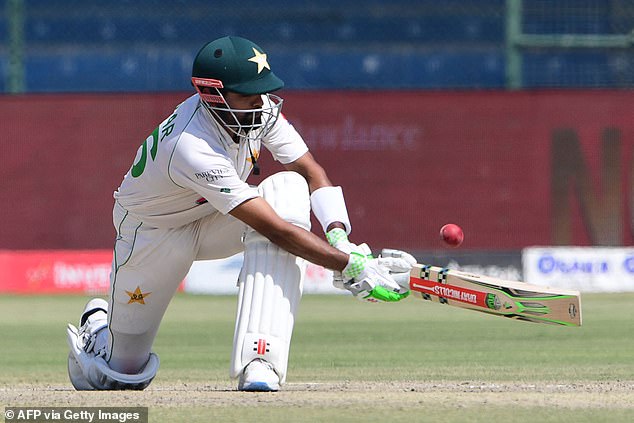 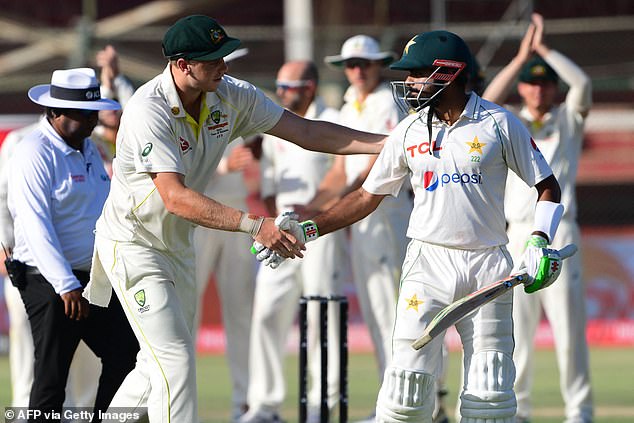 Australia began the final day needing eight wickets to go 1-0 up in the three-test series. Pakistan, on the other hand, required 314 runs in 90 overs to pull off test cricket’s greatest chase or, alternatively, bat out three sessions to force a draw.

A burgeoning third wicket stand between Babar and Abdullah Shafique had kept Pakistan in the contest and the duo continued to frustrate Australia when play resumed.

Mitchell Starc and Pat Cummins could not make early inroads with the new ball and Babar greeted Mitchell Swepson with back-to-back fours when the leg spinner was introduced into the attack.

Abdullah and Babar batted together for nearly 87 overs in a spectacular rearguard before Cummins broke the 228-run stand in the penultimate over before lunch. 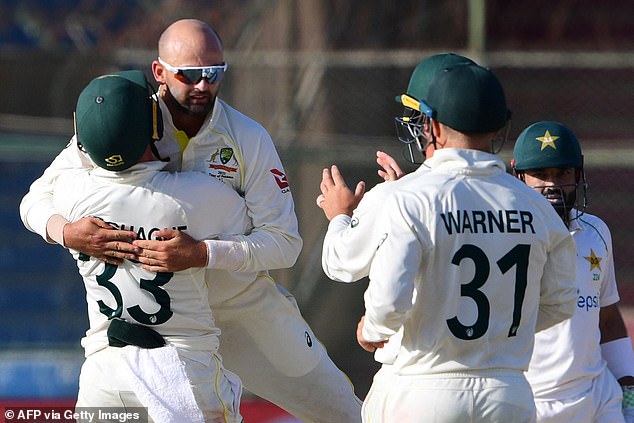 Despite a late flourish from Nathan Lyon, Australia were unable to skittle the hosts in Karachi 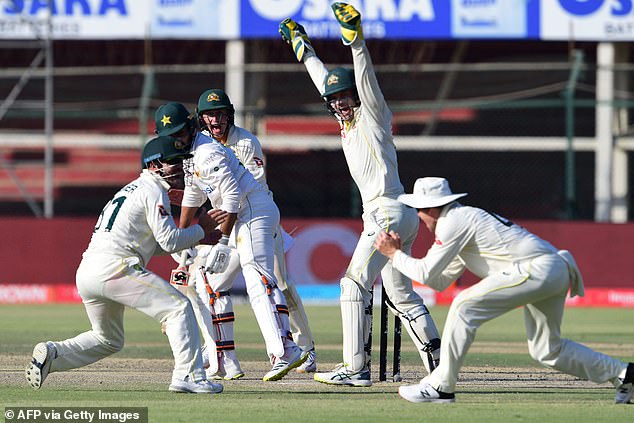 The Australia captain induced Abdullah into a drive and Steve Smith, who had dropped the opener on 20 on Tuesday, took a waist-high catch at slip to complete the dismissal.

Abdullah hit six fours and a six during his 305-ball vigil.

Cummins struck again after lunch when he removed Fawad Alam caught behind for nine. Babar duly completed 150, his first in test cricket, and the celebration was muted considering the task at hand.

He was so close to scoring his maiden double ton, only to lose his wicket to Nathan Lyon, who duly dismissed Ashraf to give himself the chance of a hat trick. 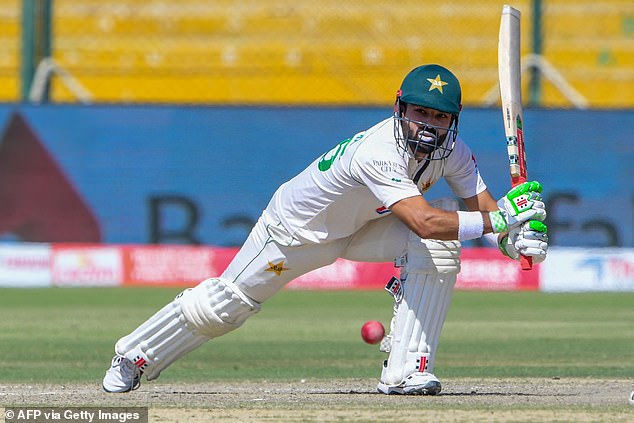 Sajid Khan survived the following ball but didn’t stick around for long, with Lyon the creator in chief as the wily spinner breathed life into the Aussies’ hopes with mere overs remaining.

However, Mohammad Rizwan – who scored an outstanding 100 runs – and Nauman Ali dug in to stifle the Aussies and the series will go to a decider in Lahore next week.

Rizwan was almost dismissed with three overs remaining, but Usman Khawaja – who scored a sublime 160 runs in the first innings – dropped from Mitchell Swepson and was denied a chance of a fairytale ending in the country of his birth.