Anthony Albanese has tipped that Australians will soon be eligible for a fourth Covid vaccine, despite some experts saying the additional shot is unlikely to stop new Omicron variants.

The second booster is currently only available for Australians over 65 or those with vulnerable health conditions.

But the Australian Technical Advisory Group on Immunisations (ATAGI), are set to consider the fourth dose for the masses at its meeting on Wednesday.

The Prime Minister told radio station 6PR in Perth that it was crucial Australians get their third shot because it reduces the disease’s symptoms.

‘I know that the authorities including ATAGI are looking at that (approving a fourth jab),’ he said.

‘I think it’s a question of when rather than whether it will happen. We need to make sure that people continue to keep up their vaccinations.’

Anthony Albanese said he expects the fourth Covid jab to be approved for the masses, saying ‘it’s a question of when rather than whether it will happen’

‘We need to broaden it and we need to do it quickly’, Hazzard said at a press conference on Tuesday before going onto say he had advocated for the fourth shot when meeting with state and federal ministers last week.

Mr Andrews said he believed health workers should be made a priority for fourth dose.

‘They were the very first to be part of the Commonwealth vaccination program. Some of their immunity is waning, so getting them fourth jabs as fast as possible is very important to help keep Covid out of the hospital,’ he said.

The campaigning for the fourth dose comes as Australia’s best pandemic advisers warn the winter Omicron wave could be the worst yet.

As it stands people aged 16 and up with chronic cardiac, neurological, kidney, liver and lung disease, who are severely obese or underweight, or with other conditions that leave them immunocompromised are able to access a fourth jab from May 30, alongside those who are over 65 or are Indigenous Australians. 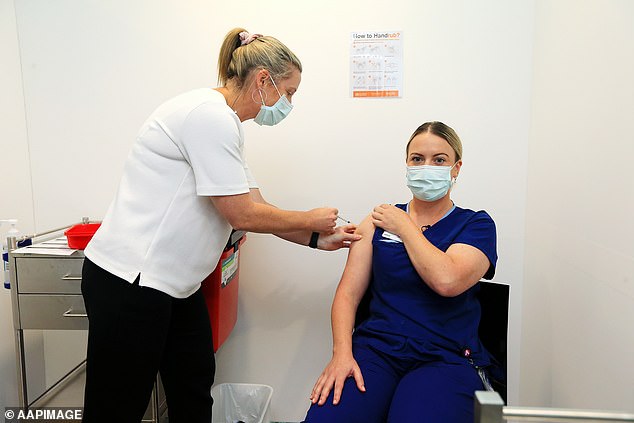 Currently fourth jabs are only available to over 65s and people with conditions, with vaccine advisory groups considering approving the fourth Covid jab for all Aussies 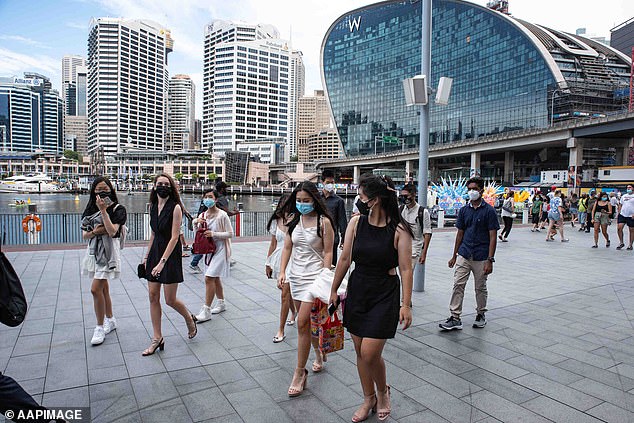 Writing in The Conversation on Monday, University of South Australia Professor of Epidemiology Adrian Esterman said existing vaccines, however, are ‘unlikely’ to protect against infection.

‘Although current vaccines based on the Wuhan strain will still provide some protection against serious illness and death against BA.4/5, they are unlikely to provide much, if any, protection against infection or symptomatic disease,’ he said.

Professor Esterman said Moderna’s second-generation vaccine, which is currently in trials, would work better against the latest subvariants.

‘The benefits of the vaccine for younger people do not warrant the decision that they have a fourth dose made available to them,’ he told reporters in Canberra in June.

‘There’s a general acceptance that there’s no evidence right now that the fourth dose is particularly called for for younger people who don’t have compromised immunity,’ he said.