Australia no longer has any coronavirus hotspots but Health Minister Greg Hunt has warned the country is ‘not out of the woods yet’.

Mr Hunt said the removal of defined hotspots following just one case of community transmission in the past three days shows the nation is ‘containing the virus’.

He said Australia’s response to the deadly virus ‘had been tested and tested again and continues to function’.

‘We’ve had outbreaks in South Australia recently, in New South Wales, in Queensland. And in Victoria,’ he said.

Mr Hunt said while community transmission could fluctuate in the coming days and weeks, Australia is in a much better position than the rest of the world.

‘There will be days where there may be a requirement for the Commonwealth hotspot definition to be re-introduced,’ he said.

There have been 2.2million cases worldwide in the past three days, with 47,000 deaths.

‘Although what we face is challenging… and disrupting, the results in Australia are light years away – and a universe way – from what we’re seeing in so much of the rest of the world,’ he said.

The one case of community transmission was recorded in New South Wales on Saturday, a Western Sydney man linked to the Berala BWS cluster.

Mr Hunt said Australia had experienced ‘immense achievement and progress’ in the fight against Covid-19 but challenges remain. 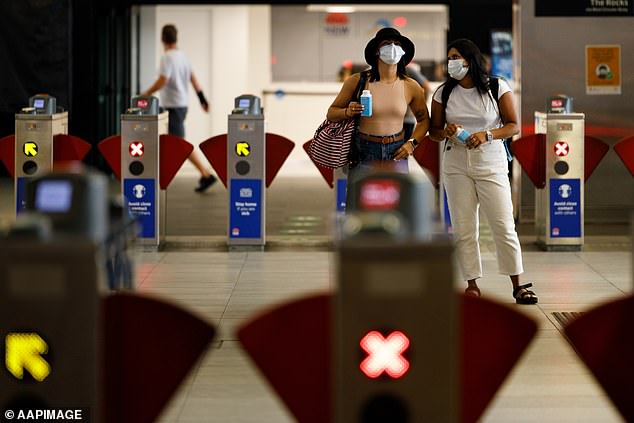 Mr Hunt said while there may be community transmission over the coming days and weeks, Australia is doing much better compared to the rest of the world. Pictured, train commuters wearing masks in Sydney

‘And our challenges remain always, whilst there is a disease that is abroad in the rest of the world but Australians are doing incredibly well.

‘Our systems are holding up and over the course of that time, those three days, there have been over 160,000 tests conducted in Australia.’

In metropolitan areas, the trigger point for considering an area a hotspot is the three-day rolling average being 10 locally acquired cases per day, or 30 cases in three consecutive days.

In rural or regional areas, a rolling three-day average of three locally acquired cases per day, or nine cases over three consecutive days, is the trigger point.

Australia is due to start administering the Pfizer Covid-19 vaccine from mid-February, with the government investigating safety concerns out of Norway.

The Norwegian Medicines Agency has reported 29 people had suffered side effects from having the vaccine, 13 of them fatal.

Foreign Minister Marise Payne has also tasked the Department of Foreign Affairs and Trade to seek advice directly from the Norwegian government. 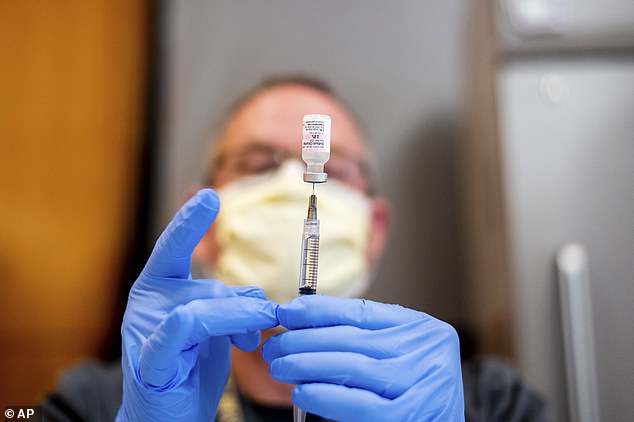 Mr Hunt said Australia is investigating safety concerns about the Pfizer Covid-19 vaccine (pictured) coming out of Norway. Australia has ordered 10million does of the vaccine

‘So as further information is available, we’ll share that with the Australian public,’ Mr Hunt said.

The Pfizer vaccine forms only part of Australia’s response to Covid-19, as there will be a greater use of the AstraZeneca, and home produced, vaccine once it has been approved.

All six are close contacts of the Western Sydney man reported on Saturday.