Australia has recorded another three deaths from coronavirus in the last 24 hours as fears grow about outbreaks in Melbourne and Sydney.

Victoria had a dramatic drop in cases on Saturday – a total of 217 compared to 428 on Friday.

In New South Wales, another 15 cases were announced on Saturday – five of which are connected to the growing Crossroads Hotel cluster in southwest Sydney.

Meanwhile players from the NRL West Tigers, who live in a hotspot, have been cleared to play and defeated the Brisbane Broncos on Friday.

Here is the latest snapshot of coronavirus in Australia: 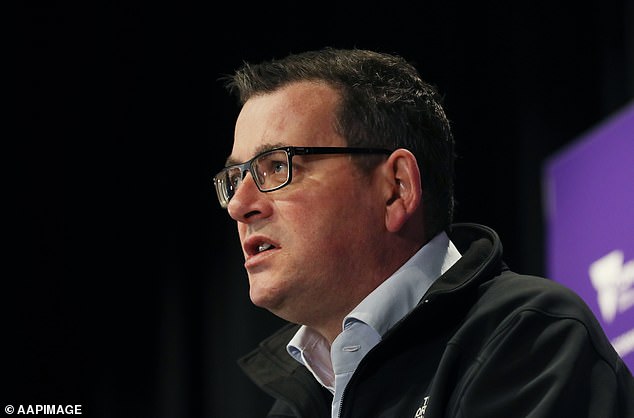 Victoria recorded 217 new cases and another three deaths, down from 428 new cases on Friday, which was the nation’s biggest one-day tally since the pandemic began. Pictured: Victorian Premier Daniel Andrews

* Victoria recorded 217 new cases and another three deaths, down from 428 new cases on Friday, which was the nation’s biggest one-day tally since the pandemic began.

* NSW confirmed 15 new cases, five connected to patrons who went to The Crossroads Hotel in southwest Sydney, while a Thai restaurant in Wetherill Park joined the growing list of venues to host people who have tested positive.

* Western Australia recorded three new cases but only one is still active, a man who flew in on an Emirates flight from Dubai as part of a maritime crew swap-over, which is the 20th case identified from the July 1 flight. 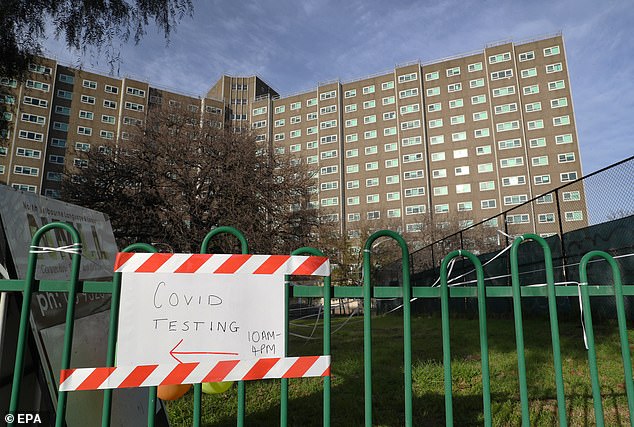 * Returning travellers to SA and NSW must now pay part of their hotel quarantine bill.

* The Health Workers Union lodged a legal challenge on Friday to stop not-for-profit Victorian aged care provider Mecwacare from sacking its staff if they work for a second employer, which is a COVID-19 safety measure.

* Brisbane-based women’s activewear company Lorna Jane has been slapped with a $40,000 fine for allegedly claiming its clothes could prevent infection.

* It could be at least a month before parliament can debate Treasurer Josh Frydenberg’s economic and fiscal update, with the prime minister seeking to cancel the planned sitting in early August.

* The decision is based on advice from acting Chief Medical Officer Paul Kelly, who fears the outbreak in Victoria and worrying trends in NSW would pose a “significant risk” to MPs and the broader ACT community.

* Mr Frydenberg says some form of income support will continue when the federal government’s JobKeeper wage subsidy ends in September. 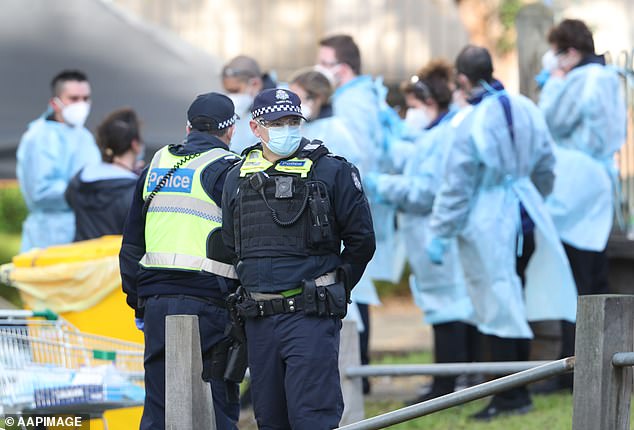 Australia’s total number of cases is now 11,441 with 3,161 cases active and 8,162 recovered (pictured, police watch over a locked down housing tower in Melbourne on Saturday)

* Rugby league team Wests Tigers, which has players who live in Sydney’s COVID-19 hotspots but have been cleared of the virus, smashed Brisbane Broncos at Leichhardt Oval on Friday night.

* West Coast and Fremantle face off at the AFL western derby at Perth’s Optus Stadium on Sunday, with the crowd capped at half-capacity of 30,000 to ensure social distancing.

* July 19 – WA’s travel exemptions for people in NSW will tighten, matching the criteria for Victoria.

* July 23 – The treasurer will hand down his economic and fiscal update, which will contain the government’s response to a Treasury review of JobKeeper and the enhanced JobSeeker dole payment.

* July 31 – The earliest date Tasmania may open its borders to the mainland after delaying the move, previously planned for July 24. 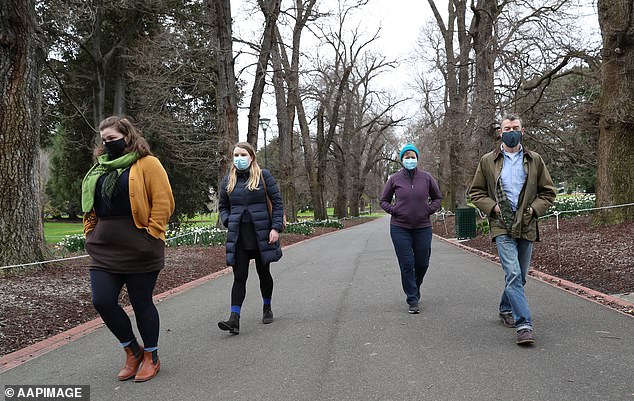 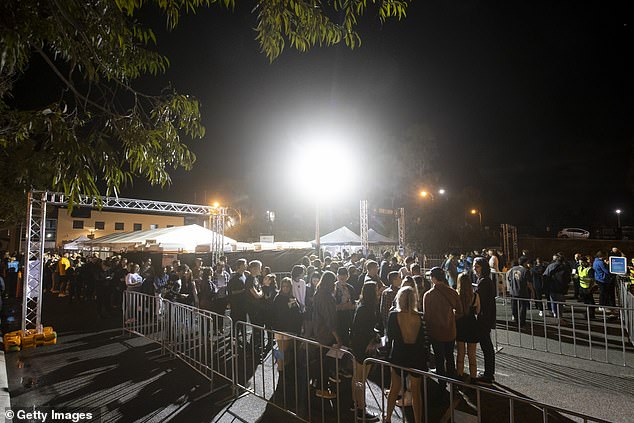 Concerns over social distancing in Perth after two AFL matches with crowds of more than 22,000 and patrons lining up to enter the Castaway Unlocked festival at HBF Stadium (pictured on Saturday)